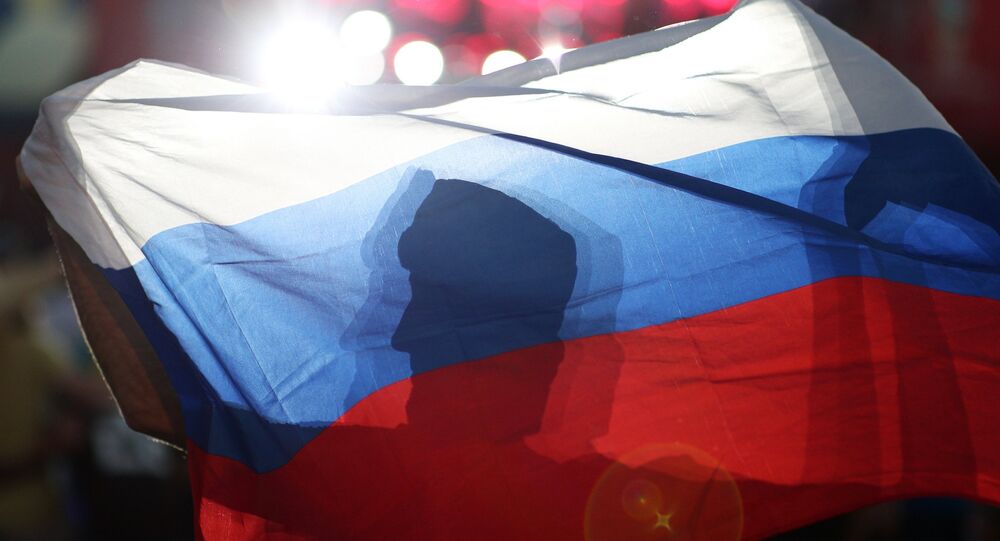 According to WADA, only "clean" Russian athletes will be allowed to compete in the upcoming Olympic and Paralympic Games, but under a neutral flag and without playing the country's national anthem.

The World Anti-Doping Agency's Executive Committee has greenlighted a ban on Russia's hosting of and participation in major international sporting events for four years, citing ostensible lab data tampering. The WADA Executive Committee’s decision on Russia will go into effect in 21 days or after an appeal through the Court of Arbitration for Sport (CAS).

According to Margarita Pakhnotskaya, deputy director-general of the Russian Anti-Doping Agency (RUSADA), the issue of the Russian ban will be addressed at an extraordinary meeting later this month.

"We will hold [an extraordinary meeting] of the Supervisory Board on 19 December, and we will discuss this issue there. In the meantime, if we look at the situation as it is, in principle, not only RUSADA can submit it [the appeal], but also the Russian Olympic Committee, the Russian Paralympic Committee and the International [Sports] Federations", Pakhnotskaya said.

Sergei Alekseev, chairman of the Commission on Sports Law of the Association of Lawyers of Russia, is confident that in formal legal terms, there were no grounds for revoking RUSADA's compliance status because the agency has been audited twice in the last year by WADA for an A-plus.

He said that the agency is recognised as one of the best agencies in terms of compliance with the World Anti-Doping Code. Therefore, the status of RUSADA has been temporarily suspended on a formal, far-fetched pretext, and all other sanctions follow from this, he added.

But RUSADA's status has been suspended illegally, unreasonably, and under Article 23.5.4 of the World Anti-Doping Code, we have the right to appeal against this decision within 21 days, Alekseev stated.

"We've handed over all the materials, all other further studies were carried out without our presence in violation of international legal procedures. We don't know what was happening there with all these databases; what was compared to what. We see only the conclusion, only the resolution", he said.

According to Alekseev, the decision is illegal and unjustified and requires an objective judicial review of the international sports arbitration provided for this purpose in Lausanne.

Meanwhile, Christof Wieschemann, the lawyer for skiing gold medallist ­Alexander Legkov, whose disqualification was overturned, believes that this is the same approach with which the IOC rightly failed in the two proceedings against former Sports Minister Mutko and the Russian athletes before the Court of Arbitration for Sport (CAS) in Lausanne, in the proceedings against Alexander Legkov even before the Swiss Federal Court.

According to Wieschemann, it is manifestly illegal, if not arbitrary, and exposes the double standards that prevail in the fight against doping rather than the fact that it could strengthen credibility. The sufferers are in the end again the athletes, who are claimed to be protected in sports, he said.

"The thousands of manipulations of data from the Laboratory Information Management System of the Moscow Doping Laboratory is not only inexcusable, but the dilettantism with which the responsible persons proceeded renders [one] speechless. It must be highlighted that this assessment refers rather to the statement of Yuri Ganus than the assessment of WADA. The report of CRC is not public and as far as I know not disclosed to Russian authorities. Hence, we do not know on which evidence the assessment of WADA relies", Wieschemann underlined.

"We always note that our Badminton Federation was born in 1962. Since then, for 57 years we haven’t had a single doping case; we’ve never had. We’ve had 57 years of clean sport, and we haven’t had any criticism; but at the moment we are getting some sanctions for it. That’s very strange. It’s a strange situation, strange laws. They seem wrong to us”, Bagdatyev said.

"The whole country is appalled. I am a coach who has worked for 53 years and has had many Olympics. I can say that I have never used anything, never! Those who used it [doping] should be punished. But they probably wouldn’t be picking on us out of anywhere for the second four years in a row", Tarasova said. "Our athletes and coaches are treated with respect. The Grand Prix Final (of Figure Skating) has just ended, we have seen it. But I'm sure we'll see our athletes on the awards stand, I'm sure of it, but they will be without a flag. We deprive our athletes, our homeland, our country, and the people who bear responsibility must be held accountable for that".