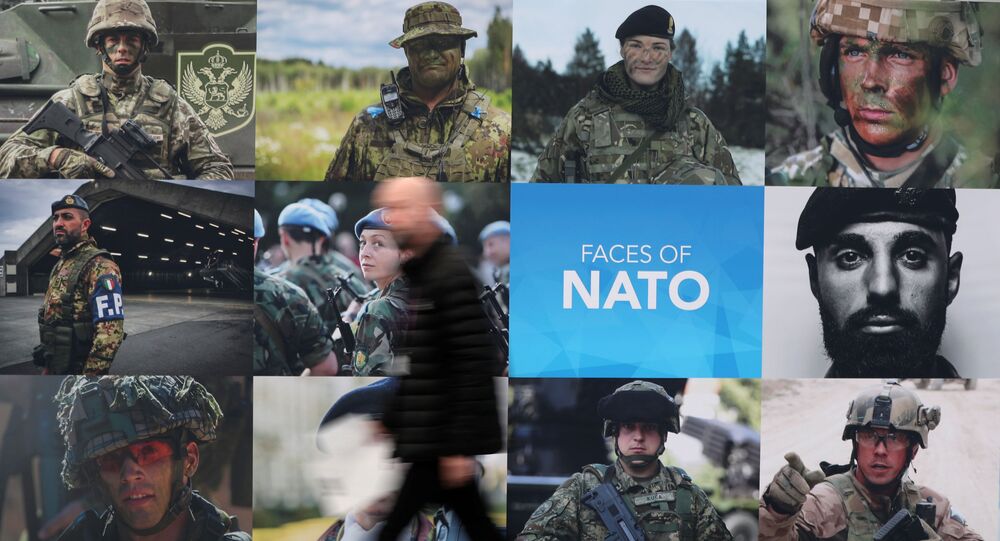 The NATO summit, held on the bloc's 70th anniversary, has concluded in London. The two-day event has been marked with clashes between leaders and appeared to highlight disagreements over joint policy. French expert on international relations, Xavier Moreau, has commented on the divisions within the military alliance.

Sputnik: This has been a tempestuous summit - what is the reason for this?

Xavier Moreau: NATO's main problem is, at this time, as the German philosopher Carol Schmidt used to say: ‘They need to set an enemy'. The problem is, NATO is its own enemy. For France, Stockholm, for Germany and for England, the main enemy is terrorism. People will kill other people in the street. Thus, they use Islamist proxies to fight against, what was in the beginning, [current Syrian president] Bashar al-Assad. In the United States it is almost the same; the Islamists can be a proxy to fight against, for instance, Bashar al-Assad. So this is the first time in history that there is a military alliance where different members have different enemies. You can't change the fact that there is not a common enemy of NATO. Of course Washington wants the common enemy to be Russia, but that won't work with Germany, and it certainly won't work with France's Emmanuel Macron. So the main problem, and the reason why this NATO summit is a complete failure, is because there is no more common enemy.

Sputnik: Both US President Donald Trump and NATO Secretary General Jens Stoltenberg dodged direct responses to the possibility of imposing measures against Turkey over its acquisition of Russian-made air defence missiles - a factor that has caused controversy among the bloc. How vital is this topic in the NATO talks?

Xavier Moreau: The Russian weapons being sold to Turkey create a double problem for the United States. The first thing being that the US military aims to sell weapons. It's a way to control the armies, even that of the ally, like Turkey, for instance. But now, this shows that a country like Turkey can use the weapon that they've bought to potentially destroy NATO planes, for instance, if we're talking about the S-400. Again, of course, it's a very bad move for NATO, and even for the United States.

But again, the reason is that the enemy of Turkey is not the same as that of the United States. The United States used to support the Kurds when Turkey wanted to neutralise them. So the basic reason for Turkey to act like that, by buying Russian weapons, is to stand as a test against NATO. This is concerning for NATO, because, in some cases, the Russian military equipment is the best, concerning, for instance, the S-400's and [Russia's] hypersonic weapons.

Sputnik: Boris Johnson has confirmed that the UK commitment to NATO is ‘rock solid’, but this comes amid criticism that the alliance is ‘past its sell-by date’. Does NATO have a stable future, or could we be on the cusp of a new military alliance?

Xavier Moreau: In regards to Boris Johnson, as long as you are going to leave the European Union, you will have to be closer to the United States. Concerning England in specific, of course, NATO is a very important part of their foreign policy. As I have said before, because the other NATO countries don't hold a common enemy, the future of NATO is not very stable. At the same time, there are some countries, like France and Germany, that want to be closer to Russia, and again, they won't have the same enemies in Poland or the Baltic countries. So, basically, the complete failure of the NATO summit lies in the fact that there is no more common enemy, and the fact that the new US enemy, which is China, will not be fought by NATO. The problem is that the leaders, mainly, Donald Trump, would like to orientate a Cold War structure with a new arch enemy, which, in my opinion, will not work in this orientation.