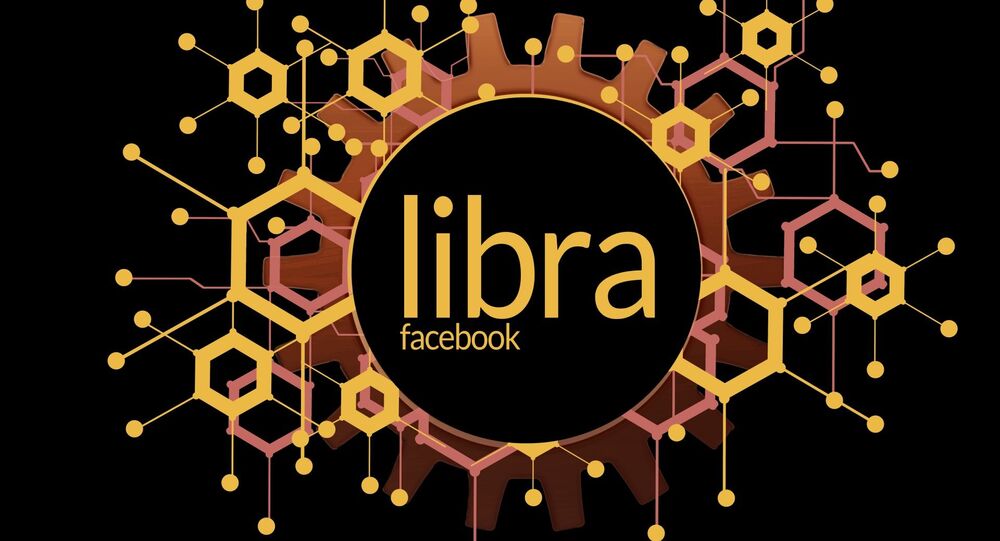 BRUSSELS (Sputnik), Luc Rivet - In a show of rare harmony, European governments have closed ranks against Facebook's planned digital currency, Libra, with both the European Commission and EU core countries expressing their strong concerns over the project.

Yet, the European leadership is not alone in its wariness to embrace the initiative, with Facebook chief Mark Zuckerberg also having a tough task to defend Libra in US Congress. Last week, his congressional testimony on the issue took more than three hours and left the legislature dissatisfied with Zuckerberg’s reluctance to help develop a new system to control the growing use of cryptocurrencies.

Since Facebook announced its plans to launch own cryptocurrency in 2020 in June, the initiative has been met with criticism from both policymakers, concerned about the company's dominating role in the market and user privacy issues, and regulators, which say that the proposed cryptocurrency may destabilize the global financial system.

The Facebook founder, in turn, warns about the alleged threat of Chinese superiority if the social giant is not given free rein for its new private currency. Zuckerberg, at the same time, asserts that Facebook will use Libra only if US regulators give the green light. Yet, many questions remain open, especially regarding the control of the digital currency and how to prevent criminals from abusing it.

According to Scholz, he is "very, very critical of Libra" because of his strong belief that the sovereign right to issue a currency must remain in the hands of a state, not private companies. However, he believes that an e-euro would be good for Europe’s financial system as the field should not be left to China, Russia, the US or any private providers.

Another voice opposing the introduction of Libra in Europe is France, which is believed to be spearheading the action. Speaking at the meeting with his G7 counterparts in Washington on October 18, the French minister of the economy and finance, Bruno Le Maire, has warned that "with Libra, countries would lose their sovereignty to private interests and lose control over their monetary policies," which would be totally unacceptable.

The united front of France and Germany has been joined by Spain, Italy and the Netherlands to name but a few important EU economies.

Against the backdrop of these negative reactions in Washington and Europe, Visa, Mastercard and PayPal that were among the heavyweights that joined the currency project have since discreetly left it. Others such as Uber have remained in the consortium.

The Libra Association, which is based in Geneva, is nevertheless struggling to explain that everything is all right.

"We are in dialogue with the European authorities. Our priority is to partner with the European regulators to ensure that all their 32 questions, sent to us by the Commission’s financial services department, are rightfully addressed. We have sent our answers and expect them to come back to us," a Libra Association spokesperson told Sputnik.

The European Commission, meanwhile, told Sputnik that it "is now analysing the replies," but still has no understanding how Libra intends to operate in the European market.

"Our short-term priority is to continue our legal assessment of the crypto-currency … Commission services – covering financial services, digitalisation, competition, taxation, anti-money laundering and data protection – are currently closely looking into the matter to gain a fuller picture of its regulatory implications. Libra must be authorised and supervised appropriately to ensure financial stability and consumer protection. At this stage, it is too early to say how the project can be launched in the EU," the commission’s spokesperson said.

How Will Libra Work: Altruism or Purely Private Interests?

Sputnik approached an expert in cryptocurrencies, Tristan Dissaux, a postdoctoral fellow at the Centre for European Research in Microfinance of Free University of Brussels, to learn how Libra could function. Dissaux referred Sputnik to his article published by analytical website The Conversation in June.

Dissaux offers to imagine that the year of 2020 has come and Facebook has deployed Libra.

"Facebook, WhatsApp, and Instagram are now one service, and provide an electronic wallet that allows their more than 3 billion users to trade in Libra. This new cryptocurrency is managed by the consortium formed around the Californian company. Goods and services sold by its members, such as eBay or Uber, become payable in Libra, while their employees are encouraged to receive all or part of their salary in Libra," Dissaux said.

In addition, he went on, let's say Janeth who lives in the United Kingdom and regularly sends money to her family in Zambia now finds in Libra an "economic and practical alternative to the ancient MoneyGram or Western Union."

"The Libra is quickly circulating in several countries in Africa, where the majority of the population has a connected smartphone in the absence of a bank account," he added.

The same situation is with a hypothetical Luis from Venezuela.

"It has been several years that he survives thanks to bitcoin, in a country whose national currency, the bolivar has lost most of its value. Luis has converted his assets into Libra and encourages his family to emulate him. In a few weeks, a large part of the population is doing the same, precipitating the bolivar in a new crisis," Dissaux warned.

Thus, the Facebook cryptocurrency creates its own business ecosystem while the "corollary of the network effect is that it will be more and more untenable not to be a user," with the "opportunity cost for those who do not adopt it and who find themselves excluded" inevitably growing, according to the expert.

Finally, the expert stressed that beyond the fascination that the technology can present in terms of the declared mission to resolve the problem of inaccessibility of "even basic financial services" across the globe, it is important to grasp related risks.

"Because beyond highlighting the altruistic nature of the initiative, the Libra is primarily a private currency, managed by companies responding to private interests. Each digital transaction will benefit an intermediary ... In short, it must be borne in mind that the Libra will first serve the companies that carry it. By having their own money, these companies create a captive network, as the currency cannot be used with competing companies. In doing so, it is about making the consumer himself captive of a certain business ecosystem," he pointed out.

The expert, however, expressed confidence that, despite the opposition, the "project will see the day" once certain compromises with governments are found.

Will Stablecoins Emerge as a Real Competitor to Euro?

Facebook’s planned Libra has been well prepared. Zuckerberg and his experts understand pretty well that they must guarantee the value of their currency. That is why they aim to create a "stablecoin," a cryptocurrency backed by assets such as traditional money deposits in dollars, euros, yen or any currency, government securities or gold.

Yet, Europe is wary of such initiatives. German Finance Minister Scholz earlier said: "We cannot accept a parallel currency. We have to reject that clearly."

The German cabinet is expected to adopt a comprehensive blockchain strategy which aims to boost the relatively late digital transformation of the economy but also tackle the risks stemming from such projects as Libra.

In its blockchain strategy, Berlin declares that it will work closely with its European and international allies to prevent "stablecoins" from becoming alternative official currencies.

Etienne de Callatay, chief economist at Orcadia Asset Management in Luxembourg, shared skepticism toward Libra and other cryptocurrencies, doubting that they would serve the public interests.

"I am not a specialist, but I am of the old guard. The libertarian approach that the Libra conveys might be sympathetic at first sight, but I am of the old guard when it comes to economic and monetary policies. The existence of the Libra as a currency in Europe would a priori handicap the work of the Central Banks, which are at the service of the general interest, contrary to Facebook. Whatever happens, Libra will face a tough regulatory approach when the time comes," de Callatay told Sputnik.

EU governments might even block the authorization of Libra and other such new private currencies in Europe, backing instead the development of an alternative public cryptocurrency by the European Central Bank. The latter has said that it is working on a long-term plan to launch a public digital currency that could make projects such as Libra redundant.