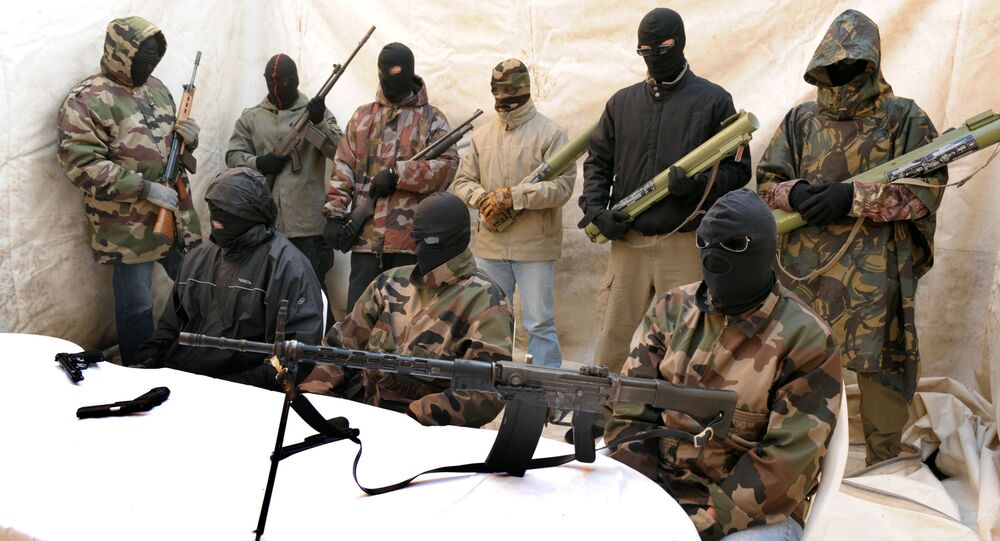 On Wednesday, having discovered another batch of leaflets, the National Anti-Terrorist Prosecutor’s Office took up the matter.

Earlier, in late September, FLNC representatives (including the “nationalist majority” governing on the island) suddenly announced they were coming out of the shadows.

Speaking to Sputnik, the leader of the Per l'Avvene faction of the Corsican Assembly, Jean-Marin Mondolini, condemned the illegal methods of struggle for the island’s autonomy.

“The announcement was rather unexpected. In June 2014, the underground movement announced that it had laid down its arms. After 40 years of political terror, this was a beneficial decision. In my opinion, the movement’s resuming its activities bodes no good. Let’s hope there will be no new acts of violence”, he said.

Indirectly, the FLNC supported the nationalist majority, which has 41 of 63 seats in the Corsica Assembly, the island’s parliament.

The majority faction Pè à Corsica appeared as a result of an agreement between various nationalist parties: autonomists from Femu a Corsica and U Partitu di a Nazione Corsa, as well as separatists from Corsica Libera.

“Corsica doesn’t need this. As for the majority, I don’t think it will be more united after this announcement. Corsica’s parliamentary majority includes representatives of different movements. A four-year test of power has resulted in the weakening of relations between them".

"The successive victories of the nationalists since 2014 can be explained by the new credibility given to the moderate branch following the success of the coalition led by Gilles Simeoni. They are also associated with the 2014 cessation of violence, which made alliances with supporters of independence possible. It seems to me that the Corsicans wouldn’t want political violence to resume”, the politician told Sputnik.

An announcement was made the day after the opening of a session of the Corsica Assembly, which started with a discussion on the manifestations of violence – not only of a political nature – in Corsica. A plenary session will be devoted to this multifaceted problem.

“Unfortunately, the proposal of the opposition faction Andà per Dumane, requiring the government to increase the number of employees of the French Ministry of Internal Affairs and the Ministry of Justice in order to better protect the rule of law and combat violence, was rejected. Opposition deputies voted in favour of the proposal, while the nationalist majority voted against it. This suggests that factions have a different attitude to violence, its origins, as well as to methods of dealing with it. The discussion of the issue will continue in the coming weeks”, Jean-Marin Mondolini concluded.

Bombs Found on Corsica Ahead of Macron’s Visit – Reports