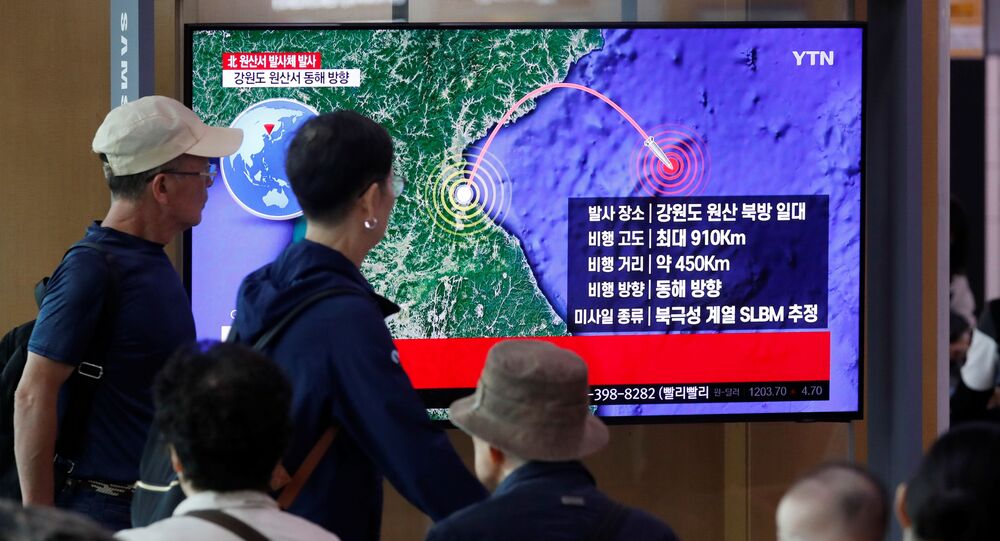 North Korea has already shown its goodwill and it’s now up to the US to make concessions for nuclear talks to resume. That’s according to Alejandro Cao de Benos, a Special Delegate for North Korea's Committee for Cultural Relations with Foreign Countries.

North Korea's chief nuclear negotiator, Kim Myong Gil blamed the United States side after the recent working-level denuclearisation talks failed. US and Korean negotiators met in Stockholm, Sweden over the weekend, but the DPRK’s official said the talks broke down after the US brought “nothing to the negotiation table.”

“The USA is sticking to its unilateral demand for denuclearizing without giving security guarantees, signing a peace treaty to end the Korean War, or lifting sanctions,” Alejandro Cao de Benos explained.

“The DPRK has already demonstrated its good intention by stopping any nuclear tests or ICBM launches and dismantling existing facilities. Without a firm step from the USA side, there will be no solution,” North Korea’s special delegate noted.

But Washington has denied that the negotiations failed. “The early comments from the DPRK delegation do not reflect the content or the spirit of today's [Saturday’s] 8.5-hour discussion,” State Department spokeswoman Morgan Ortagus said.

Ms. Ortagus also noted that the US side accepted Sweden’s invitation to resume negotiations in two weeks' time.

However, North Korean officials insisted that Pyongyang had no interest in continuing “sickening negotiations” with the United States.

Cao de Benos says it’s now up to Trump whether the talks will be held again.

“It's in Trump's hands. Our Marshal Kim Jong Un already said that he will wait patiently until the end of the year. If there's no positive sign from the US side, he can expect a full resumption of nuclear and ICBM tests and nuclear collaboration with any country that the DPRK will decide.”

Alistair Edgar, an Executive Director of the Academic Council on the UN System (ACUNS) at Wilfrid Laurier University in Canada pointed out that the main obstacle for talks is that Pyongyang sees no strategic benefit in serious nuclear disarmament.

“On the contrary, Kim Jong-Un has won recognition from Trump as a legitimate national leader on the global level as Trump has met with Kim Jong-Un repeatedly, and has even called it an honour to do so. Obtaining relief from US sanctions would be of value to the North Korean leader, but he retains his most important ally in Beijing - and it is doubtful that Beijing feels any impulse to try to urge KJU to make concessions to the US when Trump has started an unnecessary trade war with China.”

According to Mr. Edgar, North Korea is also well aware of what can happen to countries that gave up their nuclear weapons programs like Libya, and that once were allies of the US and faced direct US military intervention.

© AP Photo / Evan Vucci
n this June 12, 2018 file photo, U.S. President Donald Trump, right, shakes hands with North Korea leader Kim Jong Un at the Capella resort on Sentosa Island in Singapore. Kim’s fifth meeting with Chinese President Xi Jinping continues his ambitious diplomatic outreach that has included summits with the leaders of the United States, South Korea and Russia in the past year and a half. Experts say Kim is attempting to form a united front with North Korea’s main ally China to strengthen his leverage in the stalled nuclear negotiations with the United States.

So Pyongyang “would see any political or other US assurances of non-intervention (in addition to sanctions relief) in return for denuclearization, as having limited value especially now that they have obtained nuclear weapons “status,” executive director of the ACUNS said.

Meanwhile, Dr. Stephen Nagy, a senior associate professor of international relations at Tokyo's International Christian University believes that the main obstacle to finding a joint solution to the nuclear issue is that North Korea has not really shifted its stance on what denuclearization means for three generations. It wants the US to remove what it calls a nuclear threat from the Korean peninsula and US bases in Guam and Saipan.

But at the same time, Dr. Nagy says that the sides will be back at the negotiating table, as both countries benefit from them.

“A resumption of negotiations in both the DPRK and the US demonstrates to supporters of Kim and Trump that they are no longer blandishing weapons and talking of war but talking about the process of starting denuclearization. It reduces tensions in the region, it creates the semblance that diplomacy of the White House is garnering some results, and in Pyongyang, it allows Chairman Kim to normalize the DPRK and gain support by and potential concessions for his supporters,” the international relations scholar explained.

Saturday’s working-level talks in Sweden between the US and North Korea came after Pyongyang successfully tested a submarine-launched ballistic missile last week in violation of UN Security Council sanctions.

North Korea resumed testing after nuclear disarmament talks collapsed between US President Donald Trump and Kim Jong Un in February, in Vietnam. The North Korean leader hoped to have sanctions lifted in exchange for partial disarmament.

The two leaders met again in June in the Korean Demilitarized Zone and agreed to re-start negotiations that have ended in a stalemate with no progress made.

North Korea has given Washington until the end of 2019 to come up with mutually acceptable proposals and change its “hostile policy” towards the North, otherwise, the DPRK can resume nuclear and long-range missile tests.