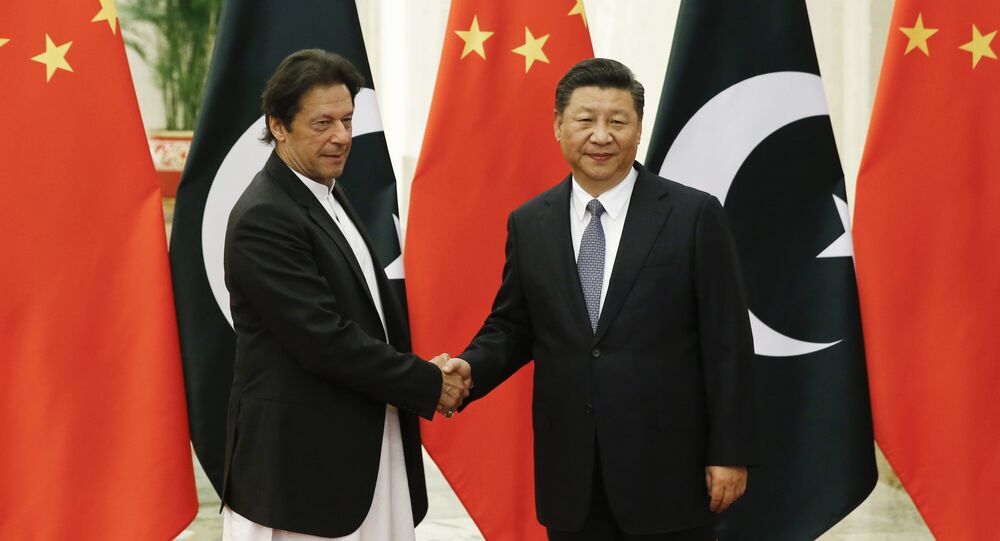 New Delhi (Sputnik): The analyst also said New Delhi should try to take advantage of the growing rifts between separatist leaders in the Kashmir Valley to defeat the groups and stabilise the area.

India’s National Investigation Agency (NIA) recently claimed it has decisive evidence of separatist leaders in the country’s Kashmir Valley receiving funds and collecting donations from countries like Nepal and the UAE.

The NIA has said the proof was obtained via the interrogation of arrested Kashmiri separatist leader Masarat Alam Bhat.

NIA investigators have said Bhat has confirmed Pakistan-based agents routing funds through money laundering operators to key separatist leaders in the Kashmir Valley. The investigations also revealed these agents create shell companies in countries like the United Arab Emirates (UAE) and Nepal through which foreign remittances are transferred to these separatist leaders.

Alam, the NIA said, has also revealed rifts emerging between these separatist leaders with regard to the collection and use of foreign funds.

In an interview, Brigadier (Retired) Rahul Bhonsle, an Indian security expert, talked about this development and the situation in the Kashmir Valley.

Sputnik: Indian agencies recently disclosed that foreign funds are being sent to Kashmir to fuel violence and terror. What is your view on this?

Brigadier Rahul Bhonsle:  As far as terror funding is concerned, one area that we have to look at is Nepal. I understand from various reports that they [Pakistan] have established some kind of cell in Nepal and from there they are trying to activate operations in the states of Uttar Pradesh and Bihar which border Nepal. These are very vulnerable pockets. We must understand that Nepal has always been on Pakistan’s ISI (spy agency) radar that this can be used as a base to penetrate in UP, Bihar and all these places, and try to exploit extremist sentiments there. The exposure of UP and Bihar from Nepal  - that is something we have to worry about.

Sputnik: The NIA says terror funding is laundered to the groups; how does this impact the Kashmir Valley and the rest of the country?

Brigadier Bhonsle: This information is not new. The government and our investigation agencies are aware of this for some years now. But this time, it seems they want to take some decisive action against these people. We can expect the NIA to take this to its logical conclusion. One is hopeful that the money that was coming in for these terrorists and separatists indulging in stone-pelting that money flow will now be contained.

Sputnik: The NIA has revealed through its recent disclosure that rifts have broken out between the separatist leaders over the issue of collection of funds and their use. What is your take on this?

Brigadier Bhonsle: It’s quite natural. When money is coming in, the sharing of spoils, these are things that can take place. The point is, are we [the government] able to exploit this? The rifts per se may not be as important as saying how we are planning to exploit this to our advantage and get this separatist movement broken up.

Sputnik: How do you view the ongoing drive to neutralise militants in the Kashmir Valley in spite of losing several armed forces personnel?

Brigadier Bhonsle: Since 2017-18, the frequency of encounters between the security forces and the militants has gone up and every year 250 to 300 militants are getting knocked out. Similarly, the loss of security forces has also gone up during this period. The government is sustaining a trend which has been there for the last two to three years.

Sputnik: China is concerned about the activities of the Pakistan-trained Eastern Turkistan Islamic Movement (ETIM). The Chinese, Russian and Indian leadership are believed to have discussed this threat on several occasions. How do you view this threat?

Brigadier Bhonsle: The Chinese Army chief was in Pakistan on 18 June. But the details of that interaction aren’t out yet. I do believe the Chinese will be putting more pressure on the Pakistanis to act against the ETIM and all other groups that threaten the China-Pakistan Economic Corridor (CPEC) and by extension the larger Belt and Road Initiative (BRI). So, I think, they are going to be more forceful on the Pakistanis. As far as the Pakistanis are concerned, they really aren’t concerned if the ETIM attacks Chinese interests. The Chinese should understand India has been flagging this issue of state sponsorship of terrorism. Pakistan, it seems, does not want to learn from the lessons of the past. They just carry on.

The views and opinions expressed in this article are those of Brigadier (Retired) Rahul Bhonsle and do not necessarily reflect those of Sputnik.