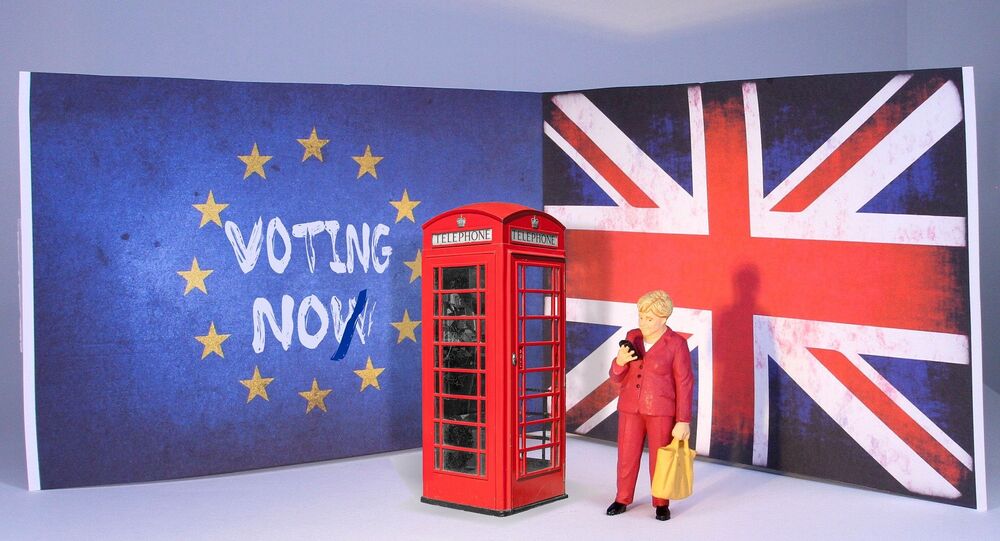 Leading MEPs have taunted the UK and Brexit party leader Nigel Farage, ahead of the upcoming European parliamentary elections, arguing that Britain's glory days are over. Sputnik discussed the dispute with Robin Tillbrook; Chairman of the English Democrats.

Sputnik: Was it a mistake to extend Article Fifty?

Robin Tillbrook: As chairman of the English democrats and also as a solicitor; I’m involved in bringing a case to have it declared by the high court that actually the extension was illegal, so it will be an even bigger mistake if we are successful in that application, and by the way every lawyer that I’ve spoken to thinks that it’s an excellent case, so it is one where we may actually be out already.

I think Theresa May got wrong-footed when her so-called withdrawal deal didn’t go through parliament, and the start of her troubles really was when her attorney generals advice had to be disclosed, and everybody could see that even people within the government knew it was a terrible deal.

Where we go from here is difficult. I think the government is absolutely determined to try and ram through this deal, that’s obviously what the EU authorities want as well, and the interesting this about that deal is that if you take out the Northern Ireland dimension, and that fact that we’re actually coming out of the main structures of the EU; it’s otherwise identical to what the EU are trying to ram through in Switzerland.

It’s pretty clear that the so-called backstop is actually where the EU wants us.


Robin Tillbrook: A lot of people have woken up to the fact that the way the Westminster system works, the way that the media bias has operated; all of these things have been revealed as either incompetent or really against the interests of ordinary people in a way that you couldn’t have imagined would have been clear to everybody, say five years ago.

There’s been a huge awakening of people, that actually the system is totally broken as it stands, and we need some major reforms.

Sputnik: How much of an impact could the Brexit Party have on parliament?

Robin Tillbrook: So far as what happens with the Brexit Party is concerned; the opinion polls are suggesting that they are going to do very well, I have no information to the contrary on that, but I also haven’t come across very many people who say they are actually going to vote for them, so I don’t know whether those opinion polls are just as wrong as many others have been recently.

The other thing that we have to bear in mind is that the electoral system is governed by the so called D’Hondt voting counting, which basically means that even if you win eighty percent of the vote, you are still only going to get about twenty six MEPs.