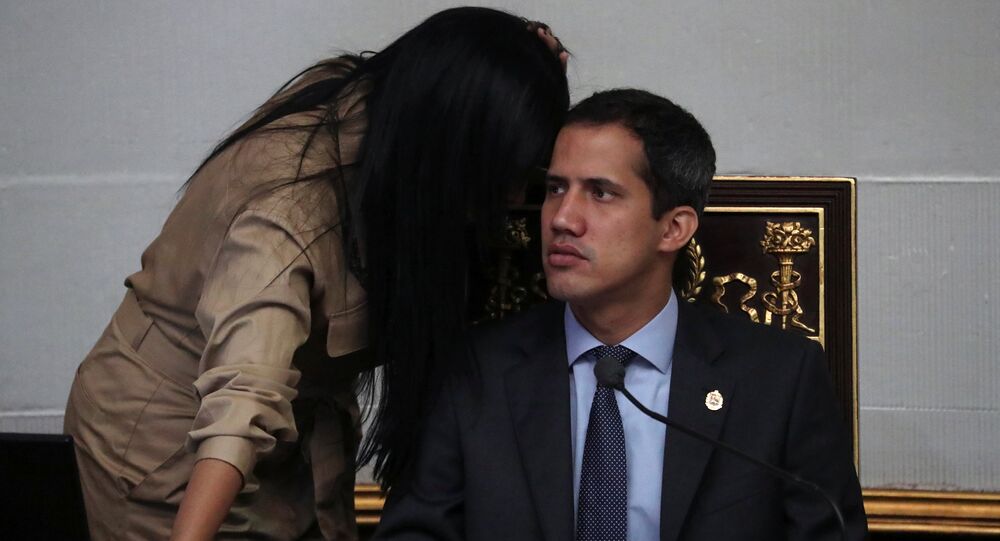 Criminal proceedings have been launched by the Venezuelan government against self-proclaimed President, Juan Guaido. This comes as President Maduro has said that a new type of warfare is being used against Venezuela, using cybernetic and electromagnetic weapons. Sputnik spoke about it to sociologist and Venezuela expert Hugo Perez Hernaiz

Sputnik: Does Guaido really has a chance of ousting Maduro given the fact that he has been stripped of parliamentary immunity and criminal proceedings have now been launched against him?

© Sputnik / Victor Tolochko
Football Legend Maradona Faces Probe Over Criticising Trump, US Venezuela Policy
Hugo Perez Hernaiz: Well, I don't know if he has a chance. I can tell you what I think is going to happen, I think the government is preparing to arrest him, and that will happen soon I think. I don't know what's going to happen from there but I'm pretty certain the government is getting ready to detain Guaido. I don't think that he has a chance right now of ousting Maduro. I think the whole thing rested on the possibility of members of the armed forces and parts of the Charismo, turning around, and that hasn't happened, and quite frankly I don't see it happening in the foreseeable future.

Sputnik: On Wednesday Maduro said that "Venezuela is demonstrating to the world that it is a testing ground for new cybernetic, electromagnetic war weapons and a new war strategy, which is not a direct invasion or bombing by missiles, but the bombing of vital public services".

Do you agree with Maduro's assessment of what is happening just now in Venezuela?

Hugo Perez Hernaiz: No, I actually don't. I do think that the US is putting on a lot of pressure and I think that sanctions are its main tool right now, and it's a pretty strong weapon. I think this whole discussion about cyber attacks on the electric grid are pretty much part of the government rhetoric justifying the lack of maintenance of the electric grid. Most analysts have talked about this I think. But I think what we have to look at the actual sanctions — they are hurting the economy a lot. And if you look at our blog at WOLA, you will see analysis of how the electric grid progressively deteriorated. Yes it is a coincidence, but I don't see how much this benefits Guaido.

Sputnik: US special envoy for Venezuela, Elliott Abrams, has condemned the Russian military's role in Venezuela as "extremely pernicious" and threatened a response with new sanctions. I suggested to Hugo that the US can't effectively stop Russia from assisting Venezuela, can they?

Hugo Perez Hernaiz: I don't think it can! Has it? I think you hit on the right word there: 'sanctions' and yes, the US has been very careful to say yes, we're going to hit you hard, we're going to hit you with sanctions. There has been more ambiguity by people like Marco Rubio and others, but these people are not the US government. I don't see how they can stop Russian or Cuban help to Maduro — there's just not the capacity to do so. I'm not a military expert but I don't think there's the capacity to do so barring a full military intervention, which we've already said is not going to happen. Maybe in future but not in the foreseeable future.