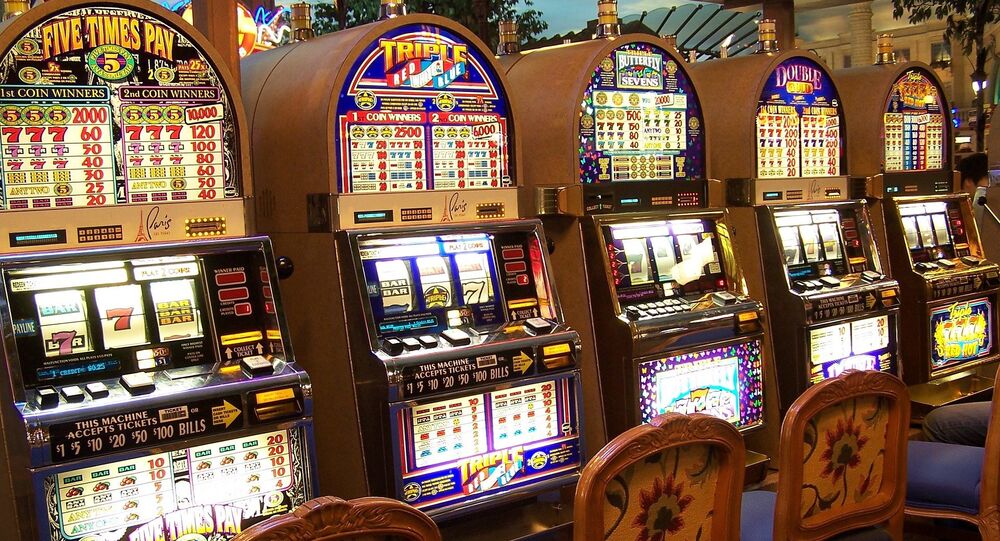 Scholar on UK Gambling: More Top Down Responsible Policies Should Be Happening

Bookmakers have been accused of trying to cheat rules curbing fixed-odds betting terminals after an investigation found high-stakes roulette-style games were being launched on the same day, as restrictions on the machines, came into force. Looking at this story, Sputnik spoke to Dr Mark Griffiths from Nottingham University.

Sputnik: Bookmakers have been accused of trying to cheat rules curbing fixed-odds betting terminals (FOBTs) after a found high-stakes roulette-style games being launched on the same day restrictions on the machines came into force. How significant is this and what does it tell us about efforts to curb FOBT?

© CC0 / Pixabay
Scholar on UK Gambling Problem: Gambling Industry and Government Need to Do More
Dr Mark Griffiths: The bookmakers they're going to lose a lot of money by the fact that there's been a massive state risk reduction in fixed odds betting terminals. To be honest, the government have got it wrong. You had the idea of reducing the stakes on FOBTs will not curb problem gambling because what will happen is that people who love those types of games will go online or go elsewhere to get that kind of game that they love playing.

Obviously, the bookmakers are going to lose a lot of money, so they've decided that they can invent new games that get around the new rules have come in today. If I was in that position, I'd probably do the same thing. I think if the government really are serious about wanting to curb problem gambling, then they have to use better initiatives than just tackling this one very small issue across, you know, the whole of the gambling arena.

If I was running a betting shop, and I wanted to show that I was being socially responsible, and one to promote responsible gambling, on machines in my shop, what I'd be doing is having a mechanism in place that allows people to set the amount of time or money that they want to lose in that in a particular time period on that machine. I suppose for me the big issue here is that the government haven't got a kind of joined up plan and infrastructure in terms of how they're going to tackle problem gambling.

They're putting all the blame at the door of FOBTs, which I will admit they are the kinds of types of gambling which are associated with problem gambling. There are lots of different activities that we know are associated with problem gambling and FOBTs for me, there are kind of slot machine. There are hundreds and thousands of other slot machines in this country as well as FOBTs.

© AP Photo / Alex Brandon
'Inevitable': Analyst Predicts Protracted US-China Trade War Amid Trump's 'Gambling'
Sputnik: As campaigns have been mounting against the bookmakers, we've heard the argument coming from companies like Betfred and William Hill that these new restrictions will result in the loss of thousands and thousands of jobs. Is this an argument which should be treated with some seriousness by the government?

Dr Mark Griffiths: I'm absolutely sure that there will be job losses as a result of this but for me that should never be an argument for not doing something that might actually harm a significant minority of the population. As I say, the bookmakers that I've worked with over the years, they have demonstrated that they don't want problem gamblers as part of that that business model and I think the taking FOBTs away is not going to stop problem gambling.

I've been researching problem gambling for 32 years now — this in itself will have little difference in lowering the rates of problem gambling. We know that problem gamblers tend to gamble and bet on at least six different types of activities. FOBTs are just one of those six types that you might find amongst problem gamblers. The reduction and loss of jobs, obviously, it's true, but that should never be used an argument in this particular instance.

Sputnik: In response, the Gambling Commission said on Monday it was investigating the new products. How likely is that we'll see punitive action taken against these bookmakers and their new products/systems?

Dr Mark Griffiths: My guess is the gambling commission will probably deem these new types of products as being akin to FOBTs and we'll probably crack down on them and make them have low stakes as well, but as I say that doesn't get rid of the problem because these gamblers who like those types of games, that's why they play these types of games, will go elsewhere. It's just displacing the problem. It's not actually getting to the root of the problem. What should really be happening is more top down responsible gambling policies that apply across the whole industry. Not just on FOBTs.