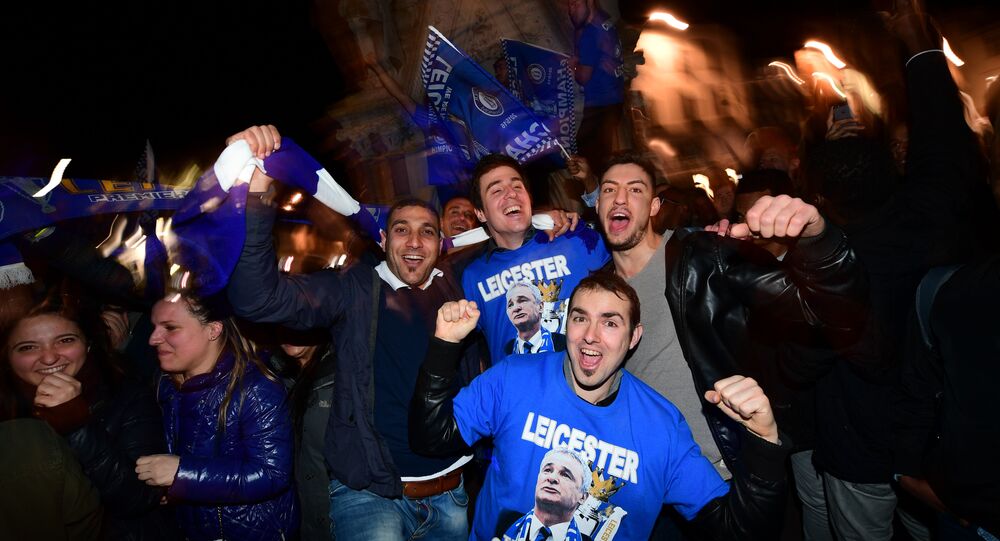 Over the last days, several fans invaded the pitch of the football stadiums in the UK, confronting the players and sparking the discussions in the British society about a return to "the dark past of football hooliganism" in Britain.

A Birmingham City fan has admitted attacking Aston Villa captain Jack Grealish on the pitch during the second city derby. The accused, Paul Mitchell, hit Grealish from behind about 10 minutes into Sunday's game at St Andrew's.

Later in the day, another football fan was also able to run onto the pitch in the Premier League game between Arsenal and Manchester United. The Arsenal supporter has been reportedly charged with common assault and entering the field of the Emirates Stadium by the Metropolitan Police. Moreover, Rangers' James Tavernier was confronted by a football fan during the match against Hibernian in Scotland last week.

Looking at these incidents, Sputnik spoke with Professor Clifford Stott from Keele University for more insights on the issue.

Sputnik: Following a week of numerous high profile acts of violence across both English and Scottish league football; is Britain returning to its dark past of football hooliganism?

Clifford Stott: Well, I'd have to say absolutely not. I think it is returning to the dark days or ill-informed hyperbole around high profile these three high profile incidents.

I'm concerned that the narratives are problematic; they don't reflect the underlying situation with regard to football related disorder or its policing and management through the covenant criminal justice system.

© Sputnik / Grigoriy Sisoev
UK Police Call on Football Fans to Avoid Provocations During 2018 FIFA World Cup
So absolutely not there's no evidence here any return to dark days off of football hooliganism.

Sputnik: What effect will these incidents have on the sport physically and financially, for players and supporters alike?

I don't think they're going to be any argument around that; it's not just this incident where you listeners may recall only a few weeks ago Everton played at Millwall and there was some very serious disorder in the context of that game that resulted in a couple of Everton fans having their faces slashed with knives.

I think that all of this package together is an ongoing and long standing problem that football has in terms of how it acts as a platform for discussions around the maintenance of public order. They go on exponentially in the context and with reference to football related disorder in a way that damages the identity of the sport.

© Flickr / Tim Loudon
Kremlin on BBC Film on Russian Football Fans: Not Up to UK to Speak of Hooligans
I think the damaging things are more about the way in which it leads to the perception that football crowds are dangerous places when they're not. That has a deleterious effect on encouraging participation from those who might otherwise attend, who may not because they feel as though incorrectly that football is a place that is criminal and dangerous.

These are three incidents that have led to very, very high profile media attention today, and one would presume over the next few days, the most violent which was a punch that was thrown at a player which is obviously something that needs to be condemned but when considered in the wider context of how many violent incidents occurred in the UK over the weekend have been absolutely and completely ignored.

So why is it that when that happens in the context of football becomes such a high profile national indeed international discussion what why is that?

Sputnik: Earlier in your answer you you spoke about the perception of football in Britain and also the perception of fans abroad. Before the sort of late 90s English FA had one hell of a task in sort of trying to re-rand English football fans who were considered certainly across Europe, but also the world as aggressive, drunken louts. Could we see can you see a return of his perception?

Clifford Stott: Yes is the answer to that question, but it won't be because of the nature of English football fans; it will be very much because of their representation in the media.

© AP Photo /
UK Football Fans Banned From Games for Racist Incident in Paris - Reports
I think that that's a very big part of the problem, the way in which there's particular narratives that come to dominate how people understand English football fans and we know from the research that we've done that that perception of England and English fans as a problem leads to policing practices, which ironically create a problem.

The idea that football is a violent place, is a distortion, its problematic because it feeds into perceptions that football crowds are inherently violent and dangerous, which can in turn, create policing practices and criminal justice responses that don't bear any relationship to the problem; don't help us to remove the issues that do surround football and indeed often counterproductive.

Views and opinions expressed in this article are those of Clifford Stott and do not necessarily reflect those of Sputnik.