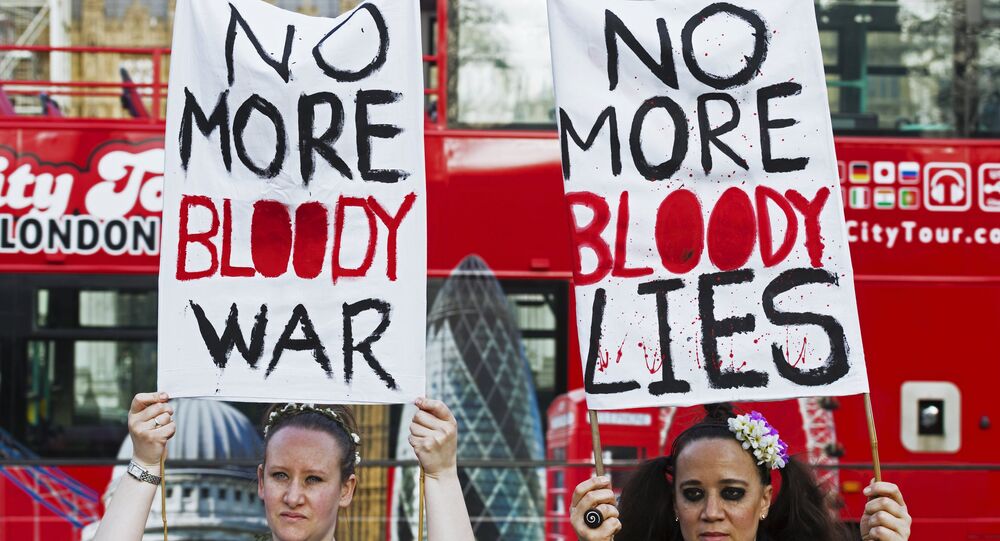 Tensions have spiked between Russia and the UK, following the doxing of personal information and pictures of state-funded media employees in both countries. So where will the escalating tensions lead?

Sputnik has discussed the issue with Journalist Ollie Richardson.

Sputnik: What do you think of the whole situation?

Ollie Richardson: The situation is quite predictable. It is of course quite alarming that British newspaper The Times decided to publish the personal information of employees of Sputnik along with photographs.

© AFP 2021 / Justin TALLIS
Simonyan on The Times' List, Photos of Sputnik Employees: Happy Upcoming 1933
That is certainly a breach of privacy and most likely a violation of international norms. It is a provocation, a typical provocation, like with the Skripal affair, where Britain wants to play a victim; usually it’s Russia who is the alleged aggressor.

Sputnik: How did the situation escalate to this point?

Ollie Richardson: In order to answer how we arrived to this juncture, we have to step back in time. Firstly, the Syrian war has almost reached its conclusion. The British state invested a lot of money in trying to overthrow the legitimate President of Syria, Bashar al-Assad, and also partitioning the country along sectarian lines.

But unfortunately for Britain, Russia was invited by the Syrian President to intervene to counter terrorism, and as a result Russia placed its S-400 missile system inside Syria, and that really put an end to this cycle of Anglo-Saxon aggression against the Middle East, and in general undermining international law – showing no respect for human rights and fundamental freedoms.

© REUTERS / Esam Omran Al-Fetori
UK Intel Claims Putin's Goal is to Make Libya "New Syria" to Pressure West - Reports
How does this connect to what has Britain just done to Sputnik? Britain is very afraid that the truth about, for example, its actions in Syria will come to the surface. And it is of course agencies like Sputnik, RT and even TASS that are capable of reaching out to people who perhaps are curious and ask questions about why, in British society, hospitals are closing down, there are potholes in the roads, and why infrastructures are collapsing – yet apparently we seem to have money for firing missiles at sovereign countries, and meddling in the affairs of other countries.

Sputnik: Will the current state of affairs affect diplomatic ties between Russia and the UK?

Ollie Richardson: Russia wants to have good relations with Britain, it does not seek to have enemies in the diplomatic space. But Britain unfortunately is not really governed by the people, it is governed by a handful of elites to decide what is most profitable to them and not to the wider people, to the nation.

So, in general, no, I don’t think that relations will deteriorate, because at the end of the day international relations revolve around business and trade, and I think that, when Britain realises it doesn’t have much money in the State budget, it may start to be interested in projects like Nord Stream 2, and it may start to turn towards Russia for help because, unfortunately, the reality is that Britain itself is rather bankrupt.

Views and opinions expressed in this article are those of Ollie Richardson and do not necessarily reflect those of Sputnik.