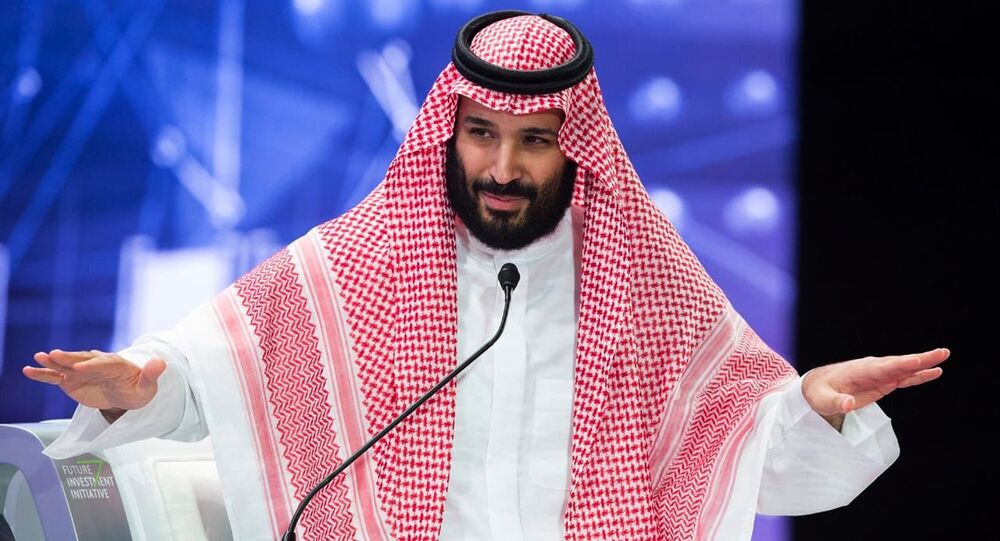 US Aims to Weaken Mohammed bin Salman, Not Depose Him - Scholar

The US has found itself in a bizarre situation: as the Trump administration tries to stand by its ally, Saudi Arabia, the US Senate, convinced by CIA evidence, is poised to strike a major blow at that relationship by taking up debate on a resolution to end support for the Saudi war in Yemen and even sanction the Saudi crown prince.

On Tuesday, CIA Director Gina Haspel convinced many fence-sitters in the US Senate that Saudi Crown Prince Mohammed bin Salman played a major role in the October killing of journalist Jamal Khashoggi. Lawmakers emerged from the briefing shocked and enraged, vowing action against the de facto leader of the Middle Eastern country.

It's in direct contradiction to what US President Donald Trump has said about the incident, which is that there's no firm evidence pointing to or away from Mohammed bin Salman's involvement and that he trusts the monarchy's version of the events.

Last week, the Senate voted by a wide margin to take up debate on a resolution to end controversial US support for the war in Yemen being waged by Saudi Arabia and its allies since 2015 and to extend Global Magnitsky Act sanctions against suspected conspirators in the Khashoggi murder to the crown prince as well.

However, both the executive and legislative branches remain united in their determination to preserve the core of the US-Saudi alliance, behind which are billions of dollars in military purchases by the Saudis and extensive oil imports by the US, along with an invaluable US political ally in the region.

Ali Al-Ahmed, director of the Institute for Gulf Affairs, spoke with Radio Sputnik's Loud and Clear about the odd situation that has arisen and how it may end.

​Ahmed said the reason this message that "Mohammad bin Salman has to go" wasn't conveyed by the CIA discreetly to Saudi King Salman, as would have been done in days past, is that the crown prince "is the gatekeeper to his father, so no one can go see the king unless MBS approves it… [Haspel] would have to go through MBS."

However, Ahmed also doesn't think the goal of the US government is to remove and replace the crown prince, either, but rather to "maintain Mohammad bin Salman as a weakened leader," noting it's "more advantageous for US interests, in their view, because having a weaker leader allows the US to project its power and influence at a greater level than if he was strong and… a legitimate person in his government."

"I think they are weary of him being the only person — they cannot play anybody else against him — and that is, I think, one of the reasons that made the US reaction to the murder greater, because now there is only one person to go to, there is only one address in Riyadh, and that is MBS."

Noting that, based on the structure of the Saudi state, "you could not put this thing together without [Mohammed bin Salman's] knowledge," Ahmed said that "probably more people are involved" and that future investigations would reveal an expanding web of connections through the Saudi government between people who helped make Khashoggi's murder happen.

"I think there is an American desire to keep this at a certain level, to contain it within a balanced level, to allow the US to project its power and to create greater advantage vis-a-vis the relationship with the Saudi government."

Ahmed said that it was no longer possible to unring the bell that removed Mohammed bin Nayef as Saudi heir presumptive in June 2017 and that November saw 11 rival princes and dozens of businessmen and officials kidnapped and placed in Riyadh's Ritz Carlton Hotel in what amounted to a coup d'etat of sorts.

Mohammed bin Salman is "too strong," Ahmed said. "He is the man to beat; he controls all facets of power, and his viable competition are unable to even step foot outside of their own homes. They are under lock and key, and he does have the support, I think, of the bureaucracy, or part of it, and especially the internal security and military, so far."

Ahmed noted that "when Mohammed bin Salman came, he cleaned house," and the CIA lost most of its assets inside the palace, making the crown prince "their only source of information."

"I know some people in the US are saying to replace one prince with another prince, which is to be honest with you, very offensive, because they take away the population and their desire, their aspirations, away. This is not a country occupied by monkeys. There are people, and this is not the only choice — we are being given a false choice between one prince and another. The right choice — the American choice, I would say — is for the people to make that decision. Just like the Americans did in 1776 when they decided they didn't want the king, and they didn't want another king or another prince: they wanted their own government," Ahmed said.

"Any American, no matter how high, [who] is suggesting that one prince replace another is bigoted and offending the dignity of our people."