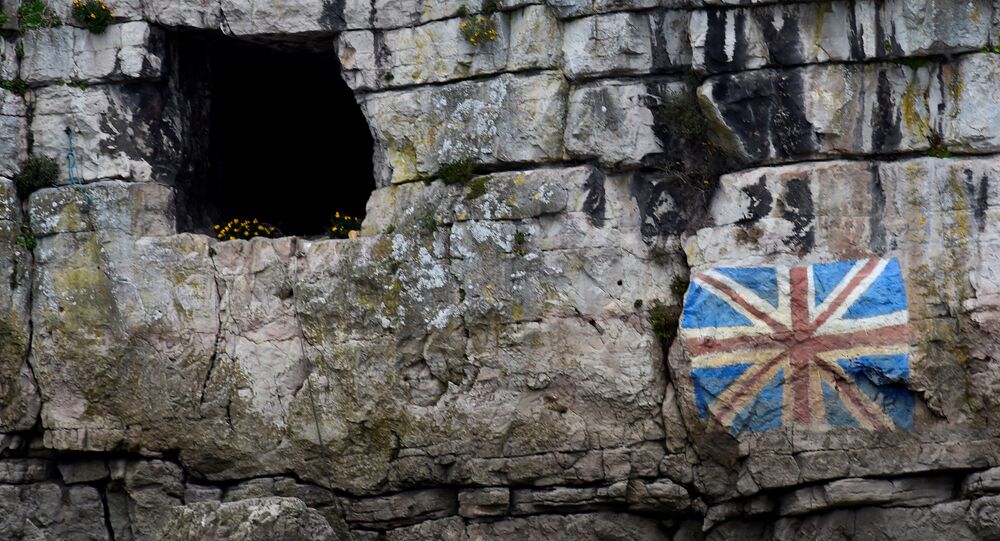 Sputnik has discussed the issue with Jason Webber, Campaign Coordinator of Show Racism the Red Card

Sputnik: Why are right-wing organisations like the System Resistance Network are active in Wales?

© AP Photo / Niall Carson
'Dark Money' Saga Rages On: DUP Brexit Ads Targeted England, Scotland & Wales
Jason Webber: There are rural areas in Wales that I think the far-right are taking advantage of that where to an extend they can be left alone a bit to set up a mobilising and try to achieve some of their outcomes.

And that is something that in Wales, unfortunately, they have been trying to utilise in recent times.

Sputnik: What are the factors easing recruitment of members?

Jason Webber: I think that Brexit – not just in Wales, but also UK-wide – has given a platform for people in the general public that might have had general concerns or might have certain stereotypes around certain communities, it has given them that confidence then to maybe start being a little bit more open around their views on social media and a variety of other things; and I think that has allowed the recruitment side of it to be a bit easier for some of these organisations, like Generation Identity, which are generally run by younger people who are very tech-savvy, very sort of clever in how they deal in recruiting young people as well.

And also other organisations, like the Democratic Football Lads Alliance as well.

So I think that a mix of all these organisations are mobilising and increasing not just in Wales, but also across the UK as well, and things like Brexit had a big impact on that and allowed them to recruit more and more people.

Sputnik: How does the System Resistance Network pose a threat to Wales?

© AP Photo / Frank Augstein
UK Youth Happiness at Lowest Point in 10 Years - Prince of Wales Study
Jason Webber: It directly impacts on certain minority groups across Wales, and also the society that holds that cohesion and that community spirit. It has a big impact on that as well, when you’ve got an individual being scared and being threatened.

Obviously we are not just talking about people who are part of minority groups that might have come from another country – they are third, fourth generation migrants that have been living in Wales for a long, long time now. These people have come up as a part of the communities and the society, and have just the same right to be here than anyone else.

Sputnik: Why do think that System Resistance Network could really be made illegal?

Jason Webber: Because there seem to be some individuals that have clear links to the previously banned National Action; [the System Resistance Network] is an organisation that, as you mentioned, is trying to have a white-only Christian nation and driving out everybody that doesn’t fit into that. It is certainly a far-right ideology, and it has links towards Neo-Nazism as well.

So, yes, I think so. But it’s not just about this group, but it’s about some of the other groups that I’ve mentioned as well: they might not be as far-right and extreme as the System Resistance Network, but certainly have the potential to spread hatred and affect people. It’s part of a wider issue that needs addressing, but if it’s another group banned, then it would be a benefit to society.

Views and opinions expressed in this article are those of Jason Webber and do not necessarily reflect those of Sputnik.

Man Attacked in Wales After Revealing He’s of Israeli Heritage