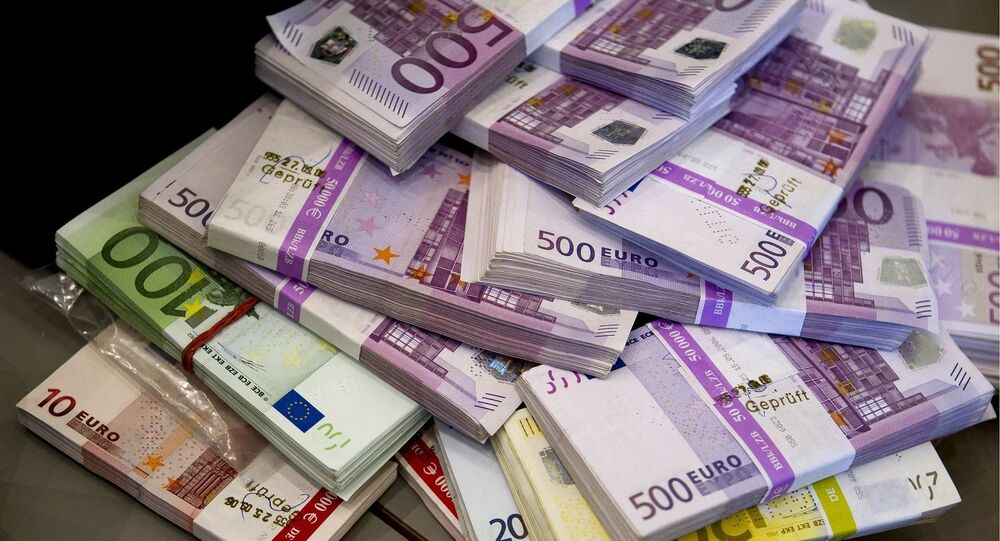 Expert on Italy, EU Budget: If They Possibly Can Reach Agreement, They Will

Despite speculation that they would cave into EU pressure, Italy's government has claimed that it will stick to its 2019 budget plans. Sputnik spoke about how the EU will react to this latest development with James Newell, Italian politics expert.

Sputnik: How could the EU punish Italy for defying its financial regulations?

James Newell: There was a meeting last night between Salvini and Di Maio; the Prime Minister and the Minister of Finance and it looks as though they are talking now in terms of cutting the budget deficit by 0.2%, so all the indications are at the moment that some kind of agreement can be reached.

© CC BY 2.0 / Sarah-Rose / Italian flag
EU Sanctions Will Not Be Such Big Blow to Italy – Scholar on Budget Row
If they don't reach an agreement then what can happen is that the EU can invoke the excessive deficit procedure. That would mean fines being imposed on Italy, but I don't think that either side really has any interest in that happening.

I think they would like to find an agreement if they possibly can; although I think particularly on the side of the Italian government, they really need to find an agreement because an opinion poll came out last night which suggested 61% of Italians think that there really should be an agreement and a showdown avoided.

Ultimately; public opinion doesn't feel terribly strongly about these issues which are technical matters that are difficult to understand, but it would be will react to sell a showdown to the public, so if they possibly can reach an agreement then I think they will.

© CC0
'There Is Room for Italy to Change Budget Targets, Come to Agreement With EU' – Scholar
Sputnik: Do you think that Italy's proposals will have the negative effects that the EU predicts?

James Newell: The current level of debt stands at over 130%; the budget that's currently being proposed wouldn't do anything to reduce that. The danger is that if the debt gets too high; it becomes much more expensive to service, interest rates go up and that then has a knock on effect on the entire Italian economy, for ordinary consumers, for firms looking to borrow money to invest and the situation becomes very difficult indeed. So yes; it would be a very significant problem.