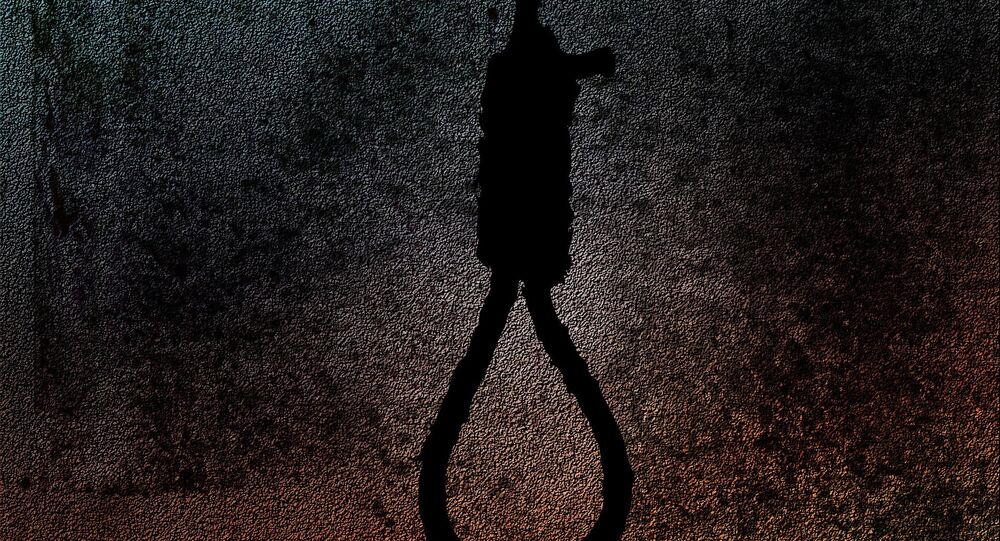 Sputnik: In your view, how likely is this bill to be passed?

Dr. Meir Elran: The bill will probably be passed, not necessarily soon, it might take some time but it will pass because the government has the majority in the Knesset, the Israeli parliament, and if the coalition parties align together as apparently, they do, to support this law, it will probably pass. But beyond that, the big question is, of course, to what extent it will be implemented sometime in the foreseeable future, and here I'm not sure.

© Sputnik / Mikhail Voskresenskiy
Saudi Arabia Bans Muslims From Israel and Palestine From Mecca – Report
Sputnik: Let me ask you about the timing, why has it come to the forefront right now?

Dr. Meir Elran: Let me suggest to you and to your listeners that it is mostly not about sentencing terrorists, it's mostly about Israeli domestic politics. So the answer to your question lies with the timing and the essence of politics in Israel. So the timing has to do with the approaching parliamentary elections and the essence is the competition, which is becoming more and more fierce, between right-wing parties that belong presently to the coalition.

Now, so that people will understand what I'm saying, this particular law or law proposal has been suggested by one of these right-wing parties, the one that's headed by Avigdor Lieberman, who's presently the Minister of Defense in Israel and it was accepted hesitantly by the other coalition parties. But now, because of the pressure mostly from the party of the Defense Minister Lieberman and party politics within the coalition, the Prime Minister also agreed to join in as did the other right-wing party that (together) constitute the coalition, and together they will have the majority.

So it's mostly the timing and also the essence of that is mostly the nature of domestic politics, where the right-wing parties are trying to cash-in on the overall trend towards the right and towards a little bit more nationalism within Israeli society.

Sputnik: Of course many left-wing media have opposed the bill and I'm wondering what kind of an impact it could have on Benjamin Netanyahu's reputation?

© CC0
Skeeth’s Scheme: Israeli Man Arrested for Posing as Doctor to Fondle Women’s Breasts
Dr. Meir Elran: It would not make a major difference I think because it's not an important law; mostly it's a symbolic kind of step. You have to understand that even if applied, we're talking about a law that is actually in the domain of the military court, which has jurisdiction only in the occupied territories of the West Bank.

In other words, we're talking about cases in which a major, brutal terrorist has committed a crime of terrorism against Jews within the settlements of the West Bank or in other places and has been caught and then, possibly, he will be considered for a sentence of death. So if it happened at all it would take a lot of time, it's a very complicated process and it would probably not happen in the foreseeable future as I can guess. So in terms of the impact on the position and reputation of the Prime Minister, I think it's a marginal issue.

Sputnik: OK, but symbolic as it is, it is surely going to have an impact on Israeli-Palestinian relations and the two-state solution?

© CC BY 2.0 / 9/11 Photos / 9/11 WTC Photo
UK Professor Under Investigation for Claiming Israel, 'Zionists in US Gov' Were Behind 9/11
Dr. Meir Elran: I'm not sure this really will make a difference, we have major issues nowadays ahead of us in the Israeli-Palestinian domain, mostly what's happening presently in Gaza, which is a very serious situation. Here we're talking not only about relations between Israel and Hamas in Gaza but also the relations between the two parts of the Palestinian people, that is the PLO or the PA in the West Bank on one hand, and Hamas in Gaza on the other hand. So this triangular is very complicated, it is very, very important and this is where the future of relations between Israel and the Palestinians really lies.

Sputnik: And finally, what about the international community, it's sure to react.

Dr. Meir Elran: Again, as I suggested before, I don't think it's a major step forward, I don't think it's a very dramatic thing, so I don't really share your thinking that it will have a major resonance in the international community. Of course, some people will not be very happy with that and perhaps with good reasons, but I think it will pass with a very low [amount] of comments and criticism.