Britain’s Theresa May is facing a Brexit crisis with her political allies insisting they will miss creating a deal with the European Union following problems over the Irish border. With more on this story, Sputnik spoke to Keith Rowe UKIP member and Political & Business Consultant, about this story.

Sputnik: Once again EU talks have collapsed meaning Prime Minister Theresa May is now facing the very real prospect of no deal being reached by Wednesday’s deadline. Is this it then Keith… Is a no deal pretty much certain then?

Keith Rowe: No Deal doesn’t mean nothing happens, no deal isn’t absolute blankness, no deal just means we will be trading on World Trade Organisation rules which most of the countries across the world do. If that’s the way that this country has to trade with the EU as well as with other countries then so be it. It’s not so terrible, most countries do it and of course the main thing for this country’s prosperity and freedom is that we can be getting away from the EU institutions and by that I mean particularly the protectionist racket that is the customs union, the single market and the European Courts. Once we can make our own laws and trade freely across the world we will be much better off. 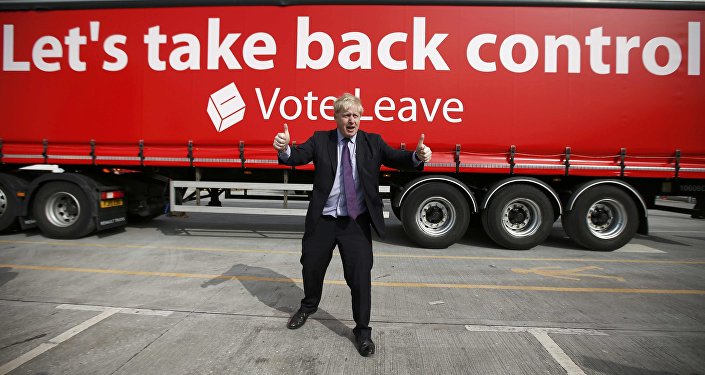 © REUTERS / Peter Nicholls
Ex-British Foreign Secretary Says EU Treating UK With 'Naked Contempt' in Brexit
Sputnik: The Irish border issue remains the sticking point, with failure to agree on measures to prevent a hard border has thrown the timetable for reaching a Brexit deal into serious doubt. What approach should Britain take to deal with this problem?

Keith Rowe: If the talks have collapsed they will be down basically to this government’s incompetence in negotiating. From start to finish, they haven’t had a clue of what they’re doing; they waited a year just talking about things before giving notice to the EU and that did us absolutely no good. They still didn’t get their ducks in the row and they still didn’t find a straightforward negotiating position. Personally, I think the whole thing about this border between Northern Ireland and Ireland is made up by the EU. There is a border there already, it doesn’t cause us any great problems, there are differences between currencies for instance and differences between all sorts of other things. There is no reason why it should cause us a problem. If the Irish government says they aren’t going to put checks on the border or anymore checks than there are now and keep going on how they are now and we say exactly the same; then there is no reason why there should be a border. I think it’s being used by the EU to throw ever-more spanners in the work to mess up our negotiating position. 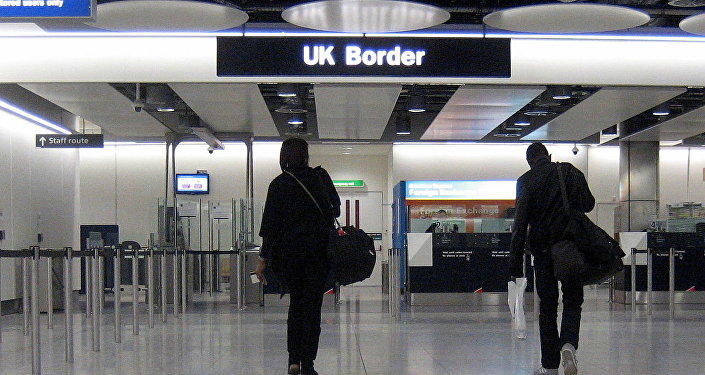 © CC BY 2.0 / dannyman / The UK Border at Heathrow Airport
UK Transport Secretary Vows Air Traffic With EU to Continue After Brexit
Sputnik: For weeks now we've been looking at what effect Brexit will have on the prime minister’s legacy. What effect will this have on her personal legacy and position in the party and moreover the commons?

Keith Rowe: She is in a strange position because nobody on the government’s side will vote, in terms of a vote of no confidence, against the government because they don’t want a general election. They don’t want a disastrous, Marxist style, anti-Semitic Labour government having any chance, more at the moment, of ever getting in. The country needs to be aware that Theresa May is fairly safe in a way but there may be a shift of leadership if enough cabinet members resign and that really does depend how this pans out. She’s in a very strange position. I wouldn’t feel desperately confident if I was her she’d be in Number 10 for much longer but I think the Conservative party, helped by the DUP, is still going to be there. How they are going change things – we’re in unchartered waters at the moment.

It's Your Wake-Up Call, London: Businesses Suffer From No Deal 'Brexit Fatigue'