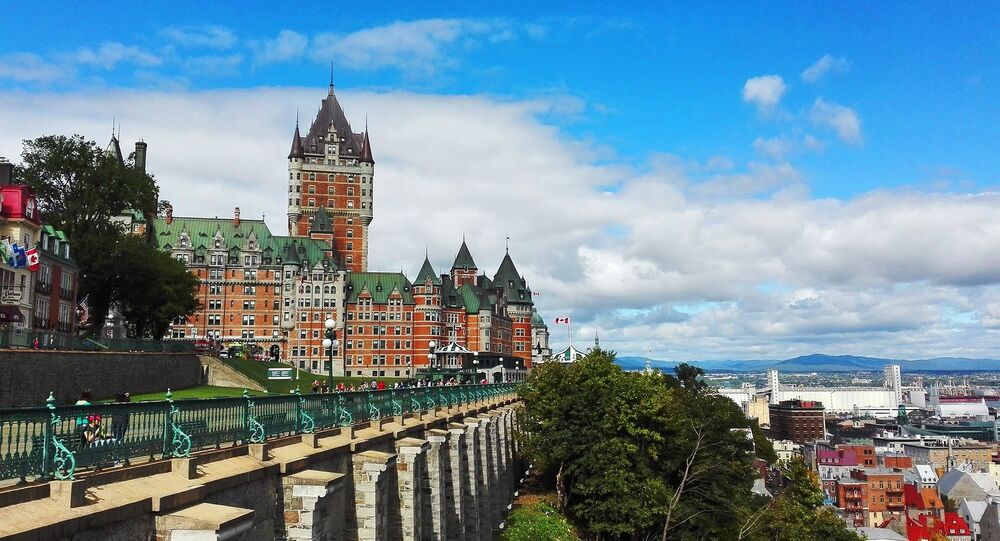 Sputnik spoke to Rémi Tremblay, the editor of Le Harfang and a contributor to the Council of Euro-Canadian and the author of Le Canada français, de Jacques Cartier au génocide tranquille, about the results of the Monday’s elections in Canada’s mostly French-speaking province of Quebec.

Sputnik: With the rise of Coalition Avenir Québec and the formation of the new Peoples Party of Canada by Maxime Bernier, do you think that public discourse is shifting rightwards in Canada?

Rémi Tremblay: There is a shift towards the right in the population, but I would say that except in Ontario, it has not been politically expressed yet. We must be careful, the Coalition Avenir Quebec is not a populist or right wing party, but a centrist party that understood that reducing immigration was a popular measure to propose. Likewise, Maxime Bernier is a libertarian who has always condemned identity politics. His recent comments about multiculturalism — and not about immigration as he has always been a strong supporter of mass immigration — seem motivated by potential electoral gains. He has decided to adopt a populist tone in order to gain support, but he is not a nationalist, nor a populist. But like François Legault, he realizes that the tide is turning and he wants to benefit from it. Multiculturalism has been pushed so far in Canada, especially with Trudeau who talks of Canada as a "post-national" country with "no mainstream", that many Canadians and Quebecers have started realizing they were becoming second class citizens in their own homeland. The current trend is a natural backlash.

Rémi Tremblay: Actually, it was not until the polls showed that the CAQ could lose the election that Legault came back with his immigration cuts and started adopting a more identitarian tone. At the beginning of the campaign, the CAQ was expected to win as most of Quebecers were fed up with 15 years of Liberal government, but when the polls showed that a Liberal victory was still possible, Legault decided to discuss immigration and this is the point where his campaign really skyrocketed. The electorate supporting the CAQ is interested in reducing immigration and adopting identitarian policies, more than anything else.

Sputnik: Is it possible to claim that the once strongest political force in the region, Parti Québécois, is about to disappear after yet another poor electoral performance? How exactly could it affect the question of Quebecois sovereignty?

Rémi Tremblay: In May 2017, the magazine Le Harfang, that I am editing, forecast the disappearance of the Parti Québécois. I still believe that it will vanish or remain a third party. The reason of this is very simple: the Parti Québécois has refused to tackle immigration and identity issues and has preferred adopting policies influenced by the far left. This clearly was a bad calculation as the left wing of the party had already left to join Quebec Solidaire. It must be remembered that Jean-François Lisée was elected as the leader of the PQ with a strong identitarian program. He knew this would please his base, but once elected, he did a turnabout and adopted opposite policies directly copied from Quebec Solidaire. It is what caused the downfall of the Parti Québécois. During the campaign, he expelled two candidates who had published comments criticizing Islam and adopted a multiculturalist approach. This explains why so many separatists decided to leave the PQ for the CAQ. For the question regarding the impact on sovereignty, time will tell.

But if independence is longer linked to the left wing Parti Québécois, it might be a good thing in the end. By making sovereignty a politically correct social-democrat project, the PQ has alienated many nationalists who would otherwise be sympathetic to independence.

© CC BY 4.0 / Dariusz Jemielniak ("Pundit") / Sika deer in Nara
Canadian Gov't Starts Deer Cull in Quebec Regions - Reports
Sputnik: Will it be possible for the newly elected Coalition Avenir Québec to preserve its own internal politics regarding migration and avoid a political confrontation with Justin Trudeau and his Liberal Party?

Rémi Tremblay: Quebec has a unique position in Canada. Thanks to the GAGNON-TREMBLAY–MCDOUGALL agreement, Quebec largely controls its immigration policies, including the quotas. The question was raised during the elections, but according to that agreement, we can decide how many immigrants come in and we have our say on who comes in. When Trudeau increased in a very dramatic way immigration in Canada, it had no impact in Quebec as we have our own plans and figures. I doubt Trudeau would be willing to get into a fight he knows he will lose. He is at the moment being attacked by Ontario's premier about illegal immigration. It must also be said that next year there will be a federal election and the chances are Trudeau will not survive to the ballots.

Sputnik: What were the reasons that caused the Liberal Party to lose more than half of their seats and, consequently, power?

Rémi Tremblay: Many reasons can explain why the Liberals have lost so many of their seats. They have been trying to secure the votes of ethnic and linguistic minorities by increasing immigration, allowing religious accommodations, implementing a commission on systemic racism, refusing to raise the issue of illegal immigration in Ottawa, opening breaches in linguistic laws, and so on. They forgot that Old Stock Quebecers still represent the majority. They did win their bet: minorities overwhelmingly voted in support of the Liberals, but very few ethnic Quebecers did.

We can add to the list the many corruption scandals involving the Liberals. After 15 years of reign, we cannot count the Liberal MPs or ministers involved in corruption or collusion. The Liberals reaped what they have sowed.

© AP Photo / Paolo Santalucia
Demonstrators Take to Quebec Streets to Protest G7 Summit
Sputnik: What kind of feelings and emotions prevailed in Quebecois society before the election took place? Do you think that the electorate voted against Trudeau’s policies as well?

Rémi Tremblay: This is a very interesting question, because yes, Trudeau partly explains the defeat of Quebec's Liberals. First, let's remember that in 2018, there have been elections in three provinces that were led by Liberals. And interestingly, Liberals were defeated in the three of them. That can be explained by many factors, but Trudeau has a large part of the blame in this situation. In Ontario, Liberals have fallen in third position, in New Brunswick where they should have been easily reelected they are second behind the Conservatives and in Quebec they have achieved their lowest score in history.

The majority reject the immigration hikes set up by Trudeau and blame him for the illegal immigrant crisis at the border. On top, the night before the election, Trudeau signed a free agreement trade with Trump with no significant advantage but clear losses for our dairy producers.
All that certainly had an impact on the results of yesterday.