A leading medical journal has warned that serious safety "indicators" were raised over the swine flu vaccine Pandemrix in 2009, almost 2 years before the vaccine was suspended from use. The BMJ published a major investigation into the use of the drug across Europe where it is now linked to cases of narcolepsy or severe sleep disorders in children.

Sputnik: So Peter, this is quite a significant and shocking discovery. Could you tell our listeners a little bit more about this investigation and the findings of these reports?

Peter Doshi: This story that I’ve written focussing on the Pandemrix vaccine which was widely used across the world; it was used by tens of millions of people in 2009 and 2010. This is a vaccine that doesn’t anymore; it’s been taken off the market, but was something that was widely used that therefore was important. In late 2010, there were many cases of narcolepsy appearing that really brought the drug into the public spotlight and lawsuits ensued and these are is still in the courts. My investigation focusses on a document a lawsuit that was compiled by GSK, it’s a safety report, and what’s most concerning about this report is that they suggest multiple possible safety problems and what very interesting is that it’s not just that there’s a possible safety problem there, but the timing of the reports. They are dated. The earliest report I have dates back to December 2009, which is a time when people still hadn’t gotten the vaccine and so had this information, which hasn’t been public until now, come out; people may have made different decision than they actually did. They may have made a different decisions. 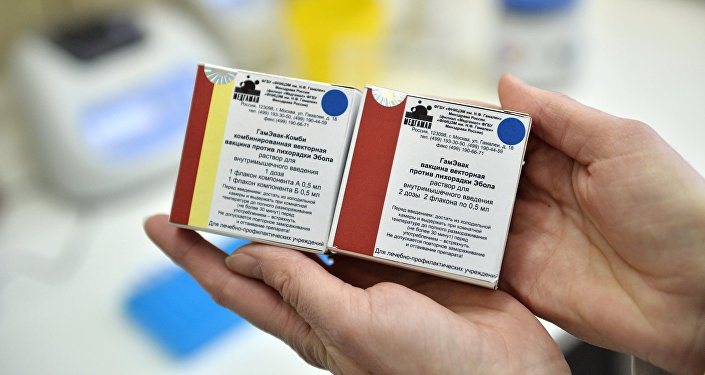 © Sputnik / Ramil Sitdikov
Russian Healthcare Ministry Creates New Powder Vaccine Against Ebola
Sputnik: What does this show about the easiness of how these big pharmaceutical companies put these drugs on the market?

Peter Doshi: We can’t draw Cause and Effect conclusions. You mentioned what does this say about the speed of getting vaccines to market… that’s a complex topic because on the one hand you have a concern about shortcuts happening that will compromise patient safety, but on the other hand if you are facing a very severe illness where you need to get some kind of intervention on the market quickly, there will be a huge demand for that and that’s reasonable. What this points to is in the part, the complexities of getting something to market quickly but I think the more important lesson is what are we doing once we put these drugs on the market? What kind of information are we collecting and how transparent in terms of dissemination of the information we are collecting in real time. The less information you have at the time of approval the more important it is to get more information after approval so you can alter or adjust decision making depending on what you’re learning. 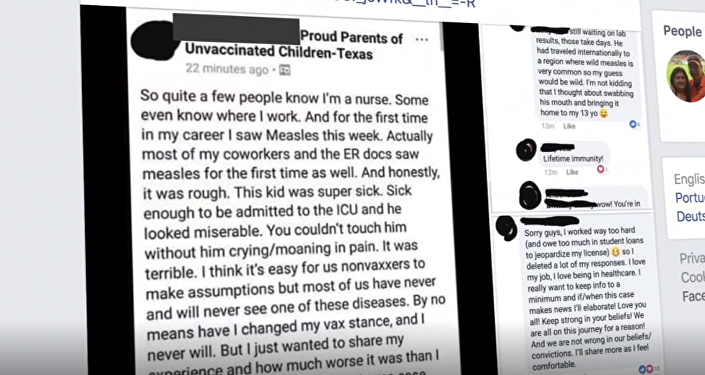 Screenshot/ABC7News
US Nurse Fired for Sharing Baby’s Measles Diagnosis on Anti-Vaccine FB Page
Sputnik: What are your thoughts of these damning results?