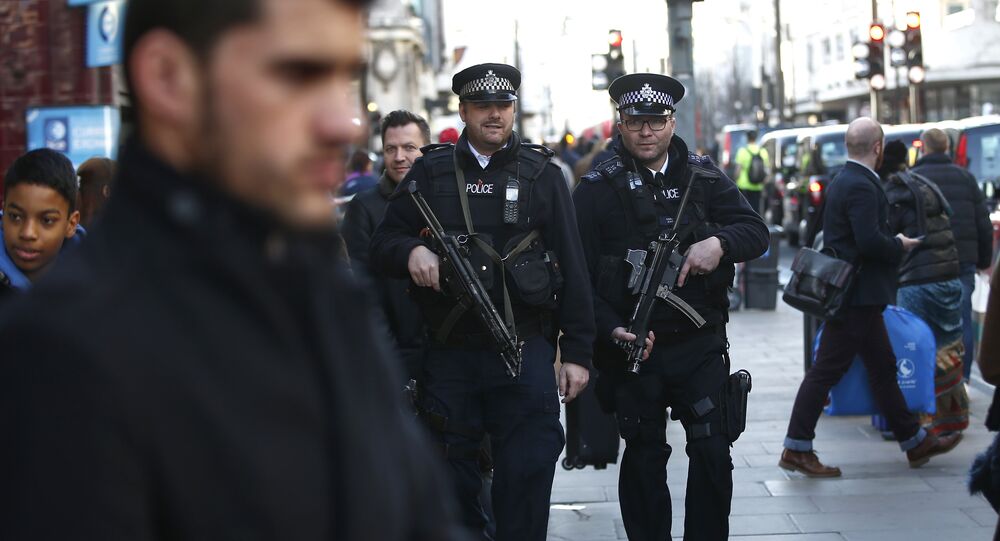 According to the National Audit Office, UK ministers do not know if the police system in England and Wales is ‘financially sustainable’. It has referred to police funding as "ineffective" and "detached" from the changing demands faced by the police today.

This comes as the president of the Police Superintendents' Association, Gavin Thomas is expected to give a speech on Tuesday to the group’s conference stating that policing in England and Wales is ‘on the verge of crisis’. Sputnik spoke to former Detective Chief Inspector Peter Kirkham, formally serving in the Metropolitan Police for more insight on the issue.

What do you think of the National Audit Office’s assessment that UK ministers do not understand the impact of funding cuts on the police?

Peter Kirkham: I think the National Audit Office report today is terrifying. The Home Office and successive governments with Theresa May as Home Secretary and Prime Minister have relentlessly cut the police and gone on and on about reform, and it’s having a devastating effect.

And to now find out that the Home Office and therefore the government didn’t even understand the impact they were having is frankly terrifying.

© CC BY 2.0 / Steve Cadman
UK Police Running Out of Money, but Home Office Unaware – Watchdog
They have put public safety at risk, they are working the police service into the ground – loads and loads of officers are going sick with stress or leaving early, taking their valuable experience with them – and to find that the government doesn’t even understand that it is doing this, is frankly terrifying.

Sputnik: Chief Superintendant Gavin Thomas will address the Police Superintendents' Association, today stating that policing in England and Wales is ‘on the verge of crisis’. He gave a similar warning last year when he stated that policing was in the middle of a perfect storm – is the Home Office simply not listening to police concerns?

Peter Kirkham: The service isn’t even on the verge of collapse, in places it is in collapse. I’m thinking of greater Manchester where the thin blue line has broken in places; I’m thinking of places like the Metropolitan police where the CID is in crisis and they simply cannot find sufficient detectives to fill the role.

The Superintendent’s Association chair, some of the chiefs, they speak and they speak in diplomatic terms because of their position. We’re not on the verge of collapse though, we are in collapse, and police officers – dedicated, long-serving, officers that are doing it not for the money but for the vocational reasons – they’re being driven out of the service because they simply cannot keep doing it any more. They cannot keep working for nothing to make the system work.

© East News / PhotoNonStop RM
EXCLUSIVE: Media and Politicians Created UK Drug War, but Police Fighting Back
Sputnik: What effect are these cuts going to have on the ground; does it pose a threat to the British public?

Peter Kirkham: The public are being put at risk because where 22,000 police officers and the same again, police support staff have been cut — that’s about 20 percent of the total staff of the police service — when they’ve been cut over 8 years the only place they can come from is from neighbourhood policing and from additional staff that were doing pro-active policing.

They can’t not respond to the 999 calls so they staff for that are stretched to the limit anyway and that is beginning to fail. They can’t not investigate crimes but that is stretched to the limit and is beginning to fail because people complain obviously about those things. So the only place that can give is in pro-active policing – going out there, patrolling areas, doing stop and searches, getting amongst the criminals on the street.

That is what the government has done over the last 8 years – they have put public safety at risk. They have undoubtedly led to some of the serious violence that has cost lives and they have got the blood of the young people that have died on their hands.

Views and opinions expressed in this article are those of Peter Kirkham and do not necessarily reflect those of Sputnik.