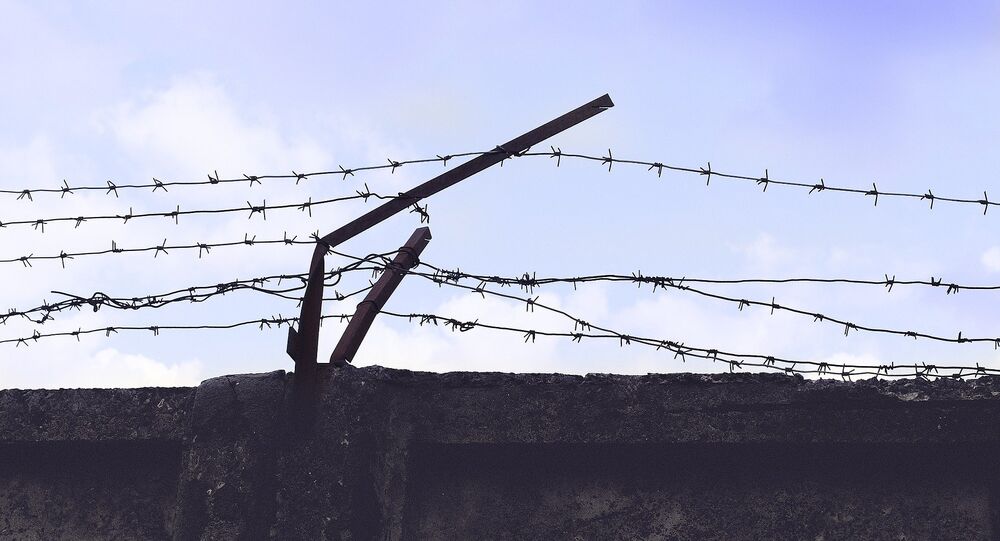 New figures have revealed Hundreds of prison officers have been sacked for smuggling drugs and other illegal items into jails across England and Wales. Dr Simon Harding, Associate Professor at the University of West London, spoke to Sputnik about the significant number of reasons behind this rising problem.

Sputnik: The number of staff caught illegal contraband in Britain’s prison has risen 57 percent since 2012. What are some the causes behind this significant rise in contraband?

Dr Simon Harding: There are a number of reasons and factors sitting behind it and of course we’ve always had smuggling in prisons, it’s been taking place for centuries, this is something that’s had the authorities very worried, it seems to be escalating and it’s down to a number of factors… This includes the changes to staff personnel number. We’ve seen a large number of cuts to prison service staff and a lot of new staff taken on who may be a little younger or a bit less experienced. As a result of that, they may be more prone or more open to engagement with the prisoners themselves and perhaps being intimidated into forms of corruption such as smuggling contraband.

© AFP 2021 / POOL/PAUL HACKETT
Criminology Scholar: the Way UK Government Runs Prisons Is 'Road Where the Path Leads to Hell'
Sputnik: The internal economy inside Britain’s prisons is estimated in the region of £100; what are the consequences of prison staff distributing illegal contraband?

Dr Simon Harding: First and foremost, I guess effectively the officer has been corrupted in their contract of managing the prison and the prison staff. This is something that can be ongoing; it can lead to forms of intimidation and even to forms of blackmail itself. Within the prison itself, we find that the internal economy of drugs and money can be very substantial. What we’ve also found is that some of this [money] filters out from of the prison and back into the community. This is done through the smuggling of mobile phones and SIM cards; it is now increasingly common for any prisoner, at any level in any category of prison, to have access to a mobile phone.

© AP Photo / Lynne Sladky, File
UK Intel Aware of US Torturing Prisoners After 9/11 - Report
Sputnik: Like many problems facing UK prisons, this is one that seems to be spiralling out of control. What sort of policies do we need to see from prison managers and the government to stop and counter these inherent failings?

Dr Simon Harding: I think there are a number of things that can be done. There are some technological advantages that could considered e.g. to perhaps ban mobile phone signals or at least reduce or trace them back – those type of things can be effective; but I think we have a situation where the overall governance and policy towards prisons and the security has to be reviewed. The impression I think the public are getting at the moment is that prisons are violent and potentially getting out of control and that becomes a very serious problem for everybody – whether you work in a prison, are in prison or are just an ordinary member of the public. We do have to address this and bring it under control quickly.