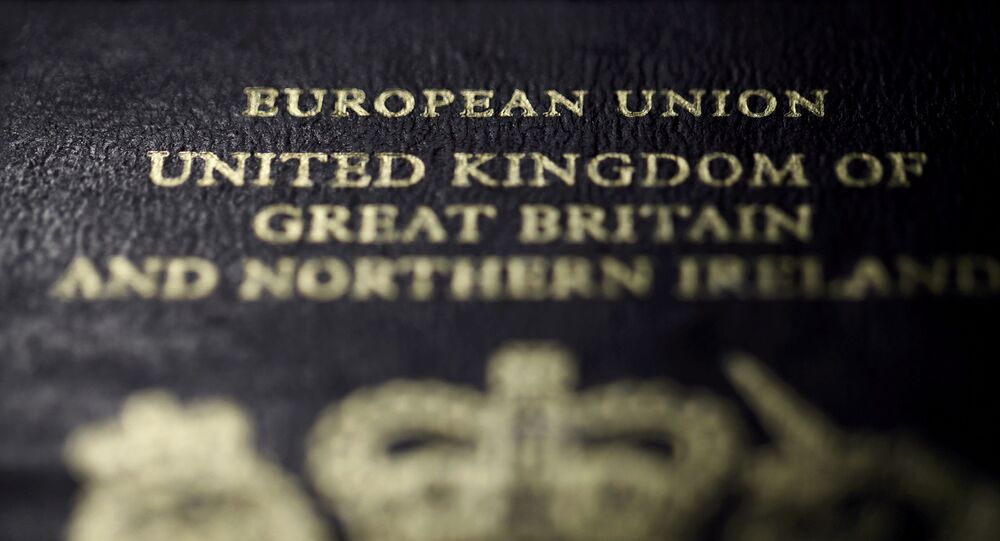 The British pound has reached its highest level in weeks after EU chief Brexit negotiator Michel Barnier offered closer ties with the UK following Brexit. The increase comes as the European Union indicated that progress has been made in the Brexit negotiations.

Sputnik has discussed this with Gavin Barrett, a professor of European Constitutional and Economic Law at University College Dublin.

Sputnik: What are your thoughts on the progress of the Brexit negotiations? What do you make of Michel Barnier’s comments? Do they represent a softer approach to Prime Minister Theresa May’s plans for Brexit?

Gavin Barrett: The wording that was used by Michel Barnier was certainly quite dramatic. He promised a prospect of rather a partnership with Britain as such has never been had with any third country by the EU. But I think it’s not really a surprise his using language like this because I think that a very difficult point and indeed a danger of failing entirely.

© AFP 2021 / Odd Andersen
Panasonic to Move European Headquarters Out of UK as Brexit Concerns Grow
Cabinet Office Minister David Lidington recently threatened that the European Union must choose between the position that the UK has offered, the so-called ‘checkers’ plan, and no deal at all. So if that happened then the whole deal may fall apart and that’s not really in anyone’s interest. So, it’s a good idea, I think, to encourage a deal at this point and I think really that’s what Michel Barnier is actually doing here.

Sputnik: What do you think triggered this shift? Is this just a matter of time running out and it’s time to realize that a no-deal is worse for everybody or what exactly do you think?

Gavin Barrett: I think that’s very much the case. I think there really is a severe risk that these talks are actually going to fail; that it will not be successful and there will be a so-called no-deal scenario.

In other words, the United Kingdom will leave the European Union without any agreement having been reached as it’s envisaged under the so-called Article 50 agreement of the treaty. So I think that he’s trying to sell the idea of an agreement to the British at the moment when they may actually be contemplating going for hard things like economically insane alternative of a no deal entirely.

© CC0
Macron Reportedly Braces for No-Deal Brexit, Sees UK in Europe's 'Second Ring'
But in actual fact, one does need to read between the lines of what Michel Barnier is saying. In the first place, he did promise an unprecedented relationship before; he has used this kind of language before and it’s not actually clear that there’s any change in what the EU are actually offering to the UK. There are blockages in the deal at the moment. The main one is actually the border between the United Kingdom and the Republic of Ireland. The Irish demand which is backed up by the other member states is that this border remains frictionless.

That requires that either Northern Ireland or the UK stays in the customs union and not just in the single market. But the UK has said no to Northern Ireland and to these arrangements; and the UK have said that they’d like to stay in an arrangement whereby they would have free movement of goods and simply drop out of the others. But the EU has said no to that; they said “you either take all of the rules of the single market or you take none of them.”

There’s a very real fear that if the UK as a whole get a deal like that then the other member states, in particular France, would be outcompeted. There’re very serious blockages between either options being used so I’m not actually convinced that the shift has been that great. In actual fact, I think what Michel Barnier is trying to do is to talk up the interest that everyone has and it’s certainly true that everyone does have an interest. He’s trying to talk up the interest that everyone has in actually arriving at a deal instead of going for a dreary option of a no deal between the United Kingdom and the European Union.

© Sputnik / Alexey Filippov
UK, EU May Fail to Finalize Brexit Deal by October Deadline - Brexit Secretary
Trade deals traditionally don’t cover the free movement of services so if it’s an international trade deal that covers the free movement of services or else it’s a trade deal that covers a kind of a customs arrangement which no then each of these things would be unprecedented do in fact it doesn’t take that much for the deal to be unprecedented as it were.

I don’t think we should be reading too much into that prospect. The EU is very much pushing the idea of the so-called backstop situation where Northern Ireland alone remains within these special arrangements and they’ve tried, as Michel Barnier has put it, to “de-dramatize” that particular option and stated that this isn’t cutting Norther Ireland out of the European Union, it’s not as dramatic and you can really accept this.

But there’s a real danger that the parties have actually talked themselves into a corner. There’s one further prospect of the solution and that is if the member states withdraw their support from Ireland and say that Ireland simply has to accept a hard border with Northern Ireland. That could also form a solution as well.

Sputnik: And then there’s also the question of Gibraltar.

© REUTERS / Jon Nazca
‘Britain’s Arab Spring Moment’: Ex-SAS Chief Warns No-Deal Brexit Would Be 'Major Security Concern' for UK
Gavin Barrett: That is true; Gibraltar voted very strongly against the prospect of Brexit as indeed did Northern Ireland. They’re going to be left in a very difficult situation because they do nearly all their trade with Spain and with the European Union and they’ll be left in a difficult situation there and of course Spain is doing its best to advance its positions in negotiations in relation to Malta.

Sputnik: There is a possibility that the deadline will not be reached; what possibilities or capabilities exist to prolong that deadline and how would that affect the entire Brexit negotiating process?

Gavin Barrett: Provided everyone agrees it is actually possible for the 2-year deadline to be extended for the negotiations to go on further than a 2-year period. It’s certainly true that at this stage the deadline is in very great danger because it was hoped originally that a deal would have been reached already at this stage, then talk of October being a final deadline in relation to that.

It’s now clear to everyone that that deadline is not going to be reached and the parties seem very divided at the moment and it’s not clear how they are going to arrive at a deal.

The deal is have to be arrived at the technical deadline that is at the end of March 2019 but in fact this deal has to go to the British Parliament, there has to be a ratification process within the European Union and it has to be approved by the European Parliament.

Views and opinions expressed in this article are those of Gavin Barrett and do not necessarily reflect those of Sputnik.