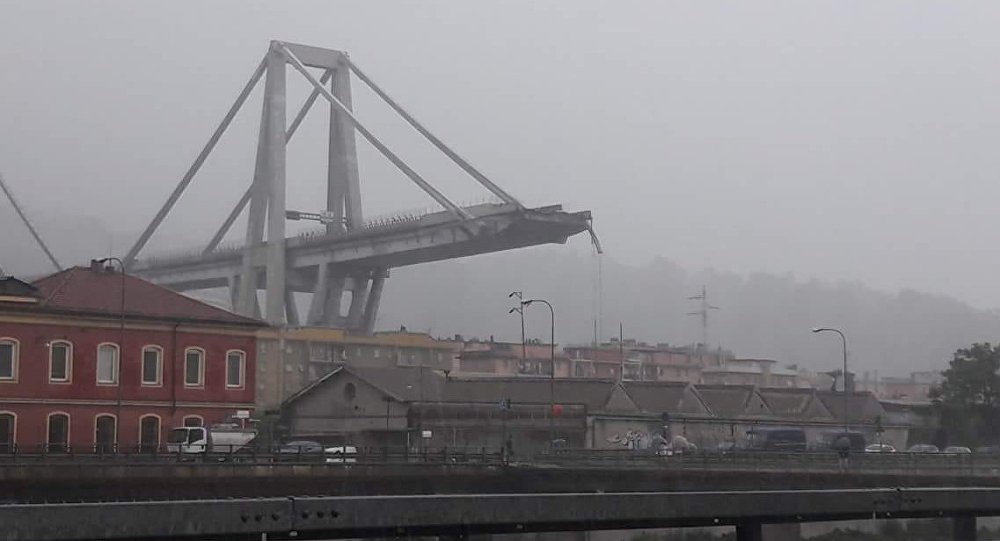 Thousands of mourners have gathered in Genoa to attend a state funeral for the victims of a bridge collapse. Radio Sputnik discussed the reason why tragedies like this continue to happen in Italy with Gianni Royer Carfagni, who teaches a course in bridge construction at Parma University's engineering and architecture department.

Sputnik: The tragic event is not the first bridge collapse in Italy. Last year a motorway bridge collapsed killing a couple while a year before a man died in similar circumstances. How come tragedies like this continue to happen?

Gianni Royer Carfagni: They were due to different types of causes; out of the other tragedies that you mentioned, at least one was due to overloading by a truck which was carrying very heavy goods and consequently the bridge collapsed. On the other hand, the problem in Genoa is much more complicated because even the structure was much bigger. In any case, in Italy we have many infrastructures that had been built during the 1960s, which means that they are more than 50 years old and consequently they are reaching their design life. We need stronger reconstruction in Italy in the next few years, I’m afraid.

© REUTERS / Italian Firefighters Press Office
Trump Offers Italy Help in Wake of Deadly Genoa Bridge Collapse - White House
Sputnik: Moreover, the Genoa bridge was known to be in trouble prior to the incident; how could this unwillingness to act be accounted for?

Gianni Royer Carfagni: The big problem of the Genoa bridge is that it was a cable-stayed bridge. The problem was in the stays, which were made of prestressed concrete. This means that they are made of concrete and they are strengthened by steel tendons, which are inside the concrete. On the one hand, since they are very stressed, they are subjected to a phenomenon which is usually referred to as stress corrosion and consequently cracks may occur in the steel itself and the collapse is usually brittle. But the most important thing is that it’s very difficult to realize or to measure what is the real state of these tendons, which are merged and are not visible inside the concrete; all the technicians agree that the collapse is 99 percent due to the failure of one of the stays, which had provoked a chain reaction. This bridge is a very important piece of art because each piece equilibrates with other pieces and if one element is missing, the other pieces are likely to fall down like a domino effect – a chain reaction that destroys the bridge.

Sputnik: You said that the architect Ricardo Morandi used this unusual design in other bridges; what should be done with them? Should they be demolished or should traffic be restricted on them?

Gianni Royer Carfagni: For all I know, there is a big bridge in Lake Maracaibo, then there’s another one in Libya, and there’s one in Italy. For sure, the Genoa bridge will be demolished and rebuilt because nobody knows about the real condition of this bridge. For the other one in Italy, I think it will be monitored and if necessary it will be demolished, rebuilt or retrofitted.

Sputnik: Who should take the responsibility for the bridge failure?

Gianni Royer Carfagni: This is a very big question because there is a general aspect and a particular aspect. I think that the major responsibility is on the Autostrade per l'Italia, which was running the freeway and consequently they were responsible for the maintenance of the bridge. There’s also an expertise needed to be done to assess the real state of the bridge itself. As a matter of fact, there is a big debate now in Italy because the government says that they [Autostrade per l'Italia] are responsible and they want to withdraw their license to run all the freeway systems in Italy; on the other hand, the society offered half a billion euros to rebuild the bridge and to compensate for the loss of human lives. For this particular bridge I think that the responsibility is mainly on the company that was running the freeway. 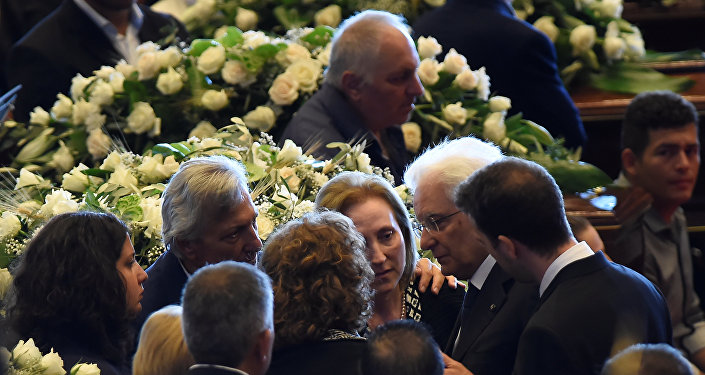 © REUTERS / Massimo Pinca
Genoa Holds State Funeral for Bridge Collapse Victims
Sputnik: What do you expect from the government of Giuseppe Conte in regard to tackling this issue? How high are hopes for a change for the better?

Gianni Royer Carfagni: They have done a very strong action by claiming that we are going to withdraw license from the company that was running the freeways. Personally I don’t think that withdrawing the license or stopping this company would be the best solution because we need someone else that takes care of all the freeways in Italy and it is not easy to find another partner. What I expect is that there is deeper control of the government; I also expect a survey of the real conditions of the bridges in Italy.

Officials Warn: 7% of France’s Bridges Could Collapse, Like in Genoa Tragedy