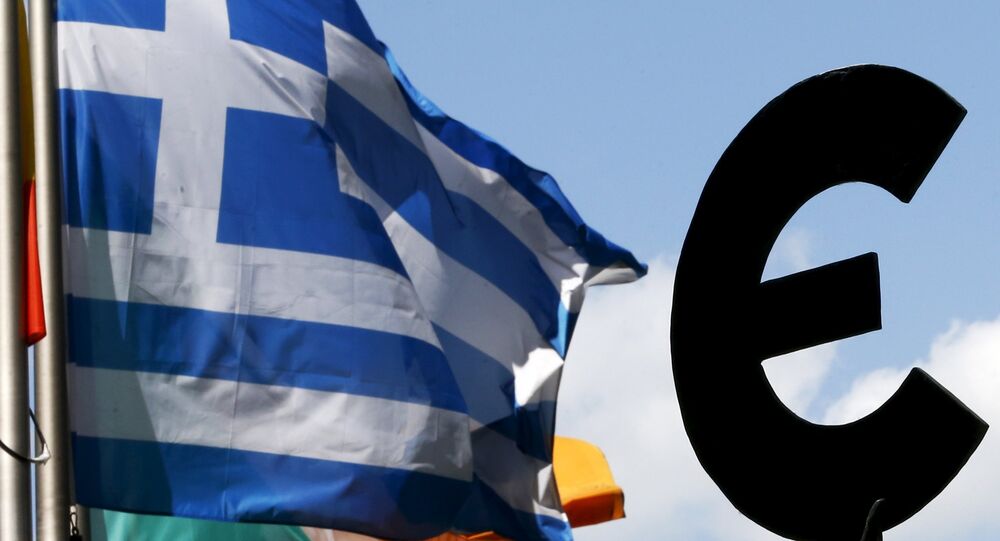 With Greece exiting from EU bailouts this coming Monday, many have tried to defend faltering economic policies by comparing the situation with other more prosperous members of the bloc. But is this logic inherently flawed?

Sputnik spoke with Ray Kinsella, Professor of Banking and Financial Services, and Healthcare at UCD for more insight on the issue.

Sputnik: Is there any similarity between the Irish and Greek economic situation?

© AP Photo / Petros Giannakouris
Greece Exits Final Three-Year Bailout Program - ESM Fund
Ray Kinsella: No. The Irish economy is doing extremely well, but is still impacted by negative equity. As for Greece; it’s set to exit formally from its bailout, but I don’t see that as a practical proposition. Europe is in an existential crisis, politically economically and in terms of values.

If you look at Greece; it has 20% unemployment and a high debt burden, in addition to surveillance until 2060. Greece has had a situation imposed by the European institutions, the IMF, European Central Bank and the ECD.

The refusal by the EU to give effective debt relief and different needs of countries have contributed to the crisis.

Sputnik: Are economic issues the only cause of division within the EU?

Ray Kinsella: So many countries with different profiles, such as the North and South of Europe have different values.

Britain is leaving the Europe that has changed radically and the divisions are all caused by different values as opposed to purely economically issues.

Views and opinions expressed in this article are those of Ray Kinsella and do not necessarily reflect those of Sputnik.