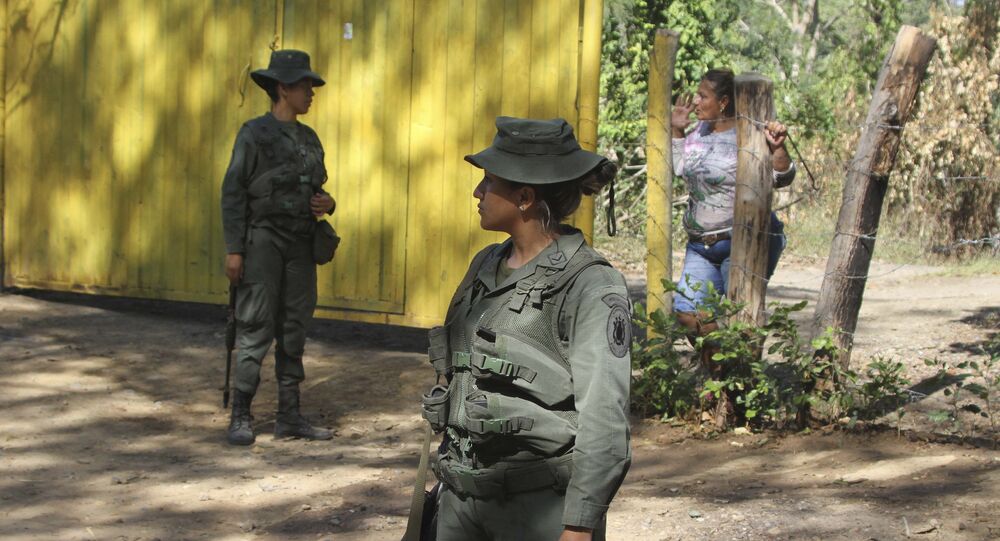 Venezuela's President Nicolas Maduro has said the country’s subsidized fuel prices should rise, to stop smugglers from cheating the country out of billions of dollars. Will this help alleviate the ongoing crisis or be another failed measure at redemption for the government?

Sputnik has spoken with Daniel Hellinger, Professor of International Relations at Webster University for more information about the latest developments in Venezuela.

Daniel Hellinger: There’s a good chance it will. They are trying just about everything else. When it comes right down to it, the prices of gasoline are just so cheap that Venezuelans will go to extraordinary lengths to try to basically smuggle it out of the country, and at all levels of society.

It comes right down to people that are relatively poor filling up gas tanks, driving to the other side of the border in Colombia, emptying the gas tank to just the point where they can return again, then repeat the operation; all the way up to corruption within PDVSA.

© AP Photo
Venezuela Parliament Strips Immunity from Lawmakers Over Drone Attack
Although I will say that the president has been trying to deal with corruption within the oil company before. In the end, the incentive is just so great, with the differential between a gas price of literally pennies on the liter to global prices of $5-6. It’s just a huge incentive for people to take the chance of smuggling.

Sputnik: How long do you think that Maduro could stay in power for, could we see US intervention?

Daniel Hellinger: The question revolves around what kind of intervention. Certainly, the US has, since the earliest days of Chavez had no love for Bolivarianism.

I think it will take a historical perspective to know how much the United States may have been involved going all the way back to the 2002 coup against Chavez himself.

But on the other hand, I also don’t think there’s much of an appetite among the national security establishment for direct military intervention, despite some wild statements by Trump, I don’t think that there’s going to be actual deployment of military forces to try to remove him from power.

Where I think there is greater danger is indirect intervention coming across the border from Colombia.

© AP Photo
Colombia, Mexico Refute Accusations of Conspiring With CIA Against Venezuela
While I don’t think we have evidence or proof of Colombian involvement, for example, on the assassination attempt on Maduro, we know that the right wing in Colombia is very strong, particularly with ex-President Uribe’s circle of international friends, including many in Miami.

Now, that’s a kind of intervention that I think is going on, although again we don’t have proof of it, I just think it’s very logical and very likely that those kinds of forces are doing everything they can to get Maduro out.

Views and opinions expressed in this article are those of Daniel Hellinger and do not necessarily reflect those of Sputnik.

Venezuela: Another US Drone Strike?