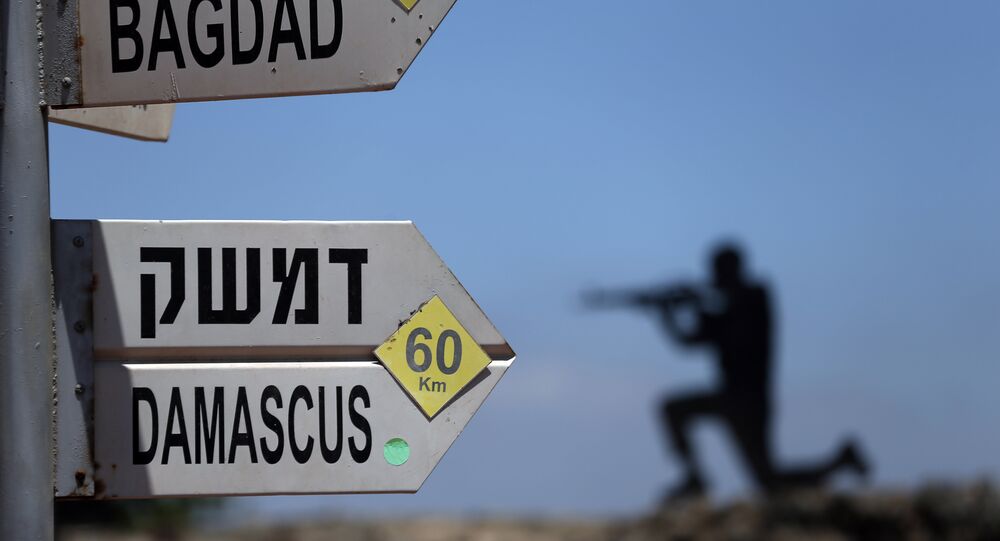 Sputnik: Despite mounting tensions between Syria and Israel, Tel Aviv seems to have changed its tone regarding President Assad, saying that it will not intervene in the country if existing agreements are upheld. What do you think prompted this change?

Mark Heller: I think really what's in evidence here is a kind of Israeli recognition of an almost inevitable outcome to the very long civil war in Syria, which is that the Syrian regime is going to prevail and reestablish its presence almost the entire country, including areas which are in proximity to Israel.

© REUTERS / Jonathan Ernst/File Photo
Netanyahu: Israel Has No Problem With Assad, Won't Attack Syria if Existing Agreements are Upheld
Therefore, the Israeli understanding is that it's necessary or desirable to reach some kind of understanding with the regime on the assumption that the devil you know is maybe better than the devil you don't know.

Sputnik: Israel also attacked Syrian army positions late Wednesday in retaliation to the alleged violation of its airspace by a Syrian drone. What's the likelihood that things could take a turn for the worse as a result of this?

Mark Heller: It's obviously not something that can be categorically excluded. I don't think that at this point the Syrian regime is looking for a direct confrontation with Israel. They have other priorities which are more urgent. There's always the possibility of course of the loss of control within the Syrian military establishment.

But even more significant is the use of Syrian airspace by others to attack or undermine Israeli security, others here meaning Iran or its proxies Hezbollah, which are operating in Syria. So there is a not inconsiderable risk.

© AP Photo / Hassan Ammar
Israel Attacks Syrian Army Positions in Quneitra Province
Sputnik: Perhaps the interesting thing for many onlookers is the role Russia could play in calming the escalation between Israel and Syria, particularly the situation along the border, given its ties to both countries in this dispute. What's your take on this?

Mark Heller: It's true that Russia has ties both with Syria and with Israel, but I think that the even more important factor is that Russia has ongoing ties with Iran; that is a most urgent consideration as far as Israel is concerned — keeping Iran and its proxies away from Israeli territories and ideally out of Syria entirely.

It would appear that in some sense there is an overlap of Israeli and Russian interests here, because the sense in Israel is that Russia too does not have an interest in seeing Iran entrench or extend its influence and control throughout Syria. Therefore, the major question is how much is Russia willing and able to help promote an outcome to which Israel appears to be unequivocally committed – that is, the exclusion of Iran from Syrian affairs. We'll just have to wait and see how much that comes to pass.

Dr. Mark Heller is the principal research associate at the Institute for National Security Studies in Tel Aviv. The views expressed by Dr. Heller do not necessarily match those of Sputnik.