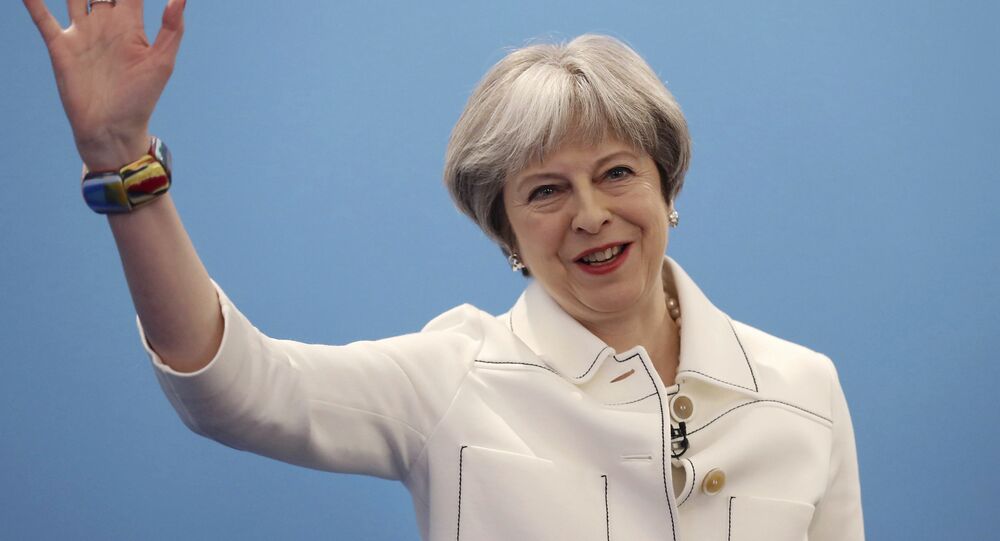 If May Compromises on Brexit, Further Resignations Will Follow - Broadcaster

British Prime Minister Theresa May has demanded her Chequers Brexit plan will deliver on the result of the Brexit referendum. Sputnik spoke to Marcus Stead, Broadcaster and political commentator about what this means for future Brexit negotiations.

Sputnik: Today, Germany's chancellor Angela Merkel has stood by Theresa May, praising her Chequers Brexit plan as a good start. How significant is this and what affect will it have on the Prime Minister?

Marcus: Theresa May has a number of quite significant challenges ahead of her, because Angela Merkel is a rather precarious position of Chancellor of Germany in the long term, but in Theresa May’s position, there was a meeting of the [Conservative] 1922 committee on Monday evening and the 48 signatures required for a vote of no confidence from backbench MPs was not gathered. She [Theresa May] will most likely win that vote of no confidence at this stage, however if Theresa May requires Labour votes to get the Chequers deal through parliament that would leave her position very precarious indeed. If she survives that vote of no confidence, the Conservative Party rules state that there cannot be another challenge for 12 months. So for the so-called hardline Brexiteers, it’s in their interest to bide their time, for the time being at least.

© AP Photo
Brexit Britain: UK Gov't Stockpiling Food Supplies at Ports in Case of 'No Deal'
Sputnik: Despite dodging a coordinated attack to unseat and oust the prime minister, Theresa May faces her hardest challenge of pushing her Brexit vision through parliament. What effect will the recent cabinet drama have on the UK’s negotiating power in the Brexit talks?

Marcus: It seems very likely indeed to me that the Chequers agreement, if it gets through parliament, which I think it will with the help of Labour MPs, when it gets to Brussels the EU will reject it anyway. I think the most unpalatable part of this Chequers agreement that is annoying many on the Conservative backbenches and a small number on the Labour backbenches is that the European Court of Justice, will have jurisdiction on trade disputes. As Daniel Hannan, the Conservative MEP said yesterday, he said he could just about accept the Chequers agreement but there is no further room for maneuver. So if the EU is looking for further compromises and Theresa May was to bend to those compromises that would inevitably lead to further resignations.

Marcus: The hardline Brexitiers and even the not-quite-so-hardline Brexitiers on the backbenches, who are not happy with the Prime Minister, have got to wait for the appropriate moment when they know for sure a vote of no confidence would succeed against her. I think they are biding their time for the time being and they are hoping in one sense that the Chequers agreement gets through Parliament with the help of Labour MPs, because if she’s relying on Labour votes to get that through the Commons, that would make her position far more precarious than it is at the moment. Timing is everything.