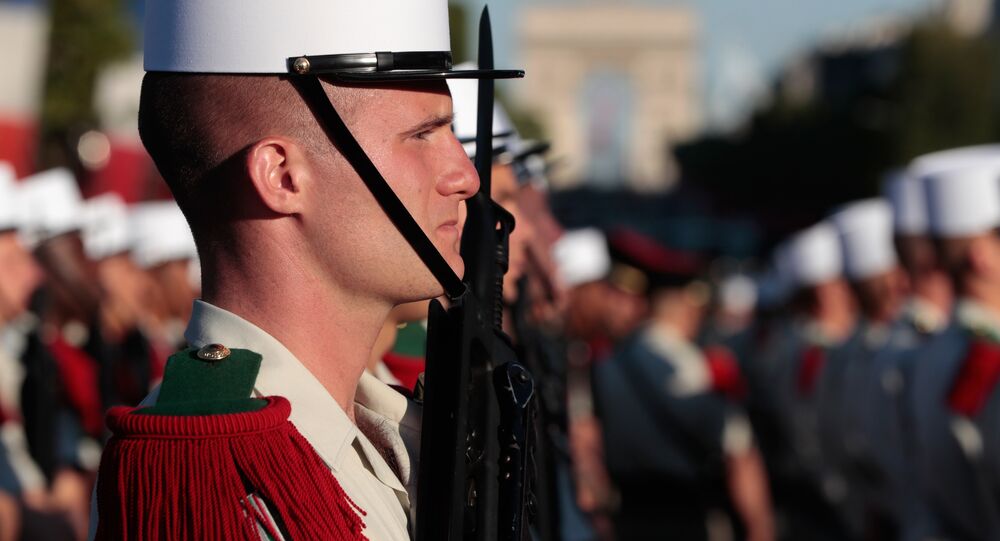 French President Emmanuel Macron has brought back national service in a move that will polarise the country. Sputnik discussed the issue with Lecturer in French at the University of Warwick David Lees.

Sputnik: Will National service be viewed positively by the French public and why has Macron decided to bring it back?

David Lees: It will be a mixed response, but will be looked at positively by those living in the suburbs in major cities for whom this will be an opportunity to develop skills and do training and to gain experience in the wider world. Some may view it with skepticism, given that Macron hasn’t increased social advancement in other areas and it could be seen as his attempt to deflect attention away from area where his government is lacking.

© AP Photo / Matthias Schrader
Twitter Blows Up as Trump Bans Most Transgender People From Military Service
Sputnik: What measures will he implement?

David Lees: There will be two aspects involving further training and skill development and there is a voluntary aspect which will involve more comprehensive military training. It’s not as clear cut as the old French scheme and offers much more flexibility.

The views and opinions voiced by David Lees are those of the speaker and do not necessarily reflect Sputnik's position.