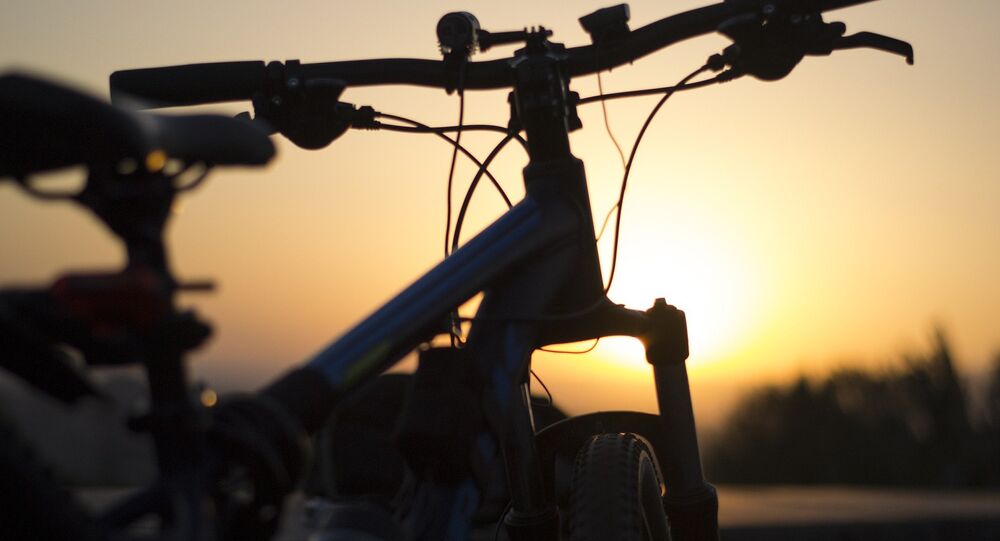 The specialist electric bicycle manufacturer has revealed a new series of crypto mining e-bikes. Sputnik has discussed it with Scott Snaith, CEO, and co-founder of 50cycles.

Sputnik: Can you tell more about the electric bike generating bitcoin and how you came up with this idea?

Scott Snaith: I came up with the idea by combining really my two favorite passions in life at the moment, which is the following sort of bitcoin blockchain technology for a number of years now and electric bikes, which we started, we made 50cycles back in 2003. This was started in Japan with a vision of a sort of revolutionizing the transport system, which we now have across Europe electric bikes being sold more than cars in Germany. We're looking at cryptocurrency at the moment is an even bigger game-changer in the society that gets right to the heart of many problems that society currently has. So we combined like the proof of work concept that bitcoin offers in releasing digital assets to the market.

We thought it'd be a great idea if we combined this with human work that you do through cycling and through one of our own models, the Toba electric bike, and we thought it would be a good idea to reward our customers for their effort and use of the product, which we envisage… will be a kind of new economy really, so digital assets over the next 20 years will be as prevalent as a company's website, for example, precision and accessibility of digital exchanges, which will make it seamless to store, transact nano-payments and offer sort of a good environment for free trade.

Sputnik: How exactly does the bike generate the cryptocurrency? Where is it stored after it's been obtained? I think that's the key question that our listeners would be interested to hear from you.

© AFP 2021 / FEDERICO PARRA
Venezuela to Issue 100 Mln Petro Cryptocurrency Units Worth $6Bln - Ambassador
Scott Snaith: So what we've done, we've partnered up with LoyalCoin, which was sort of released to myself, a good friend put me on to this company back in October time and I just thought it was like an amazing concept, what they've done. They're the first ever company to put like a loyalty reward program. It sits on the blockchain. So there're 9 billion loyalty tokens available, which are released then to merchants to form a coalition and a community so it's really kind of looking at the community side of building a good merchant facility. What it does it creates a loyalty for customers because you find — I think there was a report in The Telegraph only a couple of weeks ago — 6 billion pounds worth, for example, of loyalty coins, etc.

I just thought it was a very interesting concept that these loyalty tokens that can then be exchanged for air miles, for example, but I can't actually ever use them to book a flight, if I could actually exchange them for cash, I'd be an even more loyal customer of the airline; so at the moment customers will see 1,000 loyalty coins for every 1,000 miles ridden and we will also give them a free service so that we can monitor the focus of the bike (2:29) as possible. As with everything within this space, everything is kind of a work in progress.

© Sputnik / Evgeny Biyatov
Tourist-Friendly Australian Town Fully Embraces Digital Currency
The rules haven't been written yet, so we're kind of one of the best practice in place all the way along that line. We're one of the first companies to introduce product tokenization and that is a real tangible way of getting this kind of message across to people; then obviously these coins or tokens can be exchanged for bitcoin, which can be sold on the open market for cash or we could use them at LoyalCoin merchants worldwide — a lot of the merchants we will be giving discounts for their services, etc. So you're looking at a deflationary effect, which is something the world really needs at the moment as opposed to sort of the hyperinflation.

Sputnik: So I'm reading here riders will be awarded 20 pounds per 1,000 miles — how is that price determined?

Scott Snaith: We just felt that 20 pounds were a good start. Obviously as the LoyalCoin value goes up in time this will be adjusted so at the moment it's kind of 0.0022 pence, but if that goes up to 2p, obviously that's going to change, and there'll be sort of like a 200 pound reward, which will have to be adjusted so that we can offer the best service to our customers. At the moment it's just a really nice — a thousand miles for a thousand LoyalCoins — but obviously, this may be changed to be more in line with the 20 pounds or whatever valuation that is at the time. And I think that's how many of the merchants have gone along as well. They'll define how much they want to give as a reward to their customers and that will be converted to a LoyalCoin price at the time of the offering.

Sputnik: Now we know that bitcoin is a controversial topic among many lawmakers around the world — what's been the general reaction to your project so far? Have you got a lot of response from the general public?

Scott Snaith: Yes, well I was just on the LoyalCoin telegram forum and there's a lot of interesting people that want one of these electric bikes just for the pure reason that it's being used in that way. The reaction within both the cycling media and the crypto-related media has been fantastic, there seems to be a bit of a media blackout in the UK that is the case in other parts of the world.

The views expressed in this article are solely those of Scott Snaith and do not necessarily reflect the official position of Sputnik.

Crypto-Banking on the Rise: Liechtenstein Bank Allows for Bitcoin Investments