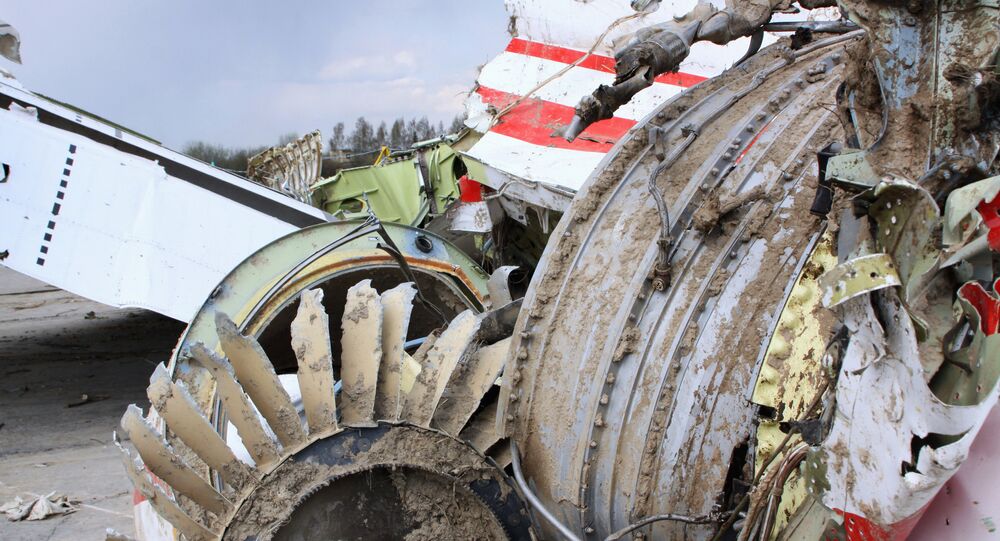 Publicist on Traces of Explosives on Kaczynski's Plane: 'Guards Were Armed'

The Polish commission that's investigating the plane crash near Smolensk, in which the nation's President Lech Kaczynski died on April 10, 2010, announced that it has discovered traces of explosive within the plane wreckage. Sputnik discussed this with publicist Paweł Deresz, who lost his wife Jolanta Szymanek-Deresz in the crash.

Sputnik: Antoni Macierewicz, Poland's former defence minister, who's heading the Polish commission probing the disaster, said that there was evidence of traces of explosives on the fragments of the aircraft and the body of at least one victim of the plane crash. How can you comment on this?

Paweł Deresz: I will be very interested to know the name of the person on whose body some traces of explosives, including gunpowder, have been found. As you know, during the trip to Katyn, President Lech Kaczynski was accompanied by officers of the Government Protection Bureau, who carried weapons. If what Mr. Macierewicz says is true, I do not exclude that it was on the body of one of the officers who had a gun that they found traces of gunpowder or some other substance that has something in common with explosives.

Sputnik: The media talks about Mr. Macierewicz either negatively or says nothing at all. Maybe he wants to come back and is trying to please some political circles this way?

Paweł Deresz: Mr. Macierewicz, as usual, wants to take advantage of the situation and remind [people about] himself, and is also preparing to take over the political legacy of Jaroslaw Kaczynski, who's the leader of the Law and Justice party. This person is tempted by all sorts of privileges, functions and posts. And I can't rule out that he expects to take the place of the head of the party.