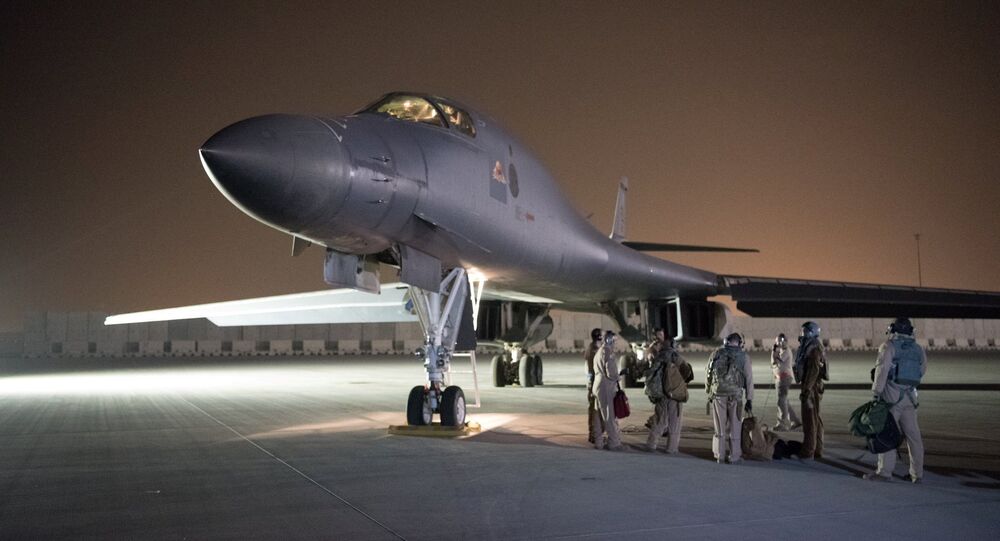 Qatar must send its troops to Syria before US cancels its protection of Qatar, Saudi Foreign Minister Adel al-Jubeir said, adding that the Qatari government “won’t last a week without the US military base.” Radio Sputnik discussed the issue withth Birol Baskan, assistant professor at the Georgetown University School of Foreign Service in Qatar.

Sputnik: The Saudi Foreign Minister warned Qatar that it should replace US soldiers in northern Syria or Washington will pull its support for Doha, which would lead to Doha’s downfall. He also said that Qatar should pay for the US military presence in the country. What do you make of this statement?

© AFP 2021 / MOHAMED EL-SHAHED
Qatar Obliged to Send Troops to Syria to Keep Being Protected by US – Riyadh
Birol Baskan: I see this as just another verbal attack on Qatar. I don’t think that Qatar can replace the United States in Syria for the simple fact that Qatar’s army is very small, not more than 13,000 troops. I don’t think [the Qatari army] has all the necessary military capacity to do any service in northern Syria.


Sputnik: And what about paying for the US presence?

Birol Baskan: I don’t think that countries must pay each other, it’s bribery and undiplomatic. President Trump is saying that Saudi Arabia and other Gulf states should pay the US. […] The Saudis and others are already buying American weapons in large numbers, so I don’t think they can offer more to the United States in terms of encouraging it to do some military service in the Middle East. It’s a totally absurd expectation by the United States.

Sputnik:  Why did Saudi Arabia say that the Qatari government would be overthrown within a week if Washington closes its military base?. Is there any reason at all why Washington would close it?

Birol Baskan: A couple of weeks, ago there was rumor that the US is going to withdraw its bases from Turkey and Qatar and the US Defense Department immediately denied any such preparations. I do not see any reason why the US should close down its base in Qatar or, for that matter, in Turkey, at least in the foreseeable future. Even if it does, I don’t think the regime in Qatar will fall down as the Saudis hope for. I don’t think the Qataris will stand up against their ruler just because of some provocations from the outside. If the Saudis and Iraqis claimed to invade Qatar in the beginning, they surely hoped that the presence of the US military base in Qatar would help their claim.”