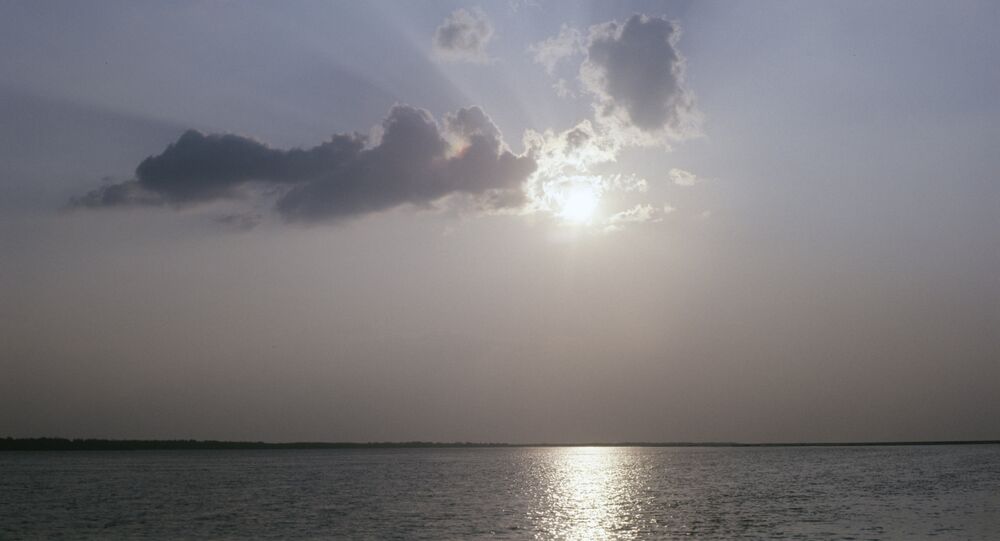 The Amu Darya is the deepest river in Central Asia and originates in the Pamir Mountains. About 1,126 kilometers of the river mark the borders of Afghanistan, Tajikistan, Uzbekistan and Turkmenistan. There are two big ports on its banks – Khairatan and Sherkhan - through which the export and import of goods is effected.

Tamim Bahadurzai, Director of Survey and Projects in the Afghan Ministry of Energy and Water has told Sputnik that a recent meeting between the representatives from the water authorities of Uzbekistan and Afghanistan prepared the foundation for a discussion concerning the construction of a wall to prevent soil degradation. According to him, the counties in Balkh Province which are located near the river are at risk of flooding every year:

"The Afghan government has decided to commence negotiations with its neighboring countries concerning the reinforcement of Amu Darya's riverbanks. If we manage to come to an agreement, the major technical issue will be the reinforcement of both banks of the river because if one side conducts work, the other side will definitely be damaged."

During the meeting the parties discussed measures to be undertaken by the government to solve the problem of seasonal river flooding: "In recent years, The Ministry of Energy and Water of Afghanistan made a number of attempts and developed programs that have helped to prevent destruction."

The parties also discussed the establishment of a joint commission with the aim of coordinating efforts to develop preventative measures in order to protect the riverbanks:

"The work continues. The government intends to do substantial work on reinforcing the Amu Darya's riverbanks which could protect us from flooding."

Khaji Mohammad Abdah, a Member of Parliament from the IRA for Balkh Province has told Sputnik that during its seasonal flooding, the Amu Darya damages the provinces of Balkh, Jawzjan and Kondoz. According to him, such flooding causes not only material damage, the destruction of houses and agricultural lands, but also the partial submersion of these provinces.

"From time to time, the people of Balkh Province request the government to answer the question on why it doesn't give due consideration to the fate of the lands," — the deputy said.

Sputnik Persian/Amir Sayad Shirazi
Iran and Russia Redouble Efforts to Save Caspian Seals With New Rehab Center
Abdah expressed hope that the Afghan government, together with its neighbors will solve the problem of flooded lands, reinforce the riverbanks and take preventative measures to protect the riverbanks from further destruction.

The MP called the flooding very dangerous and gave an example of the natural disaster's aftermath:

"The center of Shurtepah County, the school and the mosque went under water. The destruction is continuing. Some parts of the port city of Khairatan are in serious danger."

According to him, people in the Balkh province have repeatedly requested the government reinforce the riverbanks to prevent damage, however, until today, nothing has been done regarding the matter.