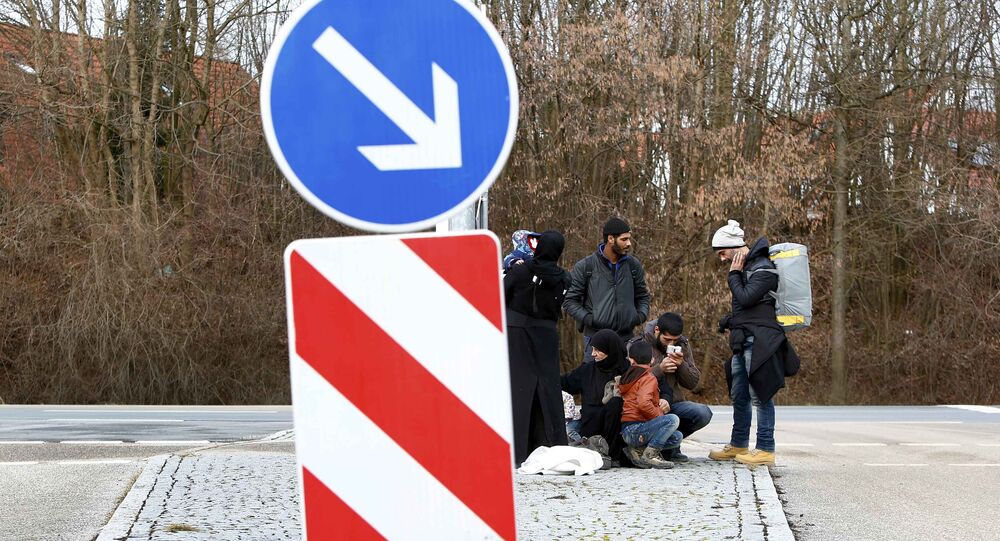 Sputnik has discussed the news that Germany’s Interior Ministry Horst Seehofer is going to cancel the passports of jihadists with Martin Hess, a lawmaker of the Alternative for Germany party.

Sputnik: Some activists in other countries have branded the proposed measure of revoking jihadists’ citizenship as undemocratic. What is your opinion on this?

Martin Hess: It is rather a dual nationality which is undemocratic. It provokes conflicting loyalties and prevents migrants from adapting to our rules and values. Parallel societies with very negative effects on internal security are the result. Somebody who is a member of a jihadist network has proved that he rejects our country. He forfeited his German nationality and should consequentially be deprived of it.

Sputnik: In your view, how effective will this measure be in the fight against terrorism?

© AFP 2021 / PHILIPP GUELLAND
Germany Has 22% Fewer Asylum Requests in 1st Quarter 2018 - Migration Office
Martin Hess: I strongly doubt that Horst Seehofer will be able to implement this measure in a ruling coalition with the social democrats who even attacked him harshly for softer proposals before. Apart from that, deprivation of nationality would prove ineffective if not combined with consequent deportation. The Grand Coalition, however, has lacked will and determination to deport dangerous persons for many years now.

Sputnik: What changes in Germany’s migrant policy could be expected under the new government?

Martin Hess: People who expect a true change of Germany’s migration policy from Seehofer’s so-called master plan will be bitterly disappointed. German borders are still not effectively protected, every month thousands of migrants without identity documents are granted entry. As long as this main problem remains unsolved, more and more potential terrorists and violent criminals will enter our country.

Sputnik: It was reported earlier that the number of Salafists in Germany has doubled in recent years. How much danger do they represent for Germany?

Martin Hess: Salafism poses an enormous threat to Germany. Terror organizations recruit new fighters within the Salafist movement. Especially in major cities and in the urban areas of North Rhine-Westphalia there is a Salafist parallel society emerging, with even women and children becoming increasingly radicalized. If we really want to tackle the roots of terror, we have to fight Salafism with the utmost severity.

Sputnik: What is the main reason, in your view, for this growing number of potential jihadists in Germany?

Martin Hess: The German state has not tackled political Islam for decades. It neither prohibited imams from preaching hatred and violence, nor did it close their mosques with political resolve. When Chancellor Merkel opened the borders for hundreds of thousands of Muslims in 2015, there was already a breeding ground for Islamism. (It was easy for Salafists to recruit young migrants.) Today every fourth potential terrorist on German territory applied for asylum. This means that we have to deport all these dangerous persons, effectively control our borders again and reject every person without identity documents!