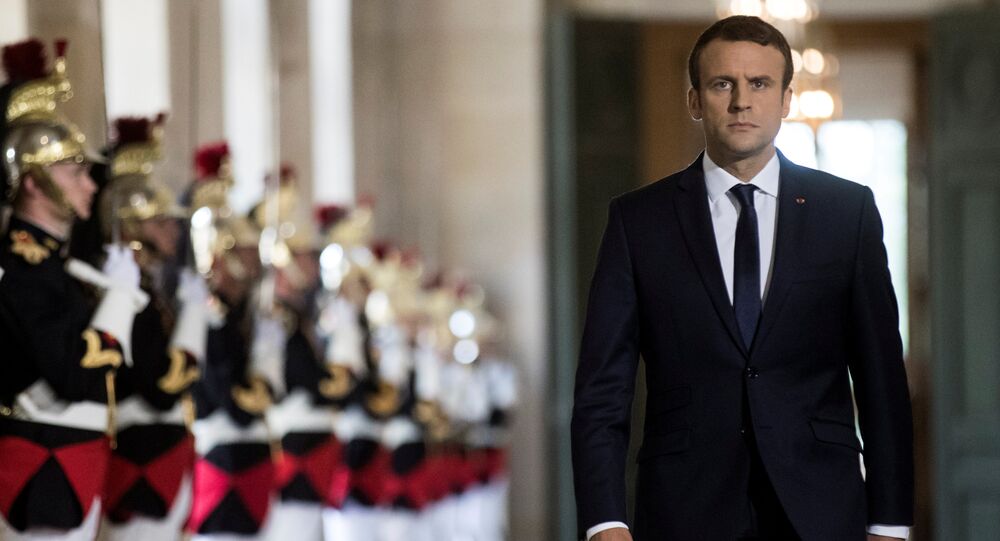 Recently, French President Emmanuel Macron said in an interview that Facebook and Google are welcome in France, creating jobs and being “part of our ecosystem,” but at some point, those companies became “too big.” Sputnik spoke to Ashraf Aboul-Yazid, President of the Asia Journalist Association for more.

Sputnik: What is your take on the Macron’s statement?

Ashraf Aboul-Yazid: As early as the invention of media, there has been a way to measure everything, regarding what people like and dislike, want or hate, but these tools were only used by experts and specialists in a narrow scientific field. What Facebook and Google did, along with other social media outlets brought, is that everyone can be involved, as they are easy tools, almost free, and well common. So, I agree with French President Mr. Macron that Facebook and Google are becoming too big to be governed, he is true to warn us, but let me tell him: it is too late, as these giant companies replaced the ordinary authorities successfully, they do not only monitor our steps or control them, but they force us to move accordingly, as well.

The water is boiling, and it is almost vaporized, and you want to get it back to its original form! So, you first need to arrange the atmosphere around it. The societies are addicted to Google and Facebook, as they are both virtual, and people are running away from the poor real life, to live a fantasy one, and no initiative steps taken to get them back or away. Traditions of family, culture and other resources could persuade them to stop boiling the water.

Sputnik: Do you agree that tech giants such as Google and Facebook are hard to govern and regulate?

Ashraf Aboul-Yazid: Nothing impossible, as history tells us. There are two ways; the technological one — by stopping the availability of them, but this is – somehow — the dictatorship school. The other way is to create alternatives. And They could be technological alternatives, by sending users to live in space via VR glasses, where there is neither Google nor Facebook, nor even political games!

Sputnik: In your view, what impact can internet giants have on such things like elections?

Ashraf Aboul-Yazid: Elections are like any other objects to be sold. They are in the market and subject to good promotions, fake news, bad deals, and so on. So, I believe they could make an impact, but they cannot judge who the winners are. It can affect thousands in a local club elections, but not dozens of millions of votes in a huge state.

Sputnik: How can they impact public opinion?

Ashraf Aboul-Yazid: I will refer to the trend group in Facebook, as they are able to spread certain news and filter other ones. In this case, you control the flood of wanted news; while you stop certain headlines, and spread the opposite. This is also a technological method that Facebook admitted they committed.

Sputnik: Some experts have noted that major influence tech giants have on users, do you think there is any way governments oppose this?

Ashraf Aboul-Yazid: In the Middle East, and similar regions, governments could hire what is known as “Internet Committees”. They are a sort of electronic spies in the virtual space, to spread rumors, attack political opposition, monitor certain figures. Some governments request those social media outlets to stop certain accounts, in cases of certain crimes like hatred. But I believe that the most effective way is to be transparent, honest, trusted. When people trust you, they will not obey your opponents.

Sputnik: Do you think there is any way to regulate the tech giants without negatively impacting user privacy?

Ashraf Aboul-Yazid: The mistake of these tech giants started within them, and solving those mistakes are only possible by fixing them within. Google and Facebook must follow some certain ethics in societies, and this is the reason to negotiate for the sake of people themselves; their solidarity, safety, happiness and human rights.