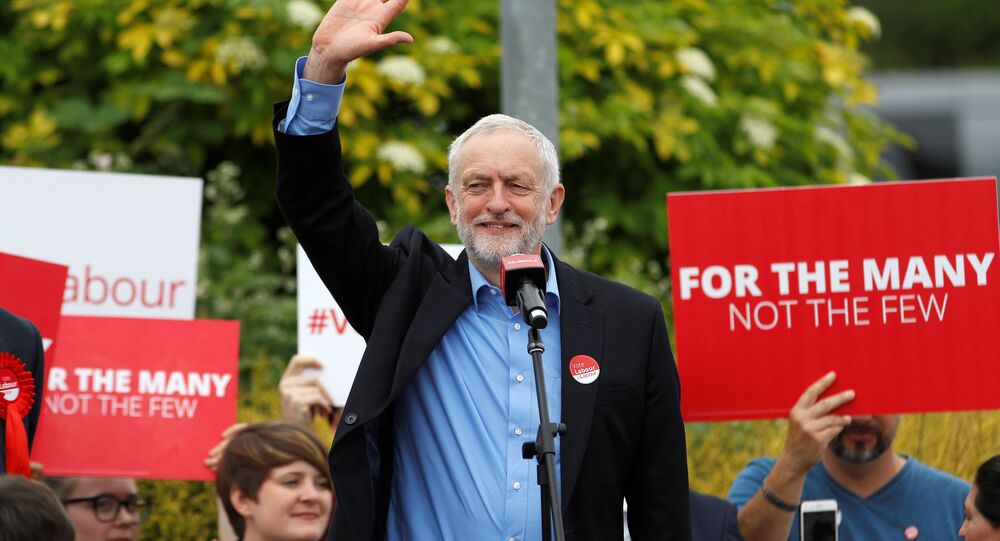 'It Is an Attack on Corbyn': There Are Powers Beyond The Party - Analyst

With Labour MPs pressing Jeremy Corbyn for more action to "root out" anti-Semitism in the party after he issued a new apology to Jewish groups, Sputnik spoke with Jerry Hicks, Political commentator to assess the issue and whether mainstream media has been unfairly singling out Corbyn.

Sputnik: Is there any truth to Labour Anti-Semitism accusations or is this just a smear campaign on Corbyn?

Jerry Hicks: It’s probably both, there’s anti-Semitism in society and it would be ludicrous to assume that it doesn’t exist in a part of over 500,000 people. I think it’s an attack on Corbyn full stop, there are people within the party, certainly beyond the party not least big business an probably even the state who didn’t want Corbyn to be there in the first place.

They were convinced he wouldn’t win the leadership, he did and ever since they have sought to undermine him and it’s only a few weeks ago, in this perpetual Corbyn attack, that they stated he was supposed to be a Czech spy, that story went nowhere and now we get this story about him being a puppet of Mr. Putin.

Then Owen Smith undermined Corbyn and he was forced to sack him. If that was Theresa May sacking Boris Johnson, who should have been sacked a million times already, the mainstream media would have described her as strong and stable. Corbyn sacks Smith and it’s the party that’s in trouble and not Smith; who’s the hero. The timing of this of course is just before major council elections, where if Labour did very well, it would make Corbyn’s position all the more stronger and the establishment doesn’t want this.

Sputnik: Is there a difference between Anti-Semitism and being anti-Israel?

Jerry Hicks: I believe there is. I am vehemently opposed to the government of Israel, not the Israeli people, but the Israeli state and its persecution of Palestinians, but at the moment there has been a lot of furore.

It’s hideous irony that the Daily Mail should accuse Corbyn of Anti-Semitism, when they themselves had a front page of hurrah for the black shirts.  All these things are not brought up in such times. To be pro-Palestinian and to highlight the plight of Gaza, makes you boxed into a corner and branded an anti-Semite, when the two are not the same.

The views and opinions expressed by Jerry Hicks are those of the speaker and do not necessarily reflect those of Sputnik.