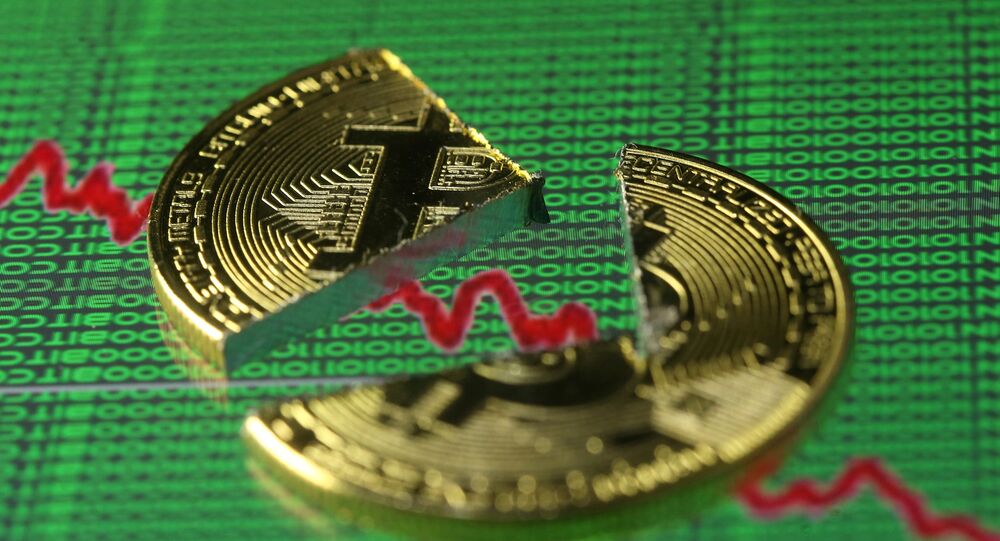 Cryptocurrencies have been in a drastic freefall over the last few weeks, propelling fear among those who have invested in virtual tokens. American economist Nouriel Roubini said that bitcoin was the “biggest bubble in human history” and this “mother of all bubbles” was finally collapsing.

In a week, Bitcoin has dramatically dropped below $6,000, prompting speculation that the bubble could burst in the short run. That’s a long way from the $20,000 mark the most popular virtual currency achieved at the end of December 2017. But can it fall lower and eventually “touch the bottom”? Sputnik discussed the matter with Russian financial analysts to find out what to expect.

“Bitcoin can drop to zero because it is based on nothing […]. The fundamental value of the cryptocurrency is less than nothing. Its real value is due solely to the demand of speculative investors and crypto enthusiasts,” Dmitry Golubkovsky, senior analyst at the Kalita-Finance group, told Sputnik France.

The views expressed by Golubkovsky were shared by another analyst Alexei Vyazovsky:

“The problem of the virtual currencies is that they are based on nothing, including bitcoin. Any asset in the world be it the currency, the State, obligations and actions of a company or a bank – these are someone’s obligations. As for cryptomania in its current form, bitcoin, Ethereum and other cryptocurrencies are no one’s obligation. Consequently, the main problem is that it can drop to zero as soon as speculation around virtual currencies vanishes.”

Vyazovsky also expressed skepticism over attempts to secure virtual currency, such as Israel’s bid to launch its own cryptocurrency backed by diamonds.

While Vyazovsky believes that cryptocurrencies will disappear or evolve into something else, Roman Tkatchuk, senior analyst at Alpari trading group assumes that there will be more virtual currencies to follow bitcoin’s suit, however, the latter doesn’t have much potential to grow unlike its “rivals.”

“Bitcoin can multiply its price by ten at best, while other currencies’ value will increase by 100 or even more.”

The analyst counts Ethereum, Ripple, Dash and Monero among bitcoin’s major contenders, adding that in nearly a month the world will witness the emergence of another virtual currency, dubbed Gram, designed by Telegram Messenger founder Pavel Durov.