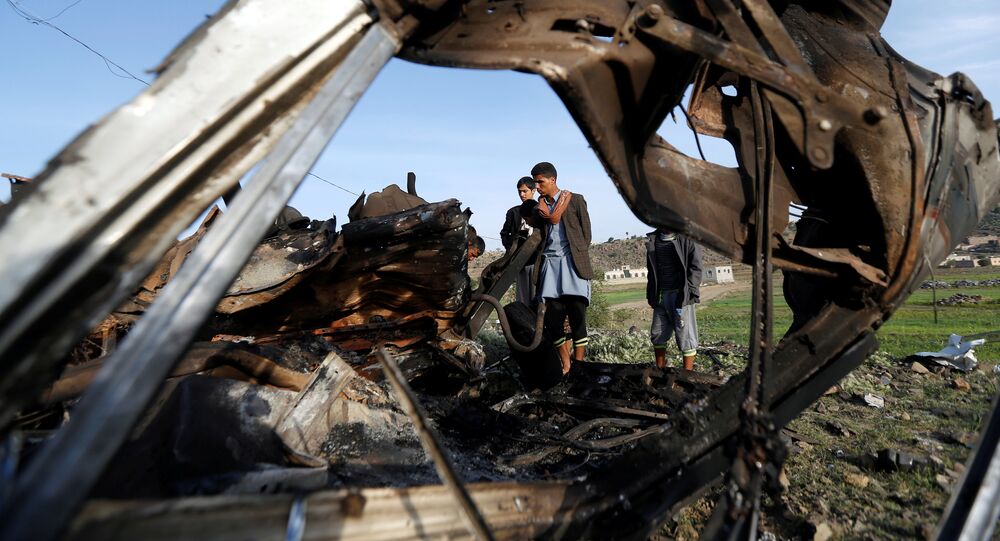 On Thursday, US ambassador to the United Nations Nikki Haley announced that the Trump administration had proof that Iran violated UN resolutions by exporting military-grade weapons to Houthi rebels in Yemen.

"The weapons might as well have ‘Made in Iran' stickers on them," Haley said at a press conference at Joint Base Anacostia-Bolling. "Its ballistic missiles and advanced weapons are turning up in war zones across the region."

The missile at the heart of the announcement was one fired in November, allegedly by Houthi rebels in Yemen, toward Riyadh airport. Saudi Arabia has been at war with the Houthis in Yemen since 2015.

According to Haley, Iran was the supplier of the missile; Not everyone, however, is onboard.

"The US is selling weapons to Saudi Arabia that it [in turn] uses everyday to bomb civilians and kill so many people [in Yemen]," Benjamin said. "And then she has the gall to take this this one fragment of the missile and talk as if this is something totally out of the blue? Of course the Yemenis are going to be trying to get back at the Saudis."

"It's absolutely absurd that she's taking this one incident and trying to act like this is an act of war… there has been a war going on since March 2015 with Saudi Arabia being the active participant in the intervention of a country it has no business in," Benjamin added.

Rather than standing next to a missile, fellow guest Kathy Kelly, co-coordinator of Voices for Creative Non-Violence, suggested Haley should instead "go and stand in front of one of the four [combat littoral ships] that the US sold to the Saudis that's blockading the ports and preventing desperately needed food and medicine from getting into [Yemen]."

"People in Yemen are a step away from starvation… a population of 8 million people could starve to death if the humanitarian supplies don't come in," she added.

As health officials struggle to help thousands of affected Yemenis stricken by the diseases that so often accompany conflict, among them a massive growing cholera epidemic and widespread diphtheria, Benjamin says the move by Haley, and by extension the Trump administration, is simply a distraction.

"It is an incredible distraction," says Benjamin. "To try to turn this around with one missile attack that did not hit anybody, didn't hurt anybody, and to pretend that this is now a new phase in this war, is a total distraction."

For Benjamin and Kelly, the world is likely to see the starvation of millions of Yemenis as the Trump administration tries to create anti-Iran sentiment among Tehran's neighbors and within the US. The US' ultimate goal, adds Benjamin, is regime change in Iran, though she thinks that's likely not an option.

US Senate Confirms Nikki Haley as US Ambassador to United Nations