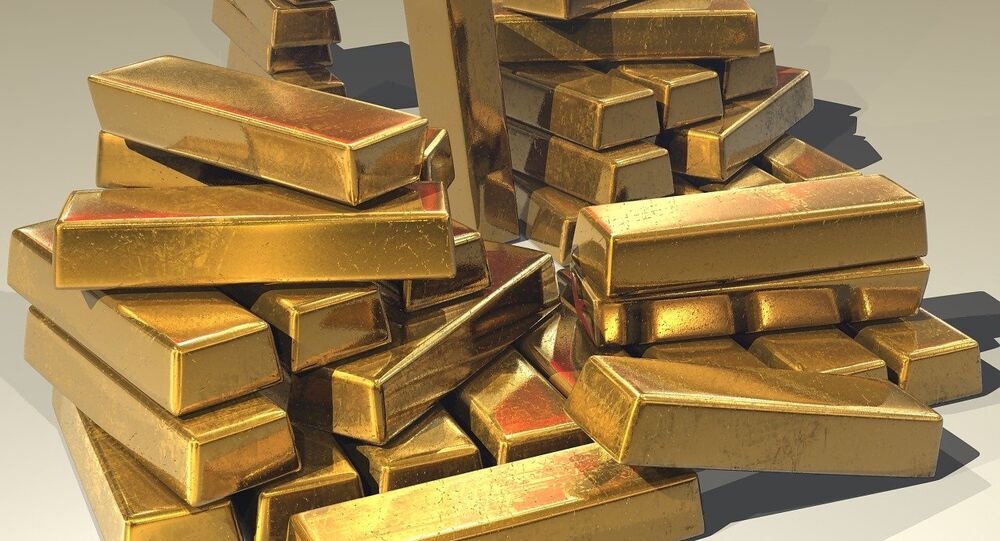 First deputy chairman of Russia’s Central Bank – Sergey Shvetsov has recently announced that BRICS countries are mulling the creation of a unified gold trading system. And as David Gibson, Managing Director at GoldVu Investment Company, told Radio Sputnik, this new system may allow BRICS to become more independent of the US trade influence.

Radio Sputnik: How realistic are the plans to create a unifying system for gold trade within the BRICS region?

David Gibson: I think it’s very realistic. I mean, even there were no detailed plans announced, there’s no reason why it can’t be done, as gold has been used historically as an instrument of trade for centuries. So it’s just a case of waiting to hear the details, but it’s very achievable.

Radio Sputnik: And how will this new unifying system work? Will this system be dependent on other trade hubs?

© Sputnik /
The Age of Economic Alliances Between Russia, China and India
David Gibson: I think it’s very likely that the system will run in parallel with the other trade hubs, but it’s also likely to be launched and restricted at the start to specific commodities. For example, it has been reported that both Russia and China have been preparing to launch oil futures markets in St. Petersburg and Shanghai, with oil being priced in rubles and yuan, it’s a suggestion that such future transactions being linked to gold. And that would work would be if currency exports oil to China, to the largest oil refinery in the world, and accepts yuan in exchange. And it may be possible for the country to sort the yuan-oil sales into gold.

Radio Sputnik: And how will this initiative affect all the other global financial markets, namely American and European ones; and what about the world economy, is it going to affect that? What’s your assessment of that?

David Gibson: It’s going to affect (them) in a couple of ways. First, it’s going to reduce the US Dollar dominance in world trade; second, it will increase the price of gold on the world markets in general; third point, it’ll probably make the BRICS more independent of the US influence in regards of trade. However, nothing dramatic will happen to the market as a whole. Such an initiative will signal an important fundamental change and it benefits BRICS in general, for sure, in the long run; and it also puts pressure on the West to follow suit or lose out economically.