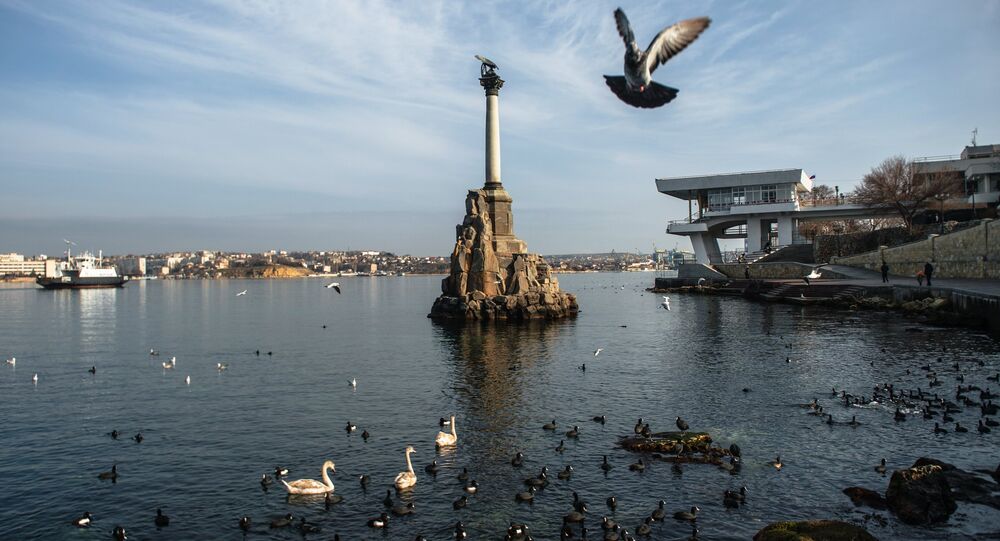 The two-day international forum kicked off in the Crimean city of Yalta on Monday. Its stated aim is to establish partnership relations, develop multilateral cultural ties, and address humanitarian issues and education.

YALTA (Sputnik) — A member of the Bulgarian nationalist Attack party, Hristov Marinov, suggested that the “Friends of the Crimea” forum serves as a platform to provide Crimea's Russians the possibility to travel to the countries of the European Union.

"I'm considering that Bulgarian, Greek, French and Czech representatives are able to address our foreign affairs ministries so that Crimeans have the right to visit our countries," Marinov stated.

© Sputnik / Sergey Malgavko
'Friends of Crimea' Forum to Kick Off in Russia's Yalta
Meanwhile, the Tunisian delegation's representative also offered his assessment of the anti-Russian sanctions and sanctions against the Crimean citizens.

"We are against sanctions [imposed on Crimea] by the United States. We consider it to a be just a reason for the confrontation with Moscow," Abdelaziz Messaoudi, a member of the political committee of the Tunisian center-left Ettajdid Movement said at the International Friends of Crimea Forum in Yalta.

Moreover, Messaoudi supported the result of the Crimean referendum and accepted its legitimacy.

"The progressive, democratic society of Tunisia, firmly supports the rejoining of Crimea and Russia," he said.

The Friends of Crimea forum is being held for the first time as part of the annual conference titled "Crimea in the international context." It has gathered around 90 participants from nearly 30 countries. It is expected that an international platform called "Friends of Crimea" will be established during the forum.

The EU member states have rejected visas to Crimean residents with Russian citizenship since the peninsula's reunification with Russia in 2014. In order to receive a Schengen visa, Crimeans have to apply to the consular offices, located within Ukraine, using a Ukrainian passport.

Crimea reunited with Russia in 2014, when 97 percent of the peninsula's residents voted in favor of the move in a referendum. Despite this, the reunification was neither recognized by Kiev nor by the majority of Western countries, including the EU member states, which subsequently imposed economic and political sanctions on Moscow. Russia has repeatedly said that the referendum was conducted by Crimea in compliance with international law.