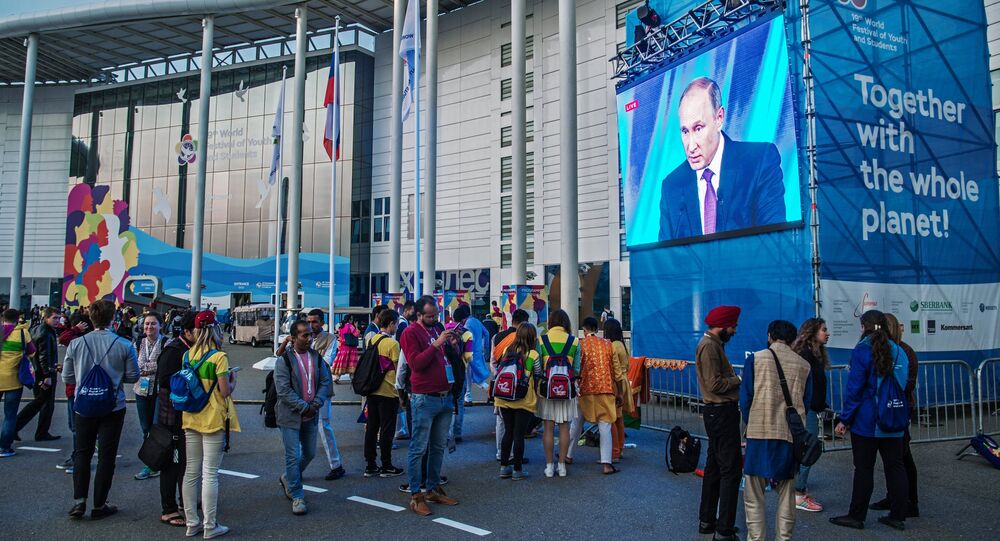 Speaking at the annual Valdai Discussion Club in Sochi, Russian President Vladimir Putin specifically underscored the need to team up to solve the world's most pressing issues. In an interview with Sputnik, journalist and Valdai Club member Giulietto Chiesa, touted Putin's speech as "exceptionally important."

Giulietto Chiesa said that the Russian President's remarks made at the Valdai Discussion Club session showed Putin's concern about the issues related to nuclear disarmament.

Chiesa recalled that Putin specifically "referred to the situation on the Korean Peninsula" during his speech, which Chiesa said is an important sign that Russia is keeping a watchful eye on the situation.

So "Russia is voicing alarm over any possible development of the [international] crisis" pertaining to nuclear security, according to Chiesa.

On Putin's remarks at the Valdai Discussion Club related to the crisis in Catalonia, Chiesa said that "it was the first time that Russia had clearly expressed its stance on the issue."

© Sputnik / Grigoriy Sisoev
What the Future Has in Store for World: Putin's Valdai Club Speech Highlights
He also hailed the Russian President for underscoring the role of the United Nations, as an organization tasked with maintaining international stability and order.

In this vein, maintaining global security was the bottom line of Putin's speech at the Valdai event.

Admitting that right now, "there is less security in the world", he regretted the fact that "instead of progress and democracy, we see radical elements, extremist groups that deny civilization itself, seek to plunge it into archaism and into chaos, into barbarism."