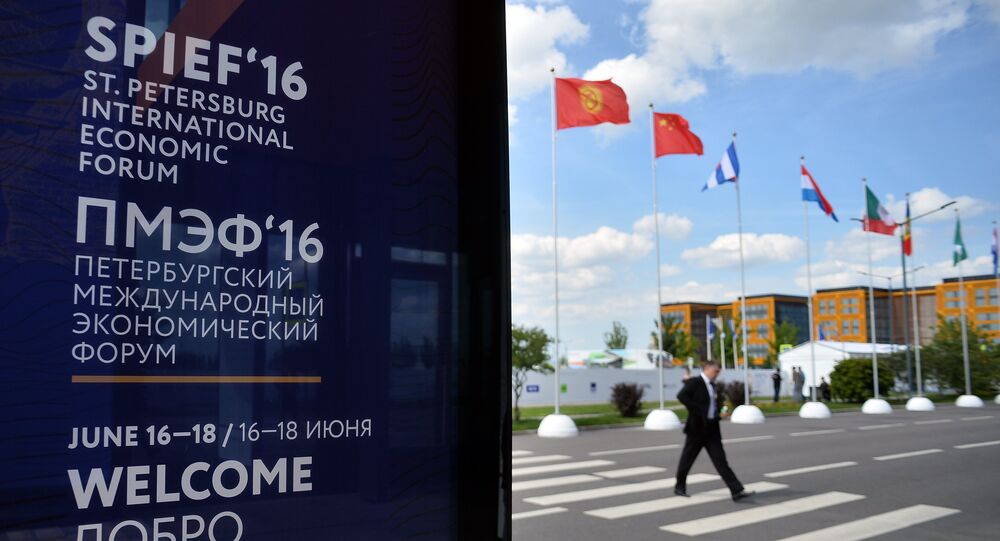 Trade Associations at Heart of Business Growth in Asia-Pacific

Trade associations in Asia-Pacific are the engine of business links and create an environment that fosters trade and investment, the head of the UN subregional office for North and Central Asia told Sputnik on Saturday.

ST. PETERSBURG (Sputnik), Daria Chernyshova — In addition to the TPP, there were also the proposed Regional Comprehensive Economic Partnership (RCEP) and Free Trade Area of the Asia-Pacific (FTAAP), as well as the Eurasian Economic Union (EEU).

"In Asia-Pacific, there is a clear indication that the growth center is moving east. This is because of very dynamic business relations, so I think the trade associations are facilitating the business links, and they are providing the policy environment that will enable business to trade, to invest and to deepen their relationship in an easier, faster, and a more efficient way. So the job of the associations and regional trade agreements is to create the enabling environment for the business sector, which is the engine of economic growth," Tiziana Bonapace, of the UN Economic and Social Commission for Asia and the Pacific (ESCAP), said.

© Flickr / Backbone Campaign
Will TPP Give Corporations the Upper Hand Over Nations?
She noted, speaking on the sidelines of the SPIEF international forum, that the Trans-Pacific Partnership (TPP) free trade accord was part of the trend, part of the new architecture in trade agreements as the world was moving to the third generation of trade deals.