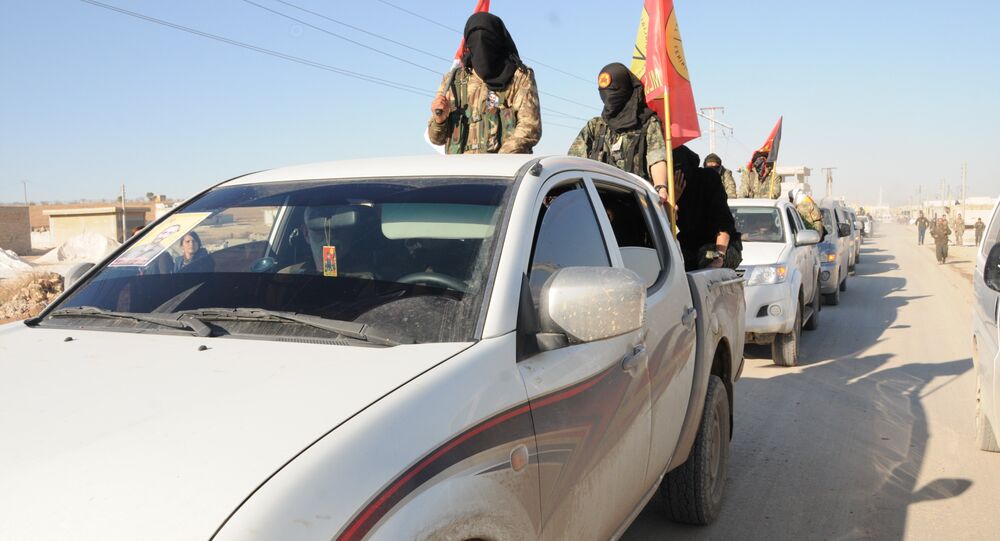 Russia is following the correct strategy in destroying oil production facilities near the Daesh stronghold of Raqqa as the Syrian army moves in on the city, US experts told Sputnik.

WASHINGTON (Sputnik) – Russian-backed Syrian forces are driving on Raqqa, the Syrian capital of the Daesh, while US-supported rebel forces, including Syrian Kurds, are attacking too.

"It seems that it would be relatively easy to destroy Raqqa's oil facilities over time from the air," US author and veteran Middle East analyst Joe Lauria said on Thursday.

"Kurdish-led Syrian Democratic Forces are about 60 kilometers [36 miles] from the city. The Syrian Arab Army is also moving on the so-called capital. Destroying their facilities would prevent them from falling into the hands of US-led forces which are also headed to Raqqa," Lauria pointed out.

"Daesh began nearly three years ago with seed money from the Gulf and Turkey and then became largely self-financing from robbing banks, taking over industries, smuggling antiquities and especially oil, which represents a major part of its income."

Daesh still earned almost a quarter of a billion dollars a year from that trade, Lauria noted.

"Estimates vary but Daesh is earning about $1.5 million a day, or $40 million a month from smuggled oil exports. So, completely destroying those facilities, and not trying to capture them so they could later fall into other unsavory hands, will go a long way to crushing this hideous extremist movement."

Destroying the Raqqa oil industry complex also made tactical sense in the struggle to liberate the city, Lauria observed.

"It would also avoid a bloody battle for control of the facilities and free up Syrian army and allied ground forces to battle Daesh elsewhere rather than try to hold down the facilities," he said.

"Depriving the revenue with the least long-run damage seems to be a worthy goal [though] perhaps it will not be easy because the Turks are willing to buy the products."

Turkey might suffer from the destruction of the Raqqa facilities as the Turks have been buying Daesh-produced oil at favorable rates, Friedman noted.

"The ecological effect of setting the wells ablaze would hurt the Turks… Some of the petroleum is headed there and the loss could send the Turks looking to Russia for other supply."

However, after Raqqa was liberated, the oil pipeline from Iraq through Syria could be rebuilt and a later Syrian government might be less interested in wells than in refineries, Friedman concluded.