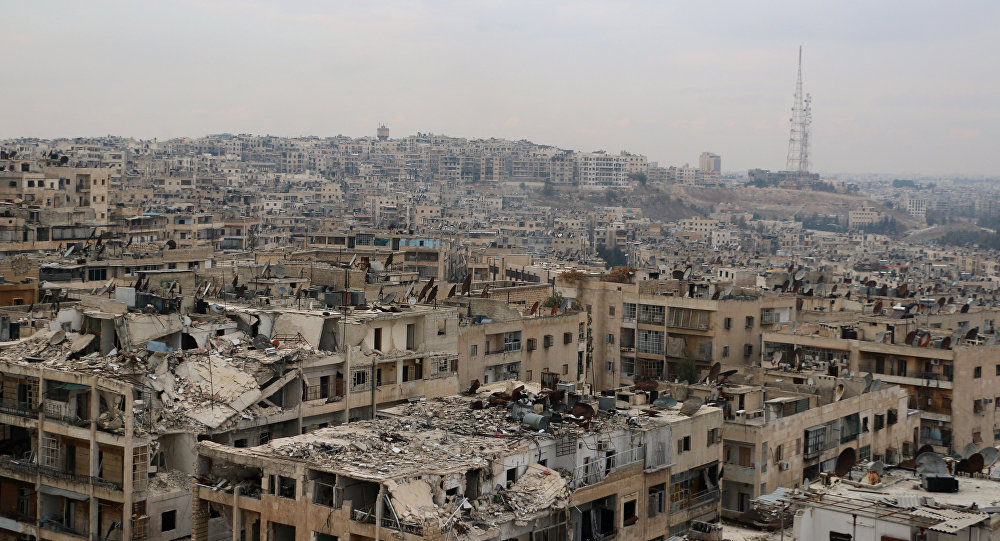 The ceasefire in Syria under the agreement announced by the United Stated and Russia will be difficult to implement in practice, experts told Sputnik.

© Sputnik / Dmitriy Vinogradov
Out to Win: Why Syria Ceasefire Deal is a Huge Victory for Russia
MOSCOW (Sputnik) — The truce between some of the armed groups fighting in Syria, including the National Coalition of Syrian Revolution and Opposition Forces and the Saudi-backed High Negotiations Committee, was brokered by the United States and Russia as co-chairs of the International Syria Support Group (ISSG) on Monday. The ceasefire will go into effect at midnight on February 27.

The ceasefire pact does not apply to the two radical Islamist groups, Islamic State (ISIL) and the Nusra Front, which are banned in many countries including Russia.

"I doubt very much whether this ceasefire can be effective since these two groups are very significant and they are actually the stronger element within the camp of the rebels," Tel Aviv University expert on Syria Eyal Zisser told Sputnik.

According to Zisser, the agreement does not specify details on how to guarantee ceasefire even in the areas that are under control of smaller rebel groups.

"I am afraid it is impossible to implement the ceasefire in most parts of Syria," he concluded, adding that only less than 25 percent of the country was under the control of the Syrian government forces.

"If you take Jabhat al-Nusra, Daesh [Arabic name for ISIL] and Ahrar al-Sham out of the picture, I don't see the remaining opposition as a viable partner to Assad in recapturing land from these other groups," Ross Harrison, Georgetown University professor and scholar at the Middle East Institute in Washington, DC.

Harrison said many rebel groups would be reluctant to join forces with Syrian President Bashar Assad. "Right now that would likely have the effect of driving supporters of the opposition into the arms of Daesh," he said.

© AFP 2019 / Fabrice Coffrini
Saudi-Backed Syrian Opposition Comments on Ceasefire Deal
Speaking about further steps needed for peace in Syria, Harrison suggested that Russia and the United States should work with Iran and Saudi Arabia to make them put their differences aside and cooperate on Syria. "But that is unlikely given how the military initiative has tilted towards Russia and Iran and away from Saudi Arabia, Turkey and the United States," he added.

Syria has been in a state of civil war since 2011, with government forces fighting a range of armed opposition groups, as well as extremist organizations including the Nusra Front and Daesh

Syrian Ceasefire May Give Impetus to Political Process – Opposition Member