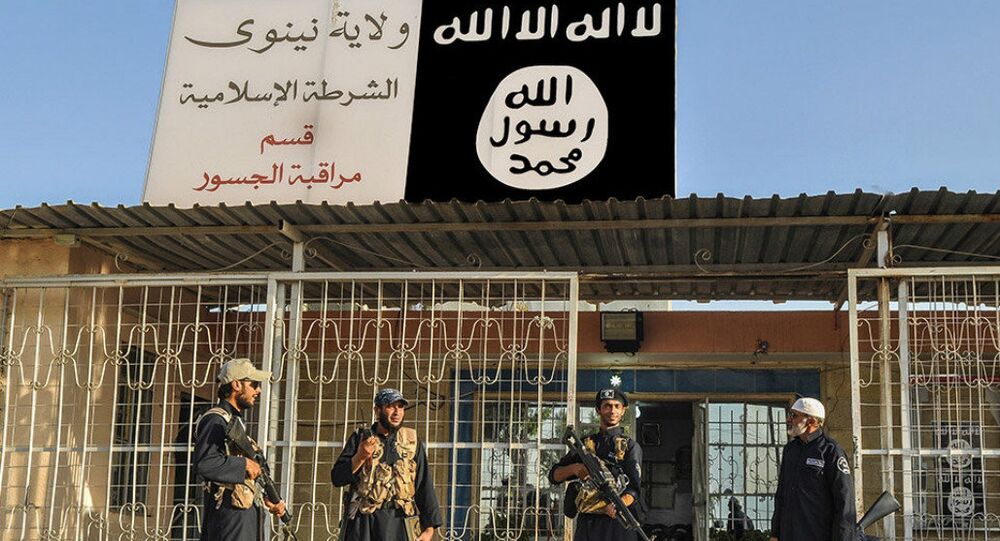 The United States has consistently been indulgent to Turkey in its support for the Islamic State and its reluctance to impose international economic sanctions against the jihadist group, US experts told Sputnik.

WASHINGTON (Sputnik) — In the wake of downing of the Russian Su-24 bomber jet by Turkish Air Force president Putin claimed that Ankara appears to be an accomplice of terrorists, as it is purchasing oil in regions of Syria captured by extremists, and he is on solid ground in saying so, the German newspaper Bild reported.

"It is currently opposed to the Syrian government and has supported the Islamic State against it for two reasons: first, they oppose Kurdish nationalist aspirations. Second, they are more anti-Assad and less anti-Islamic State," Naiman argued.

US-Turkish relations had seen significant conflict because of Ankara’s continued reluctance to crack down on the Islamic State and prevent the organization from defying international sanctions by exporting hundreds of millions of dollars’ worth of oil through their territory every year, he explained.

"Maybe the United States has an eye not as open as it should be. Clearly, the United States and Turkey have had a lot of conflict on this policy back to the Islamic State’s siege of Kulani as the Turks sat watching," Naiman added.

The Obama administration, Naiman continued, has contented itself with not as much movement against the Islamic State as it would like from its Turkish and Saudi allies.

"Many people would say the United States should be more assertive than it has been," Naiman concluded.

Middle East historian Helena Cobban, an expert on Syria and publisher of Just World Books, told Sputnik the pattern of collusion between the Islamic State and Turkey went back years.

Since August 2011, or even earlier, Turkey's government has been committed to the overthrow of the Syrian government and has been in alliance with all the forces working for that end, but especially the avowedly Islamist forces with which it shares an ideological affinity, she argued.

Turkey's policies regarding Syria are motivated by its opposition to Syrian President Bashar Assad and its affinity for the Islamist agenda pursued by the Islamic State and most other strands of the Syrian opposition movement as well as by Ankara’s opposition to any form of Kurdish self-assertion, Cobban observed.

"There have even been some fairly widely reported cases in which Turkey's military intelligence has worked proactively with the Islamic State to send some advanced forms of weaponry into the Islamic State area, even when other parts of the Turkish state apparatus have tried to stop such support," she added.

The Islamic State and the al-Nusra Front both remain "very, very deeply dependent" on their supply lines across the Turkish border, she concluded.