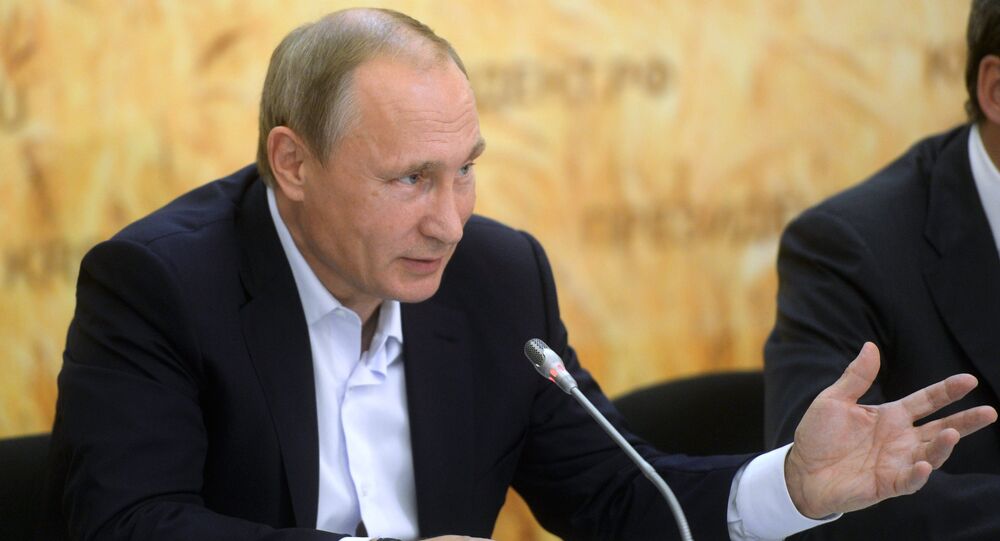 US experts said that the ISIL can only be defeated in Syria and Iraq by a broad, UN-approved coalition, including major Muslim states, as Russian President Vladimir Putin advocated in the UN General Assembly.

© Sputnik
Obama Should Join Putin in Unified Effort in Syria – Former US Senator
WASHINGTON (Sputnik) — The ISIL can only be defeated in Syria and Iraq by a broad, UN-approved coalition, including major Muslim states, as Russian President Vladimir Putin advocated in the UN General Assembly, US experts told Sputnik.

"[Putin] is quite correct that a broad anti-Islamic State coalition is needed and that it must include Muslim countries to have legitimacy under UN auspices," Just World Books publisher and veteran Middle East correspondent Helena Cobban told Sputnik on Monday.

Russian officials have been more successful in understanding the Middle East because they think more in terms of diplomacy and geopolitics rather than just military force such as in Syria and Iraq, Cobban stated.

"In good part, this is because the Russians understand these are essentially geopolitical challenges rather than purely military challenges," she explained.

US policymakers in the George W. Bush and Obama administrations, Cobban noted, had become too prone to turn to the military option as their first choice.

"[S]adly Washington has become far too accustomed over the past 14 years to seeing every crisis as amenable to solely military action," Cobban stated. "I guess, if the only tool you have is a hammer, then everything you look at will seem to be a nail."

Cobban also stated that it has seemed far too easy for many in the United States to think that "Assad must go" constitutes a policy.

"For the vast majority of US policymakers and pundits, calling for regime change has seemed like an easy and uncontroversial position to take," she argued. They seldom stopped to ask… what would be the nature of the movement that would overthrow him?"

The US-backed Syrian opposition remains badly organized, badly-led and "pathetically reliant on outside aid," she concluded.

"As many people know, the old Soviet Union had a long-time relationship with Syria," Srebrnik said. "In addition, Russia’s only Mediterranean naval base for its Black Sea fleet is located in the Syrian port of Tartus. So the fact that President Putin is helping Syria in fighting ISIS [Islamic State] should come as no surprise."

Moreover, Srebrnik pointed out, Iran and Iraq were needed in the fight against the Islamic State as well.

"They are actually combating the Islamic State on the ground and not just from the air, as the United States and its allies are doing," he said.

Washington is no doubt unhappy, Srebrnik added, but given their lack of success so far, it is hard for US officials and policymakers to complain about this development.

Syria Will Be Grand Diplomatic Step for Vladimir Putin