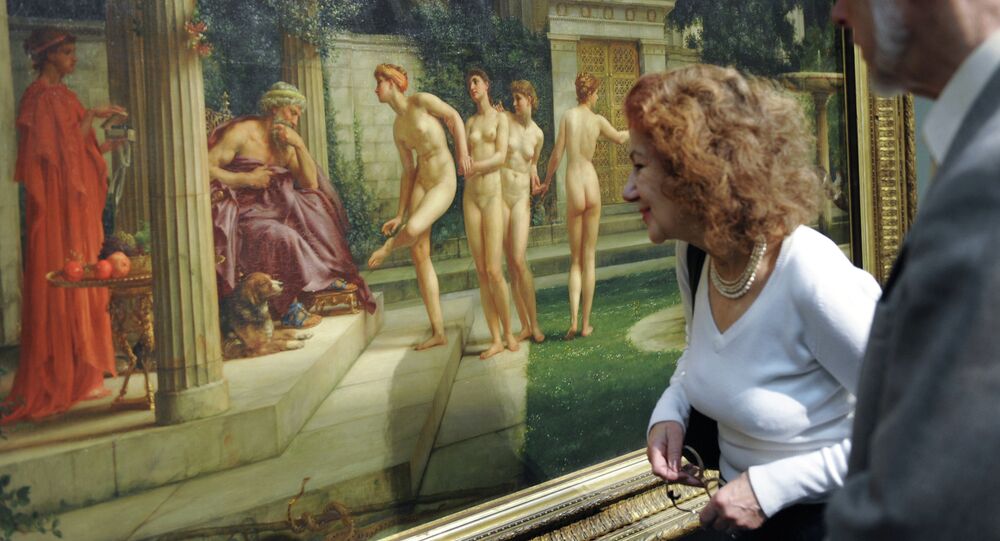 There is a widely held belief that the first outbreak dates back to 1976, in the Democratic Republic of Congo with the virus reemerging in West Africa in 2014. However, Powel Kazanjian, a professor of history and infectious diseases from the University of Michigan, suggests that the origin of the Ebola virus lies in Ancient Greece. His paper was published June 1 in the journal Clinical Infectious Diseases. Kazanjian believes he has traced the virus back to infected mice and rats some 20 million years ago. The virus may have become available for humans from the animal reservoir long before scientists found it in 1976.

The devastating Plague of Athens in 430 BC, which has been a bone of contention between historians and physicians, may have actually been caused by the Ebola virus, claims the professor. The illness was also known as Thucydides syndrome, after the name of the famous historian who survived such an infection. His description of the symptoms allows scientists to speculate about the roots of today's outbreaks. The first manifestation of the illness often led to death after a fever, headache, fatigue and stomachache. The professor added that some people experienced such a severe dehydration that they plunged themselves into wells trying to quench their unceasing thirst. No medication could help those who contracted the virus.

It's also known that the disease came from Egypt, more specifically from Ethiopia, the name ancient Greeks used to refer to the modern sub-Saharan region, where the Ebola epidemic of 2014 originated.

Kazanjian claims that the symptoms, mortality rate and geographic origin match the current pattern. Even the category of victims is the same:  physicians from Athens were among the first who suffered from the disease, just like modern doctors who first got Ebola, with the World Health Organization recording 500 doctors falling victim to the virus.

After all the time that has passed since the events in Athens, it is difficult to entirely prove the origin of the virus. Typhus, smallpox, measles, anthrax, the bubonic plague and toxic shock syndrome have all been suggested as the cause of Thucydides syndrome. Despite the resemblance of the recent outbreak to the Athenian disease, professor Kazanjian insists that the actual cause of the Ebola virus remains a mystery, although highlighting how the spread of the virus nowadays is accompanied by widespread fear and panic.