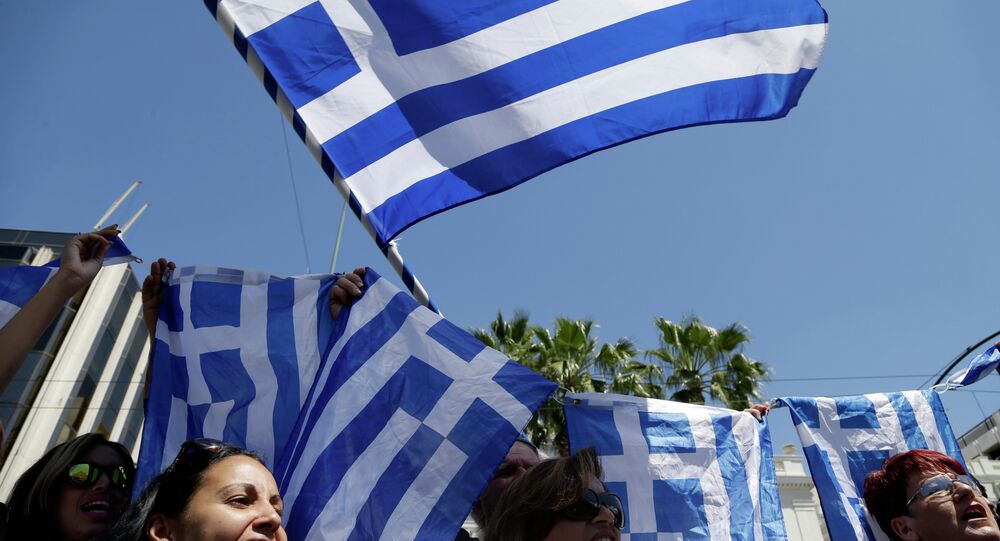 An Argentinian political analyst claims that there is no pan-European movement opposing austerity measures in EU countries, despite the good performance of Eurosceptic parties at elections in Greece and Spain.

MOSCOW (Sputnik), Anna Liatsou — There is no pan-European movement opposing austerity measures in EU countries, despite the good performance of Eurosceptic parties at elections in Greece and Spain, an Argentinian political analyst told Sputnik on Wednesday.

© AP Photo / Manu Fernandez
Bursting at the Seams: Eurosceptic Forces Rip European Union Apart
In late May, the anti-austerity Podemos party and the center-left Ciudadanos put in strong performances in the local and regional elections in Spain, held in late May, stripping the current ruling People’s Party of its majority in local governments. In early 2015, the leftist Syriza party won the Greek general election.

"I think there is no pan-European movement, I think the situation in Greece and Spain is very particular and those movements have to do with some specific issues in each of these countries," Pedro Brieger said.

Brieger, however, underlined the difference between the young leftist movements in Spain and more established one in Greece.

"In Spain we have a new generation of leaders who have nothing to do with the old Trade Union Movement, the old Communist party. It's very difficult to say if there will be new movements in other counties," Brieger told Sputnik.

He went on to say that if a broad coalition of leftist parties won the elections in Spain it would have a profound impact on Western Europe, much greater than Syriza's victory in Greece.

Podemos’ performance in the Spanish local elections challenged the established two-party system of the People’s Party and Socialist Workers' Party (PSOE) and sparked speculation that the country might follow the same route as Greece and elect an anti-austerity party in its parliamentary elections in November.

Italy's Eurosceptics Get 100,000 Signatures for Referendum to Exit Eurozone