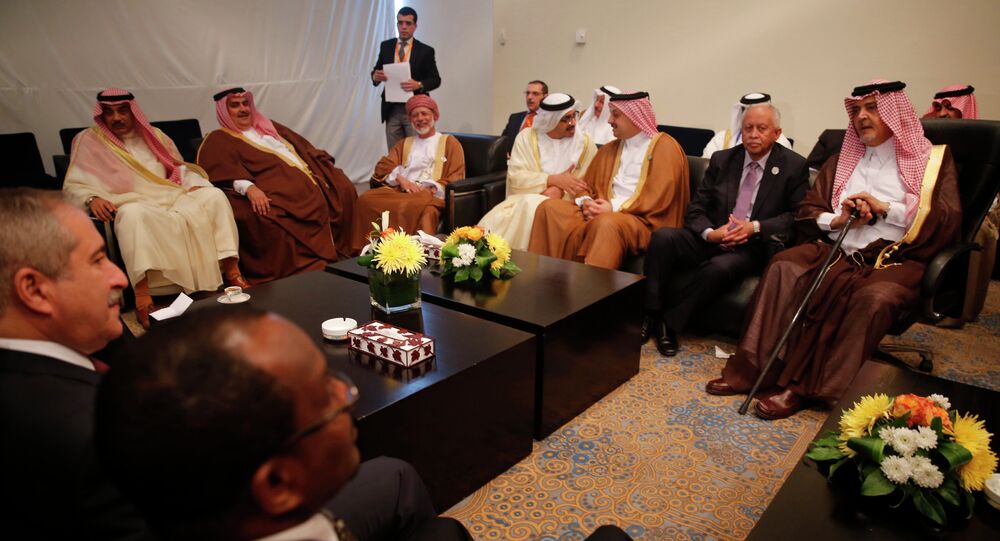 "This is a right decision, because security threats in the region today are higher than the capabilities of security forces of one or another state," Egyptian military expert Khaled Okasha said.

"Terrorism is becoming large-scale in terms of strength, tactics and the terrorists' equipment," Okasha highlighted, adding that the joint military force could help Libya battle extremism, following a similar example in Yemen, where a Saudi-led coalition is carrying out airstrikes against Houthi rebel positions.

Egyptian Foreign Minister Mohamed Orabi said that the Arab joint force could not be used in Syria, because Arab countries have different stances on the situation in the country.

"With regard to Syria, Arab countries have serious disagreements, apart from that, some major international powers are involved in 'this file'," Orabi said.

He stressed that a political solution is the only way to solve the Syrian crisis.

Orabi added, however, that the establishment of a joint Arab force is a positive development, which may usher in "a new era of all-Arab cooperation."

© REUTERS / Egyptian Presidency
Arab League Summit Agrees on Unified Military Force
Israeli expert on the Middle East, Yakov Amidor, argued that the new force has been established to protect the Arab states from the Iranian threat.

"They are established to protect Arab states from Iranians. They have many reasons to take the Iranian threat very seriously… Iran absorbs Iraq. This would be a very dangerous situation for the Middle East, a radical change in the power balance," Amidor told Sputnik.

While the establishment of the joint Arab force is seen by many as a positive development, member of Turkish Grand National Assembly Atilla Kaya argued that a joint Arab joint force was established in accordance with US and Saudi Arabian national interests, and its real purpose is controversial.

"The Arab military alliance is supported by the US dollar and is a picture of the hypocrisy of the ruling regimes in the Arab countries. They do not want to solve major problems: infringement of Palestinian rights, and the battle against terrorism in the Sinai Peninsula, in Syria and Iraq," Meshani said.

The Arab League's 22 member nations have agreed that a voluntary security force will be called upon if any of the countries faces a major security challenge.