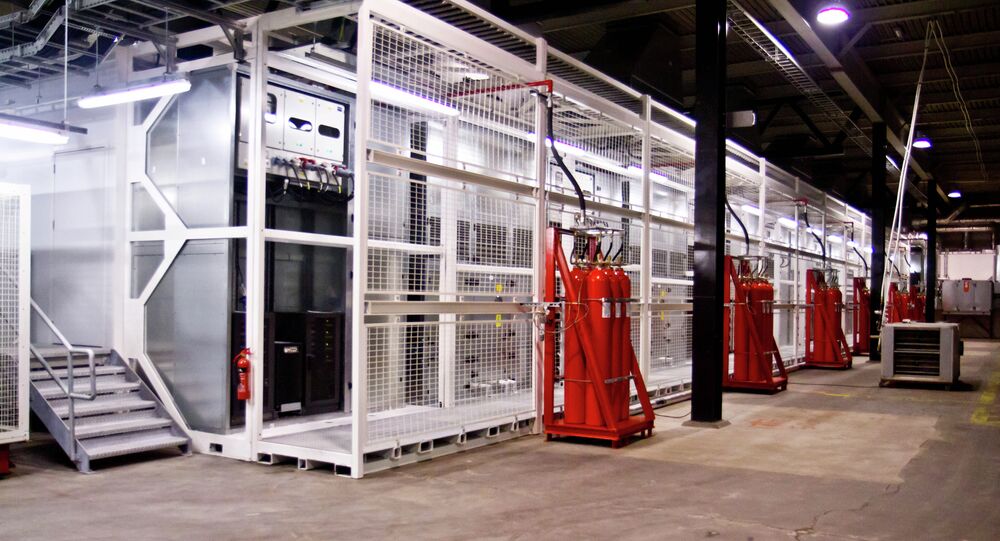 Iceland is striving to become the world’s new data privacy haven; the Executive Director of the International Modern Media Institute (IMMI) Gudjon Idir told Sputnik that it all started with WikiLeaks.

MOSCOW, December 30 (Sputnik) — The International Modern Media Institute (IMMI) is an international institution developing havens for freedom of information, speech, and expression. It is in the process of creating a supportive and attractive jurisdiction for publishing investigative journalism[1] and other online media under threat.

In January 2011 the institute came up with Icelandic Modern Media Initiative, which is aimed at turning the country into a “Switzerland for information.”
IMMI’s Executive Director Gudjon Idir explained to Sputnk that the whole thing began with WikiLeaks.

“The idea came about in 2010, when a few people who subsequently founded this Institute were working with Julian [Assange] and others from WikiLeaks to create or assemble the video Collateral Murder,” he said. “It is a video where you see US military personnel in helicopters gunning down civilians and two Reuters reporters in the outskirts of Baghdad. And this video was part of the warlocks that WikiLeaks published.”

When WikiLeaks were here in 2010, he said, The Atlantic Media also tried to publish news about certain irregularities with the banks. And one of the banks got an injunction from the court, so the court effectively banned the broadcaster from reporting a particular story, Gudjon Idir explained.

So, a national broadcaster was banned from giving the news out in one of their evening news slots, and they had to refer people to the WikiLeaks website instead.

© Flickr / Torkild Retvedt
Iceland: A New Safe Haven for Data Privacy?
“I think through this kind of environment people were looking at different ideas and in 2010 there was a parliamentary resolution in Iceland put forward,” he said. “It stated that Iceland should become a safe haven of information and expression. This resolution was unanimously adopted in parliament, so there was no opposition in parliament. And the idea behind that is to make a phenomenon like WikiLeaks unnecessary, in effect to fully legalize an operation like WikiLeaks or other similar platforms. The resolution details how to implement a legislative package which is both, protects freedom of speech and expression, but also freedom of information. People behind the resolution are also the people who subsequently founded this institute in 2011, and what they did was to cherry-pick the best laws around the world, then to make new laws, and the vision was that any sort of news organization, any sort of blogger, any sort of hosting company could be positioned in Iceland and enjoy the best legal protection in the world.”

This process is far from finished, he said. They are still working toward this goal and in the meantime, other things that have come up – data protection and privacy.

“What we have seen in 2013 leaks with the Snowden files. Our mandate as an institute is to conduct the required research in order to present bills to parliament and to keep working toward that vision where we actually do have the best protection law.

But, he added, the Icelandic government is not doing enough to transform the country into an information and expression safe haven, as the institute is not connected to the state and does not get any state funding.

“The problem is that the committee has not been the given the appropriate funding or the appropriate volume of personnel to be able to comply with the task,” he said. “So it is even more important that the IMMI is able to do the work required, because if can’t do the work and the steering committee is understaffed and underfunded, then this whole vision will be buried in the lack of political will.”