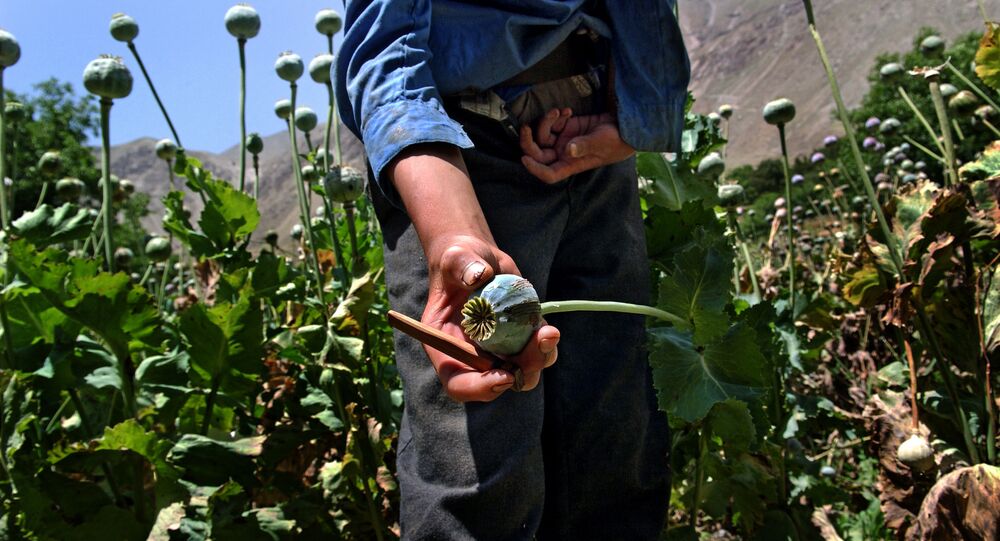 National security lawyer said that the US-led NATO mission in Afghanistan has failed to stem the proliferation of drug production and trafficking after over 13 years of conflict.

WASHINGTON, December 30 (Sputnik) – The US-led NATO mission in Afghanistan has failed to stem the proliferation of drug production and trafficking after over 13 years of conflict, national security lawyer Bradley Moss told Sputnik.

"Unfortunately, despite expensive and extensive efforts to cripple the opium trade, it has proven far too lucrative and politically-corrupting," Moss said on Monday.

On December 28, NATO officially ended its International Security Assistance Force (ISAF) mission in Afghanistan, launched back in 2001. On January 1, NATO is set to launch the Resolute Support mission in the country. The alliance has pledged to no longer engage in combat operations, but to provide training and other assistance to the Afghan forces.

Moss stressed that the Afghan economy remains weak and corrupted despite a substantial international investment.

"The Afghan economy remains far from stable or diversified, riddled with political corruption, a lack of logistical infrastructure and local educated labor pool, and instability caused by the resurgent Taliban militants," he said.

The lawyer added that if Afghanistan is to survive, it will require steady and competent leadership for generations to come to guide it.

"At the moment, there is little reason for much optimism on that front," Moss concluded.

© Flickr / The U.S. Army
After 13 Years US Military Campaign in Afghanistan Proves to Be Inefficient

According to NATO Secretary General Jens Stoltenberg, the ISAF mission has been a success, as the alliance helped Afghanistan build strong security forces from scratch and NATO member nations have become safer as international terrorists have been denied a safe haven.

The United Nations estimated that in 2014 Afghanistan produced 6,400 tons of opium, which is 900 tons more than the 2013 total production.