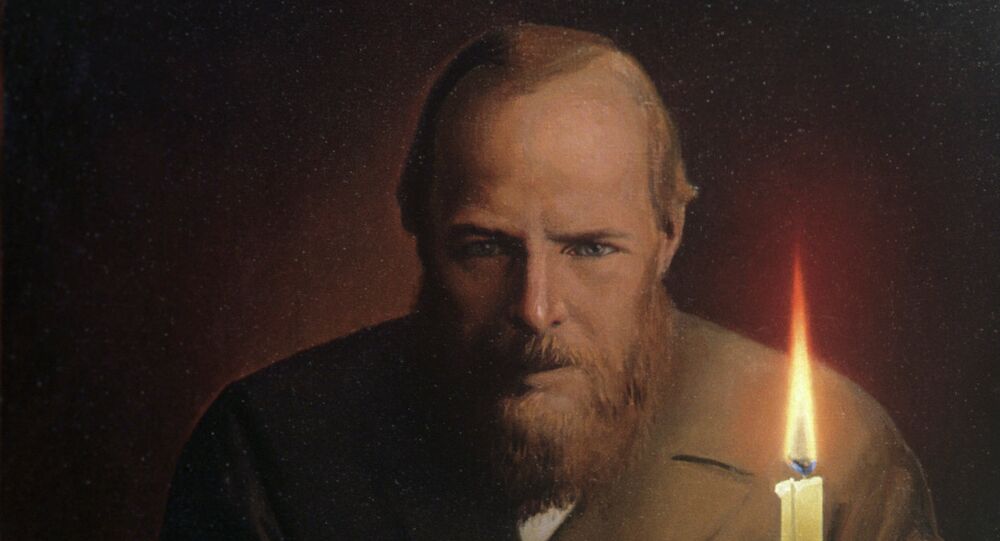 Dr. Deborah Martinsen, International Dostoevsky Society President claims that the writings of Russian writer Fyodor Dostoevsky are popular in Western countries, because they tackle philosophical questions in a deeply psychological and ethical way.

"Dostoevsky's writings are popular in Western countries and particularly in the United States because he tackles philosophical questions about what it means to be human in a deeply psychological and ethical way," Dr. Martinsen who is also an Associate Dean of Alumni Education at Columbia University said.

She added, that Dostoevsky continues to appeal to contemporary readers in the English-language world, as the number of new translations of his novels continues to grow and his prominent writings "Notes from Underground" and "Crime and Punishment" are frequently taught in American high schools and colleges.

November 11 marks the anniversary of the birth of the renowned Russian writer. Fyodor Dostoevsky was born in Moscow on November 11, 1821, into the family of a doctor.

The author of such prominent novels as "Crime and Punishment," "The Idiot," "The Possessed," and "The Brothers Karamazov," Dostoevsky is nearly the most read and well-known Russian writer abroad.

According to Dr. Martinsen, Dostoevsky's popularity can be explained in many different ways.

"Dostoevsky's work is dramatic, so it feels alive: he plunges readers into the moral action of his texts. He speaks not only to our minds and hearts, he arouses our emotions – from the painful emotions of shame and guilt to the positive emotions of respect and love. Dostoevsky explored the heart's deep core, and his work speaks to psychologists, philosophers, social scientists, and theologians as well as to writers, literary critics, and ordinary readers," the International Dostoevsky Society president said.

Another reason for the popularity of Dostoevsky's writings is that he is "deeply funny" and "knows how to temper tragedy with humor," Dr. Martinsen claimed.

She also described the writer as "a masterful craftsman and literary experimenter."

"His novella The Double, reviled by his contemporaries, was decades ahead of his time in narrative terms. Dostoevsky self-consciously experimented with form his entire career – which is part of what makes him an inspiration for so many writers. His work is deeply layered and can be read realistically, thematically, and metaliterarily all at the same time," Dr. Martinsen elaborated.

She also recalled that Russian philosopher Mikhail Bakhtin noted Dostoevsky's work is "polyphonic, so it gives voice to multiple aspects of the human experience, but it also has a deep moral core that derives from his authorial vision" and also "incredibly visual – he knew how to stamp unforgettable pictures into our minds and hearts."

"Shame in Dostoevsky's work, for example, is part of our common post-lapsarian experience. We are all fallen, we are all alienated from ourselves, each other, and God. We all strive to reach across the gap and return to a sense of union," she stated.

"In short, reading Dostoevsky requires that we feel as well as understand. Dostoevsky gives expression to our experience as well as to our longing," Dr. Martinsen concluded.